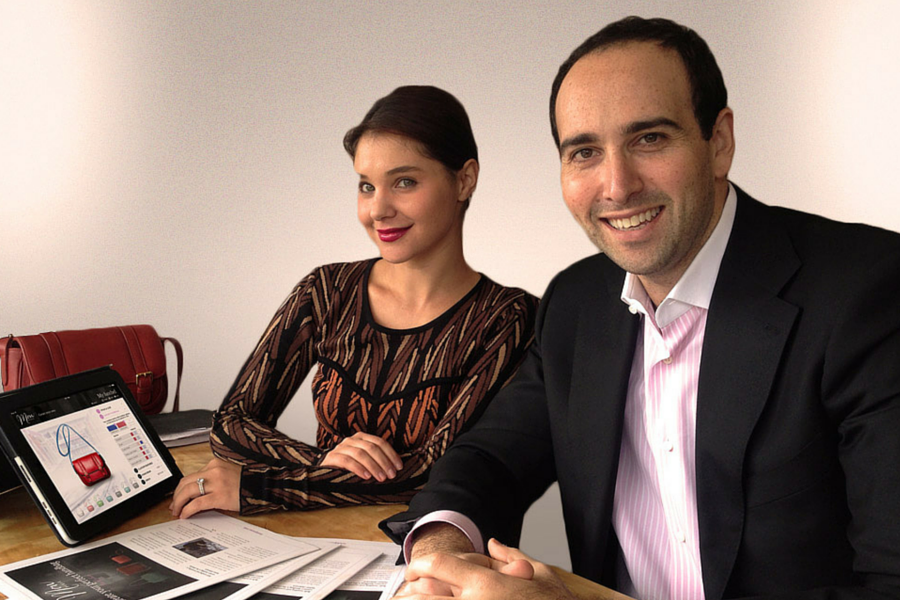 As the old saying goes, a woman’s handbag holds many secrets. It can often be the standout feature of an outfit or become an extra limb with all it carries, so there’s something to be said for investing in a solid, stylish handbag.

Feeling frustrated after spending so long trying to find the perfect bag, Lana Hopkins decided to try making her own, and Mon Purse was born. It can be described as Shoes of Prey for handbags: users can customise their own handbag, choosing from various styles, colours, and fabrics.

“I thought, people can build their own teddy bears, customise their own Nike shoes, and anything you make yourself you love. So I thought there had to be a better way to create luxury, bespoke handbags. That was our dream,” Hopkins says.

With connections in Istanbul, Hopkins and her co-founder Benjamin Levi went over to explore the city’s leather industry.

“I went over with a [Minimal Viable Product] set up to look at hand selected leathers and materials. We had to figure out what was actually involved, because it’s great as an idea but you actually have to look into it and understand more. Then we came back and put together a team of software engineers and designers and launched in October last year and turned our dream into reality,” she says.

The Mon Purse website states that there are 50 million combinations available with its current offerings. With the bags handmade in Europe, the prices are mid-range, starting at around $119 for a clutch and reaching $319 for a rucksack.

Customisation seems to have become a big trend in the last few years. Shoes of Prey has grown online and through its presence in David Jones stores, while established luxury brands like Nike, Prada, Louis Vuitton and others have also begun to offer products that can be customised in some way. However, Hopkins believes that this trend isn’t actually new – before Henry Ford introduced the assembly line and mass production, there was more variety.

“It’s about shifting in the manufacturer’s understanding. You can go overseas and talk to hundreds of manufacturers and explain the concept and they’ll tell you, sweetheart you’re dreaming. You have to take them through it step by step and overcome language barriers and budgets. Normal production lines make it easy, but this is about always being agile and robust and thinking on your feet and starting small and building up,” Hopkins says.

Though she says her co-founder often needs to remind her to think small vision, Hopkins has a clear view of where she wants the business to go: to become the undisputed market leader in high quality yet affordable mass customized women’s handbags, with a presence in China, the US, and the UK. However, the biggest focus in 2015 is having a physical store presence, establishing pop up stores in Australia’s capital cities.

“Before our tech was up and running we found we were selling a lot of handbags in face to face interactions. I would organise rooms of 20, 30 women, who would come in and touch and feel and smell the bags. They couldn’t believe we were selling high quality European bags for the prices we’re selling them,” Hopkins says.

The success of Shoes of Prey, whose products sell in the same general price range, suggests that there is a place in the market for Mon Purse to succeed. People are willing to spend for hand crafted, unique products – just look at Etsy. Like Shoes of Prey, a partnership with a department store once Mon Purse establishes itself would take the startup next level.

For Hopkins, who left a media sales career to work on her husband’s startup iCoverLover a few years ago, startup life is challenging but enjoyable.

“What I love the most is that you’re constantly living your life on the edge, and you’re changing the ways traditional industries work,” Hopkins says.

“I learned in media that you need to be on the ball and constantly respond otherwise you’re going to miss a pitch or opportunity with a client. I’ve learned so many lessons in startups, like how to create an MVP, how to drive eyeballs to a site, how to create an amazing product, and how to make customers happy. Without happy customers you don’t have a business.”

Previous article Looks like DesignCrowd is getting aggressive in 2015 after closing a $6 million Series B
Next article Fresh from raising six figures, Job Forward plans to focus on the tech startup space
Via Profiles
Tags lana hopkinsmon pursestartupsstyle