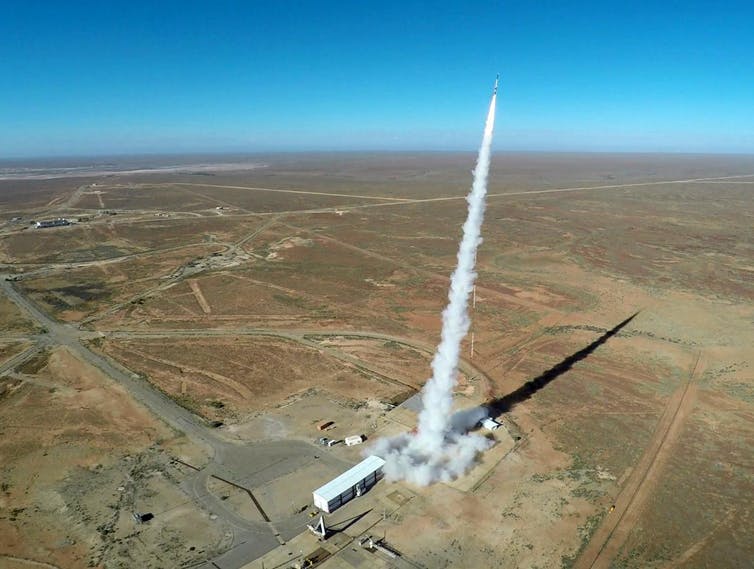 With all of the immense challenges we face on Earth this year, space can feel like an afterthought.

Before the COVID-19 pandemic, the hope of a growing space industry was palpable. Ribbons were cut, buildings were dedicated and Australia’s space industry was going to triple in size in just ten years. But a few weeks into March, Europe and then Australia were slowly grinding to a halt as the reality of COVID-19 set in.

Satellite images from ESA’s Copernicus Sentinel-2 mission in space showed the extent to which the virus lockdown was affecting major cities.

Next came the dramatic global economic downturn that seemed certain to crush Australia’s space ambitions. Consultants began sending a flurry of email surveys to see how everyone in the industry was coping. How would this change the future of our nation’s newest dream?

Work in the space industry has always continued even under the most difficult circumstances. Missions take years to plan and launch. The global space industry has, out of necessity, always embraced uncertainty. Innovation will not stop. International cooperation is still strong. Missions are continuing.

It was just announced that the European Union is signing a billion-euro agreement with French global launch services company Arianespace, with the hope of injecting another 16 billion euros into the European space industry by 2027. This is big news for Australia’s space industry too. Our history with Arianespace goes back to its predecessor, which launched the Europa rocket for the first time ever in South Australia in 1964.

NASA and SpaceX are making headlines for the first trip to the International Space Station in a commercially built and operated American spacecraft with astronauts on board. China’s space program is rapidly developing and an upcoming mission could make it the second country to land and operate a spacecraft on Mars.

In this multinational mix, Australia has much to offer. We are currently leaders in advanced and quantum communication that would make deep space communication possible, as well as creating unhackable communications on Earth.

Our government has taken steps to realise these opportunities through its first round of funding to accelerate the industry and galvanise the future of our space agency.

We are now seeing some amazing post-COVID wins for Australia. Planet Innovation, a Melbourne-based company, was the only Australian manufacturer to be chosen by NASA’s Jet Propulsion Laboratory to make an innovative COVID ventilator. More than 300 companies around the world applied for the opportunity.

A few weeks ago, the Australian National University National Space Test Facility (NSTF) was the first non-COVID research facility at the university to reopen. Its first project was testing a piece of space equipment created by Australian company Gilmour Space Technologies that will fly on an Australian space mission in 2022.

Next, the NSTF team performed testing for Fleet Space Technologies, who drove their components from Adelaide to Canberra as there were no connecting flights. The NSTF has been continuously testing other space components for Australian missions since it reopened.

These are all hard-won successes in the face of COVID, and they speak volumes about the promise of Australia’s space industry.

Our space industry also enables others. Space technologies are transferrable to Earth-bound sectors such as health and mining, and the industry helps economic recovery because it operates at many scales from small research projects to large multi-disciplinary initiatives.

Our nation is set to give rise to bespoke satellites that are proprietary to Australia. We will have our own satellite constellations to address critical issues like drought, water quality management and bushfires.

Our innovation will protect our sovereignty, and global space industry titans like NASA can see our promise with missions like Artemis: Moon to Mars.

Australia’s space industry began in uncertainty, and – despite bushfires, pandemics and massive change – it will succeed under uncertainty.