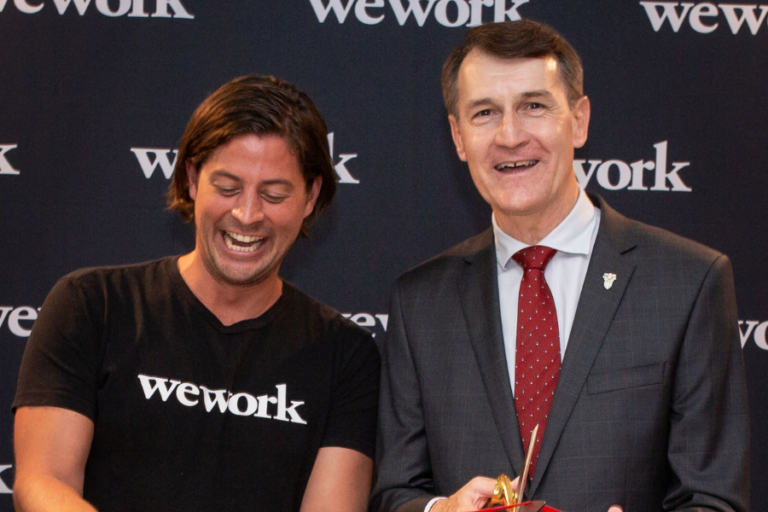 The space on Edward St can house up to 1,400 residents, with members including Zomato and Deliveroo already moved in. Another location is also open on Creek St.

“At WeWork, we’re providing entrepreneurs and businesses the opportunity to scale, grow and collaborate with like-minded individuals. We’re delighted to welcome our Brisbane members to our Australian portfolio,” he said.

“Increasingly, larger companies are coming to WeWork seeking more flexible work/life integration for their employees. Just as smaller companies are focused on growth, large corporations want to remain as innovative and dynamic as a startup.”

Graham Quirk, Brisbane Lord Mayor, welcomed the launch of WeWork in the city, saying it will help in supporting innovative companies of all sizes to ensure they remain in Brisbane rather than heading offshore.

“Brisbane is a leading innovation centre in the Asia Pacific and this new CBD hub will help provide startups and larger enterprises with maximum exposure while boosting our city’s economy and creating more jobs,” he said.

Brisbane is the third Australian city to play home to WeWork.

The organisation launched in Sydney with its first space in Martin Place in 2016; it now has 13 spaces open across Sydney, Melbourne, and Brisbane, with five more already announced. Its first Perth location is set to open in September.

WeWork reported it has 9,000 members across its Australian locations. This number is just a drop in the ocean for the company, however: it has 400,000 members in total, working across 400 spaces in 100 different cities.

While it may have started out with a startup reputation, as Tol pointed out, larger companies are flocking to WeWork.

The organisation counts more than 1,000 enterprise companies – businesses with at least 1,000 employees – as members. These companies represent almost 30 percent of its total membership.

However, it is regaining a focus on startups: the company last year relaunched its WeWork Labs program, which offers startups dedicated spaces, mentorship, and learning opportunities.

Roee Adler, the global head of WeWork Labs, told TechCrunch in January that the goal is to have 100 Labs open by the end of the year.