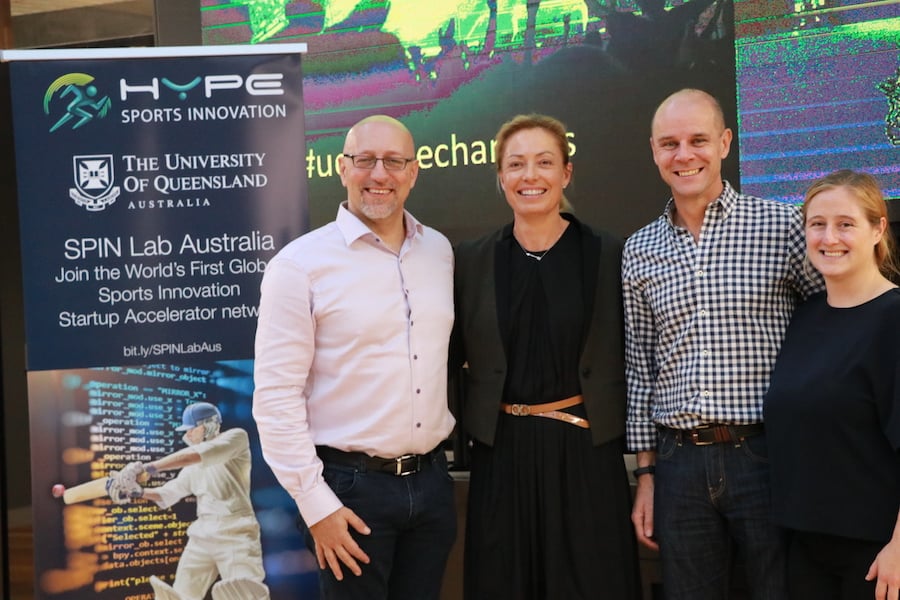 Sport. It has long held a special place for most individuals living in this great nation of ours, and so it should – we have some of the best in the world and for our size and population always tend to hold our own when it comes to global sporting events like the Olympic and Commonwealth Games.

In 2016 / 2017 over $4.5 billion was invested in sports tech globally – that spend includes wearables, smart stadiums and technologies that support the health and safety of players and fans.

At the moment Amir Raveh, CEO of HYPE Foundation, is in Australia to launch HYPE Spin Lab in partnership with the University of Queensland.

HYPE, in a relatively short amount of time, has become the fastest growing global ecosystem for sports innovation, boasting more than 2000 sports and technology brand leaders, 26,000 members and 8000 sport startups, and 500 investors as part of its global community.

The HYPE SPIN Lab concept was first launched in Spain at the home ground of global football giants Barcelona FC and has expanded globally from there.

Each accelerator program runs in conjunction to an upcoming major sporting event such as the World Cup, NFL Draft, or Commonwealth Games, as is the case with this first Australia-based program. The cohort will pitch to investors and key industry decision makers at a sports innovation event to be held during the games, which take place on the Gold Coast early next year.

A winner will be chosen by a panel of judges at the pitch event, and they will receive $25,000 along with worldwide exposure to major sports brands, investors and mentors.

The accelerator program is equity-free and is targeted towards startups that are entering the scaleup phase of their business rather than early stage ideas.

The program is also delivered online with around three to four key events throughout the program that require in-person attendance. For those living interstate or in regional Australia who are successful applicants there will be travel assistance provided to attend

Sportstech innovation is going to be one of the more prominent areas of tech in Australia quite soon with a number of startups around the country currently working on tech that is changing the way athletes are trained, the way fans interact and creating opportunities for never before seen products and business models.

UQ SPIN Lab will select its first intake after the application period of 1 November to 15 December. Applications are open until December 15, 2017 with the program commencing in early 2018.