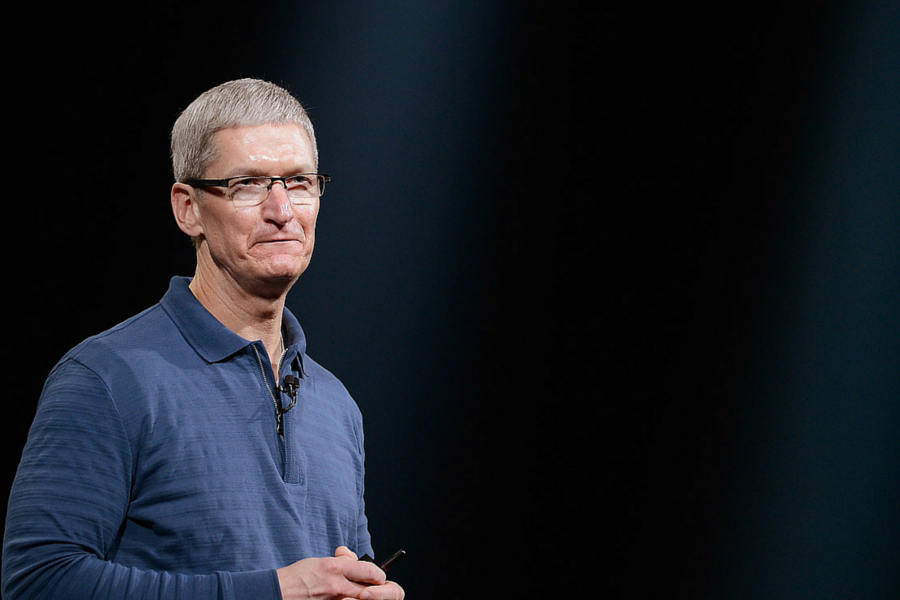 Apple has done an incredible job at building vertically integrated services and revenue streams (Apple Pay, Apple Music, Apple TV+, and the App Store) off the back of its market leading hardware business.

This week it made history as the first company to achieve a market cap of over US$2 trillion.

Some of our favourite Apple-related facts:

We touched on this in last week’s rapid fire section, but think it deserves a bit more explanation – Epic Games is in a battle against Apple and Google that centres around their App/Play Store monopolies.

Epic is the developer of Fortnite, one of the most popular games on the planet with over 350M registered players. Epic’s founder and CEO, Tim Sweeney, is part of a growing group of tech execs who are fed up with Apple’s and Google’s app store duopoly.

Over the last few months Sweeney’s criticisms escalated and, it seems, he decided to take matters into his own hands, rolling out a plan that forced the hand of Apple and Google, landing them in court.

Last Thursday, Epic introduced a new way to pay for in-app currency, which bypassed Apple and Google’s 30% commission claws (if users paid direct they got a 20% discount). This, of course, violated Apple and Google’s terms of service. So they each delisted Fortnite from their stores.

Getting kicked out of the stores was all part of Epic’s grand plan. Immediately after being removed, Epic filed lawsuits against Apple and Google. Apple’s lawsuit was even accompanied by a parody of Apple’s famous Super Bowl 1984 ad (which was a reference to George Orwell’s Nineteen Eighty-Four — and IBM’s monopoly over the computer market).

In essence, the argument against both parties is the same: Apple and Google have a monopoly “stranglehold” on app distribution and payment processing for iOS and Android, and they abuse that market power. That anti-competitive behaviour is “oppressive” and hurts Epic, its competitors, and consumers.

The two lawsuits are slightly different because Android is open, so there are competing app stores like Samsung’s Galaxy Store. However on iPhones and iPads, developers have no other option than to use the Apple App Store to distribute apps. Remember that’s 1.5 billion devices.

Despite allowing competing app stores, Epic contends that Google’s practices mean there is no real alternative to the Play Store. It argues Google uses a myriad of “contractual and technical barriers,” like “intimidating messages and warnings” when users try to install apps from outside of its Play Store.

Then there’s Apple, which is a straight up monopoly. From the Apple lawsuit:

Fast forward to 2020, and Apple has become what it once railed against: the behemoth seeking to control markets, block competition, and stifle innovation. Apple is bigger, more powerful, more entrenched, and more pernicious than the monopolists of yesteryear. At a market cap of nearly $2 trillion, Apple’s size and reach far exceed that of any technology monopolist in history.

This is a great in-depth explanation of how Apple got into this position, which concludes:

Apple consistently acts like a company peeved it is not getting its fair share, somehow ignoring the fact it is worth nearly $2 trillion precisely because the iPhone matters more than anything… it is the foundation of modern life, which makes it all the more disappointing that Apple seems to care more about its short term bottom line than it does about the users and developers that used to share in its integration upside.

Epic wants Apple and Google to change their policies and open the ecosystem to truly allow competing app stores. But the answer may not be that straight forward.

Opening up the iOS ecosystem, in particular, is likely to come at a cost to consumers – security. One major benefit of iPhones and iPads being locked down is that they are super secure, which Apple argues is essential for the average user (who is not techy). Apple’s control over the App Store and payments helps keep credit card details secure and prevent dodgy apps corrupting iPhones.

Don’t wait with bated breath for a court decision on this anytime soon. Lawsuits are long and as each of the parties have deep pockets, none are likely to concede any time soon. Another class-action lawsuit against Apple’s App Store practices has been in the courts for a decade, with no resolution.

However that might not matter. The timing of these lawsuits coincide with increased public and political scrutiny over Big Tech’s monopolies, with the recent Congress hearing, EU Apple antitrust investigations, along with high-profile complaints and lawsuits from others in tech industry including Spotify, ClassPass, AirBnb and new email app, Hey.

Law makers are going to be forced to take action with all this momentum and noise. Whether their choice of regulation and remedy is logical, is a whole other question.

Google is playing hardball with the ACCC (and Aussie media) with a new campaign that displays warning messages (sound familiar?) to Google users – “your search experience will be hurt by new regulation”.

The campaign is in response to a draft code that would require Google and Facebook to pay media companies for their content. This is a world-first attempt. Arguably other countries would follow suit to enact a similar tax. So Google throwing all its weight at stopping the code from going through.

As we’ve written before, the proposed code isn’t the best solution to Google’s monopoly (or the loss of journalism jobs). There are lots of holes in it, and it won’t solve the real monopoly problem – it just pours cash into media’s coffers.

Relatedly, we enjoyed this excellent interview with the CEO of the New York Times on its 2012-2020 transformation strategy.

* Gavin is the Founder and CEO of Ignition Lane, a firm applying the Startup Mindset to business consulting. He has 25 years of operational and investing experience in the technology industry spanning startups, corporates and venture capital. Contact him via Twitter  LinkedIn  Website
* Bex is a founding partner at Ignition Lane. Contact her via Twitter  LinkedIn  Website
Previous article The incredible story behind creating Buildkite, the $200 million ‘best-kept secret in DevOps’, by an investor there from the start
Next article The fight between Apple, Google and Fortnite reveals how far big tech will go to retain power
Via Topics
Tags contributor postGavin AppelIgnition LaneRebecca Eastwoodweekly wrap