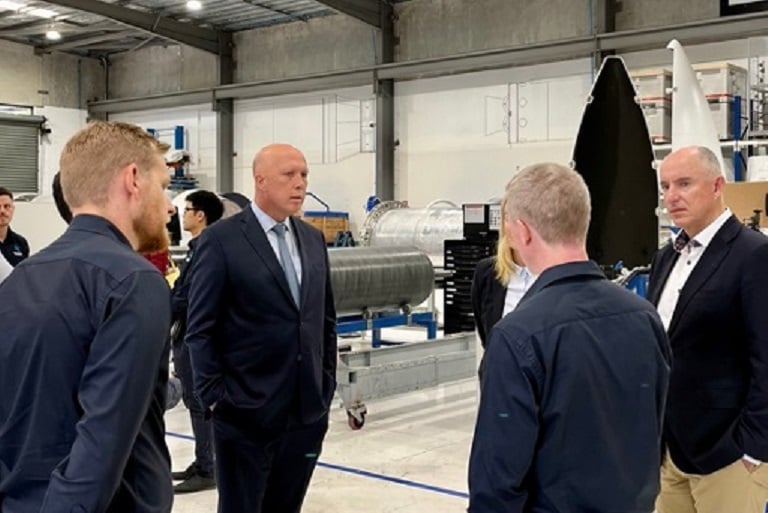 The federal government has awarded Queensland rocket company Gilmour Space Technologies $15 million to develop and launch a new sovereign surveillance satellite as part of a $7 billion ramping up of the nation’s space capabilities.

“In line with our recently released Defence Space Strategy, Defence is closely engaged with the Australian Space Agency and Australian industry to develop and supply sovereign space surveillance and mission system capabilities,” he said.

“I am proud to announce this $15 million investment in new military space capabilities to counter threats and assure our continued access to space-based intelligence, surveillance and reconnaissance.”

“Since that time, we have been testing materials and propulsion technologies – all with a view to developing a hybrid rocket to launch payloads and small satellites.”

Minister Dutton said Defence is aiming to launch a satellite prototype in conjunction with Gilmour Space by mid-2023.

“This is what we can achieve when government manages our economy well, invests in defence capability and backs Australian industry to help grow jobs now and into the future,” he said.

The Defence Space Strategy is Australia’s first and was accompanied by a public “Space Power eManual” the main areas of focus for Australia’s defence capabilities in space.

Gilmour Space CEO Adam Gilmour said the government support was “a big milestone” for the company as it developed sovereign space and launch capabilities for civil, commercial and Defence customers.

“Under this deal, Gilmour Space will be developing a G-class satellite for Defence and launching it on our Eris rocket from an Australian launch site,” he said.

“We firmly believe that partnerships like this will help to grow future space and Defence primes in Australia and lead to more capability for Defence in the years ahead.”