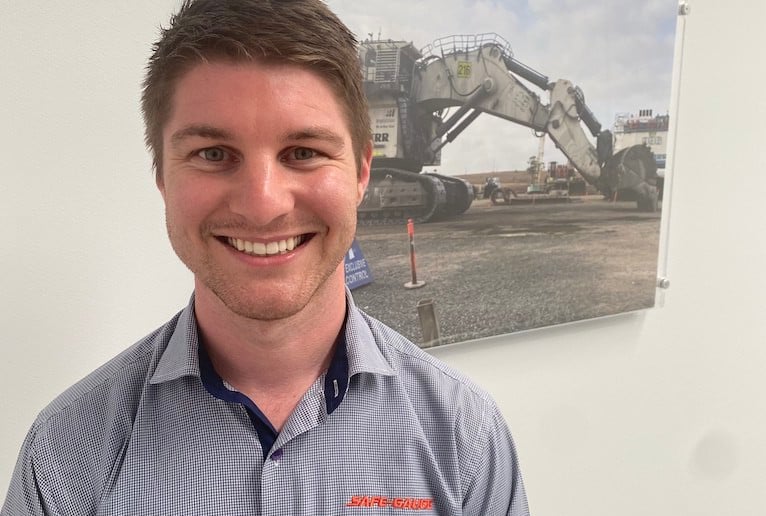 Founder and Managing Director Luke Dawson said he had to prove his worth in a three-step pitching process that ran through the second half of 2021 before the deal with landed on New Years Eve. He set out to raise $1 million and said he was “blown away” by the interest in Safe Gauge.

“The capital raise has given us a great opportunity to continue our fast-paced trajectory and increase growth in three areas of the business including sales, marketing and product development,” he said.

Dawson started 2022 using the cash to expand the team, which has grown from seven to 12, adding engineers, service technicians and a sales manager to new premises in Beresfield, NSW.

He said moving from a startup incubator to a new home allowed them to set up their own policies, processes and create their own culture within the business.

“It’s an exciting time for Safe Gauge. Our vision is for the current and future tooling we develop to become standard practice for all maintenance technician’s around the world, increasing the global safety and efficiency standards,” he said.

The business sold its first product in 2020, producing live testing solutions that ensure the safety of workers in mining, construction, defence, rail and agriculture. They’re currently sold in Australia, the Americas, South East Asia and Africa, with Safe Gauge looking to expand its distribution channels and put boots on the ground in those key regions in the next 12 months.

It also released a new product, DataLink, which allows engineers and technicians to monitor machine performance and pick up on irregular trends to reduce the likelihood of machine failure.

Dawson said he was pleased to see several investors offer their expertise and experience for the board. Former UK-listed Seeing Machines CEO Ken Kroeger has signed on as chairman, with former BHP Vice President of Safety, Barry Formosa becoming a director.

Kroeger said: “The high demand for Safe Gauge’s initial product offering – a wireless hydraulic pressure sensor solution that moves vehicle technicians away from the dangers associated with working on a running piece of heavy equipment – is proving very popular with both major mining companies and the equipment manufacturers’ technicians that perform highly specialised maintenance tasks”.