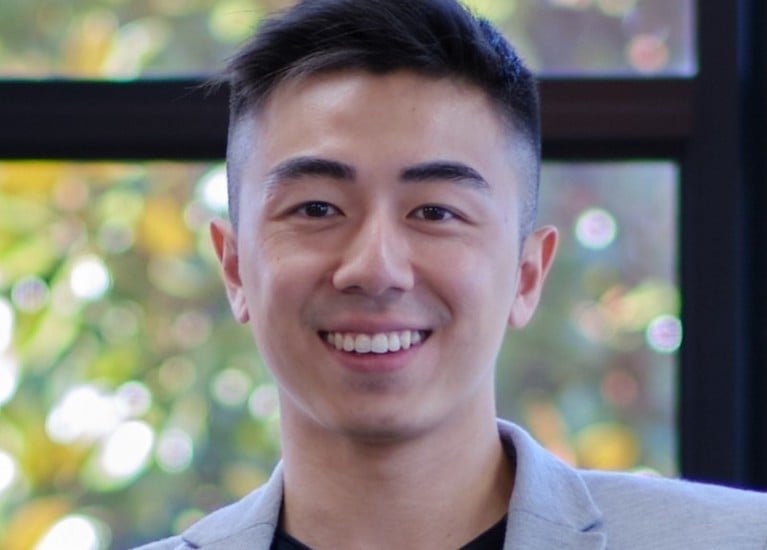 The raise was backed by leading NZ VC GD1, along with Phase One and Uniservices and several others. The capital will support growing international demand, and to bring on more developer support.

“A few months prior, I had taken a photo of my brunch and posted it on my Instagram. A few minutes later, a friend walked into the cafe – they had decided to head out after seeing my pic,” he said.

“That was a ‘lightbulb’  moment. I made a sale, although I’m just a software developer! The power of word of mouth is well known, but with social media, we have the power to scale that word of mouth. I wanted to build out eVouch to combine the trust inherent in word of mouth with the scale of social media – which has great synergy with ecommerce.”

But then the pandemic arrived, shutting down the hospitality sector in an instant. A small upside to the lockdowns was they gave Yao time to “think outside of the box” about the next steps. He broadened the idea, building a brand-new app in just 8 week, as part of the Shopify 2021 App Challenge. eVouch quickly gained over 500 customers, with the majority located in the US.

eVouch helps businesses to turn their customers into brand advocates by encouraging them to share their experience with their personal networks in return for rewards.

Yao said some customers reported 36 x the marketing ROI for their spend.

“Marketing is changing, it’s all about community now, and what better way to build community than through the word of mouth of your shoppers?” he said.

“At eVouch we’re building a way for all businesses to access the most authentic form of marketing, at scale. That’s more powerful than any ad you can ever pay for. It doesn’t matter if you’re a small cafe or a multinational e-commerce chain – we exist to make marketing easy, authentic, and automated.”

He said that unlike referral programmes which ask someone to target only a handful of people in their network, a businesses can potentially tap in to everyone in a customer’s social network.

“The app enables businesses to create and upload high quality creative and verify that the creative has been posted, as well as taking care of sending the customer a voucher for their efforts. It’s easy, and it’s frictionless,” he said.

““With eVouch, customers of Shopify websites can post an Instagram story about the brand; and instantly be rewarded for their marketing effort just like influencers. At scale, this democratises marketing to a consumer level, while enabling brands access to the power of word of mouth.”

GD1 co-managing partner Vignesh Kumar said marketers understand Intuit’s Scott Cook’s adage that ‘a brand is no longer what we tell the consumers it is, it is what consumers tell each other it is’.

“Merchants are feeling the pain of not being able to market in the same way due to changes in iOS; and they’re looking for new ways to reach their audience,” he said.

“What Eugene and the eVouch team have built allows companies to tap into the power of social endorsement, at scale, extending the traditional marketing model of 1:1; to that of 1:1 to many. It’s clever; and it’s a concept that we expect to catch on as the future of social share marketing.”