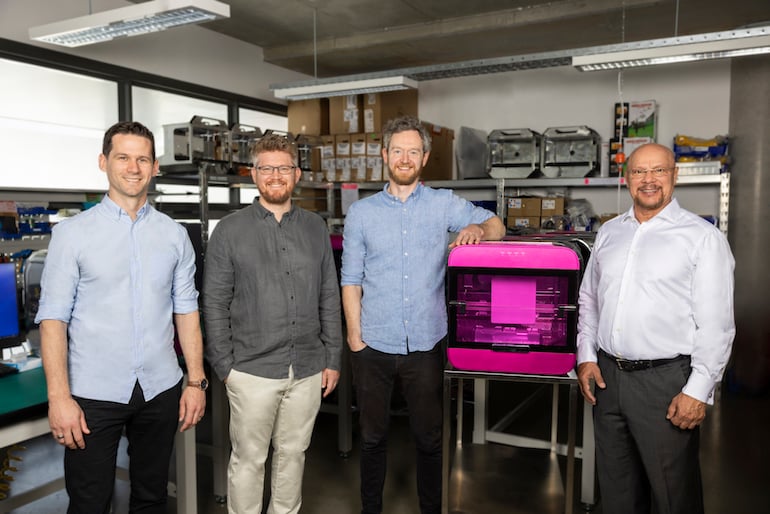 The round was let by Blackbird Ventures, with Skip Capital the family VC of Kim Jackson and Atlassian’s Scott Farquhar once again backing the Sydney-based company. Inventia has now raised $45 million in total.

The cash injection is earmarked for expansion into the US, ramp up the headcount from 36 now to 150 by 2024, and market its RASTRUM 3D cell culture platform. Inventia builds printers and formulate bioinks that together allow human cells to be printed in three-dimensional structures to aid with research and medical discovery.

Dr Ribeiro said the Series B raise was a “very significant milestone” for the company.

“The funds will enable us to scale up and take full advantage of the increasing global interest in such things as new approaches to cancer research and the development and validation of new drugs,” he said.

“The biomedical applications for the use of the RASTRUM platform are very diverse. For example, it can be of enormous benefit to the pharmaceutical industry, by allowing new drugs to be tested in a 3D cellular environment and eliminated if necessary, long before they reach the stage of  clinical trials.

“This can reduce by hundreds of millions of dollars the total cost of bringing a successful drug to market. Similarly, cancer researchers can now work at scale with cell models that mimic the human body almost exactly and produce research results that are more accurate and predictive than before.”

“It’s a technology that improves cancer and other cellular research in a fundamental way, and the benefits of this will reshape  many biomedical industries, in particular the pharmaceutical industry,” he said.

“Our financial  support of Inventia reflects our firm belief that there is a broad-based and urgent need in the biomedical world for what the company has developed and that its impact is going to be truly generational.”