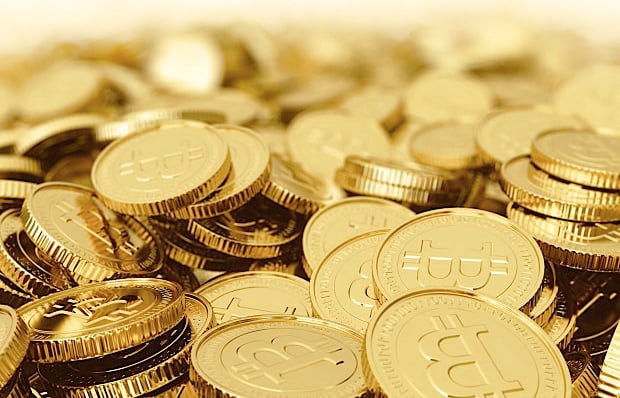 Elon Musk, the chief executive of Tesla, recently announced his company had bought US$1.5 billion (almost A$2 billion) of Bitcoin.

The announcement led to a flurry of enthusiasm and a quick surge in price for the controversial cryptocurrency.

This price bump has been good news for Musk in the short term. At one point, Tesla’s Bitcoin investment had gained more than US$1 billion in value. But can the enthusiasm be sustained? I think there is a good chance that over the next year the price of Bitcoin will drop towards its fundamental value, which is nothing.

If Bitcoin were to lose half its present value — which is not unlikely, given its extremely volatile past behaviour — Tesla will lose around A$1 billion.

As Elon Musk owns about a fifth of Tesla, he would then be down A$200 million. In contrast, I own no Bitcoin so I will lose nothing, which means I will have done A$200 million better than Musk.

Why Musk’s decision is a bad thing

Musk is not doing Tesla’s shareholders any favours. If they wanted to be exposed to the rise and fall of Bitcoin they could just buy some themselves. Now they have no choice; if they want to invest in Tesla electric vehicles, they are also vulnerable to the vagaries of Bitcoin.

The usual justification for making investments more diverse is that it can reduce risk. But buying the extremely volatile Bitcoin will make Tesla’s earnings even more uncertain.

Nor is Musk doing his fans any favours. As a “rock star CEO” with more than 40 million followers on Twitter, his musings are widely reported in other media.

By publicly endorsing Bitcoin, Musk may lead some of his fans to invest in this highly risky speculative asset. They may not be as well placed as a multibillionaire to absorb any losses on their investment. (To be fair, Musk has warned them not to invest their life savings.)

Nor is he doing the inhabitants of this planet any favours. The generation of Bitcoins (known as “mining”) uses vast amounts of energy to power specialised computers solving complex but useless mathematical problems.

Estimates vary as to how much energy they waste. Some studies suggest Bitcoin production uses more electricity than the whole of Argentina, Poland, Norway, or Switzerland. But even the lower estimates are that it results in more carbon emissions than Estonia. And if Bitcoin becomes more popular this will only increase.

What will the Bitcoin price do?

Bitcoin may be the purest ever example of a speculative bubble. It follows in the footsteps of famous bubbles such as the South Sea bubble, the Dutch tulip mania, gold around 1980, the dotcom boom of 2000, and the US housing market before the global financial crisis of 2008.

But past bubbles have had more going for them. Houses provide shelter. Gold has industrial uses and jewellery can be made from it. The South Sea Company and millennial tech stocks at least promised streams of future dividends. Even tulips can be admired for their beauty.

Bitcoin offers no return at all unless you can resell it to a “greater fool”. It is a Seinfeld asset — a speculation based on nothing.

The limits of Bitcoin

Bitcoin’s backers often say its value stems from the fact that supply is limited. This is complicated by the fact dissident users have created “forks” in the past, leading to schismatic bitcoins such as Bitcoin Cash.

But even if we accept the limit at face value, there is no limit on the creation of other cryptocurrencies. There are literally thousands of them already, such as Litecoin, Tether and Dogecoin. In any case, just because something is in limited supply, that does not inherently make it valuable.

Another argument for Bitcoin says it could be an alternative to traditional currency for making payments. The first purchase made with Bitcoin was more than a decade ago: two pizzas, paid for with 10,000 bitcoins. (I hope the buyer enjoyed the pizzas, because the coins would now be worth US$500 million.)

Despite the hype, very few vendors accept Bitcoin and hardly anyone pays with it. A Sydney art gallery that accepts Bitcoin has never had anyone buy anything with it, while a bar that accepts it reports no customers using it for years. Even some crypto conferences refuse to accept Bitcoin. You can buy an “I accept Bitcoin” t-shirt on Amazon but you cannot pay for it using Bitcoin.

This is unlikely to change materially. Tesla has hinted it may accept Bitcoin in future, but so far does not.

There are inherent limits to the ability of Bitcoin to provide payment services. The Bitcoin network can only handle 10 transactions per second, compared with the 1,000 per second allowed by Australia’s Fast Settlement Service. Transactions may be stuck in a queue for hours. If any electronic currency becomes a significant payment medium, it is likely to be a central bank digital currency which would be legal tender and able to be used for very large numbers of transactions.

Musk has plans to colonise Mars, so maybe he will declare Bitcoin the legal tender there. But until then it would be better for all of us if he kept it off Tesla’s balance sheet.