Budget 2018: changes to the R&amp;amp;D Tax Incentive and $1 million to support review into &amp;quot;measures of innovation&amp;quot; 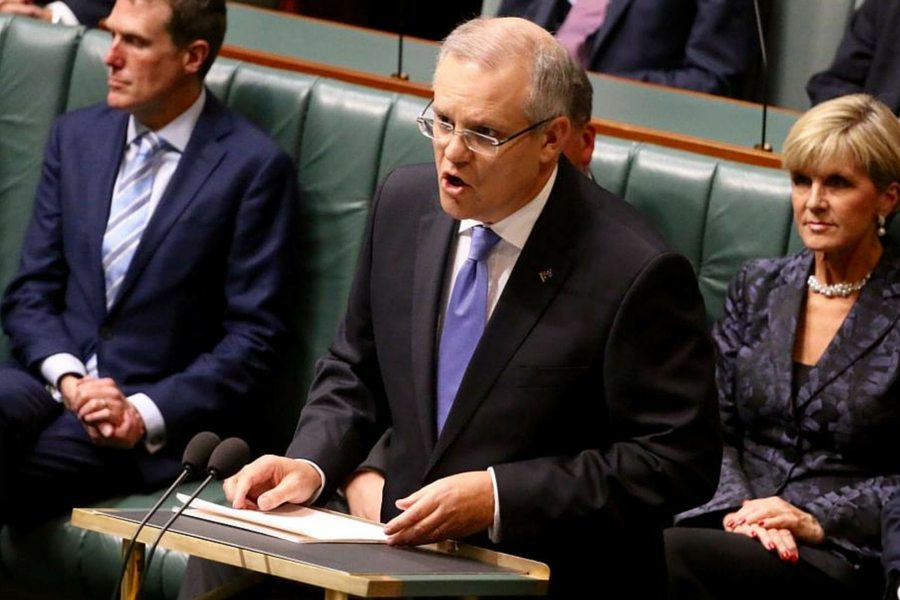 As the startup community has grown and developed over the years, its Budget wishlists have also grown longer in the lead up to the second Tuesday of each May.

While the big hope for many is another National Innovation and Science Agenda-style package, the most the startup community can content itself with in 2018 is the affirmation from Treasurer Scott Morrison that, of the “five things we must to do to further strengthen our economy to guarantee the essentials Australians rely on”, number two is “keep backing business to invest and create more jobs” (although he specifically shouted out “small and medium sized businesses” here, not startups, sorry).

Perhaps the problem is that the government doesn’t quite know – despite the launch of Innovation and Science Australia’s 2030 strategic plan outlining what must be done to turn Australia into an innovation powerhouse – where to invest to support innovation. With this in mind, it has announced $1 million in funding over two years to support “a review of existing domestic and international measures of innovation”, with the cost to be met from internal resources of the Department of Industry, Innovation and Science.

According to the budget papers, the review “will inform the development of new metrics that will ensure that innovation is accurately measured in Australia to guide evidence-based policy and better target investment in innovation as a driver of economic growth”.

While startups wait for that, of the measures that were announced, perhaps one of those with particular significance for startups is an overhaul of the R&D Tax Incentive aimed at improving “the effectiveness, integrity, and additionality” of the program. It follows a 2016 review of the scheme.

“Although the majority of taxpayers do the right thing, some claimants, spread across all industry sectors, have engaged in behaviour such as incorrect self-assessment of eligible R&D activities, exaggerating their expenditure claims, ‘pushing the boundaries’ of the interpretation of the R&D definition and engaging in other forms of non-compliance,” the government stated.

The government will, from July 1 this year, introduce a $4 million annual cap on cash refunds for claimants with aggregated annual turnover of less than $20 million, while amounts over the cap will become a non-refundable tax offset that can be carried forward.

As part of the overhaul, the government will also exclude R&D tax offset for clinical trials from that $4 million cap, “recognising the critical role of R&D expenditure on clinical trials in developing life changing drugs and devices”, and amend the refundable R&D tax offset so it’s a premium of 13.5 percentage points above the claimant’s company tax rate for any given year, so as to reduce the need to make amendments as company tax rates change.

Alex McCauley, CEO of StartupAUS, welcomed the raising of the cap to $4 million – the 2016 review had proposed $2 million – and the focus on genuine claims.

“We want to make sure funds from this program continue to support legitimate startups for a long time to come. That means keeping a tight grip on the scheme’s integrity,” he said.

However, with that focus on integrity and a crackdown on claims, McCauley called on the government to provide clarification around the eligibility of startups in the scheme.

“We’ve been saying for a while that this program has a narrow focus on research, to the exclusion of development. That makes it hard for startups – particularly in the software space – to be 100 percent sure about what they’re allowed to claim,” he said.

“A ‘crackdown’ therefore leaves them particularly vulnerable, even in circumstances where they’re legitimate companies trying to do the right thing. The stakes are really high here for startups and founders who often rely on this scheme for the survival of their business in its early stages.”

Meanwhile, the $20,000 instant asset write-off has been extended for 12 months to June 30 2019, allowing businesses with turnover of up to $10 million to replace or upgrade their tech assets, while the government has also announced $20 million in funding over four years from 2018-19 for the establishing of a Small and Medium Enterprises Export Hubs program.

The Hubs will look to “enable cooperation and boost export capability of local and regional businesses, through support to develop collective brands, leveraging local infrastructure to scale business operations, and positioning regional businesses to participate in global supply chains”, the government stated, while $20 million will also be provided to establish an Asian Innovation Strategy.

The funding will expand eligibility for the existing Global Innovation Strategy grant program, which looks to support Australian businesses and researchers across the world, creating a new funding stream within the program focused on Asia.

The government stated it will “leverage co-investment” by foreign governments to help Australian businesses “take full advantage of strategic opportunities in Asia”.

Also announced was $41 million in funding over four years to grow the local space industry, with $26 million to establish a national space agency, and $15 million over three years from 2019-20 to establish the International Space Investment project.

This project will provide grants to “strategic space projects that generate employment and business opportunities” in Australia.

Close to $30 million will also be provided over four years to support development in artificial intelligence and machine learning, with additional funding to the Cooperative Research Centres Program to support projects focused on these areas, funding for PhD scholarships focused on AI and ML and school programs to address skills gaps, and the development of a tech roadmap, standards framework, and a national ‘AI ethics framework’ to “identify global opportunities and guide future investments”.

The government also hopes to encourage more women into science, technology, engineering, and maths (STEM) education and careers with $4.5 million in funding over four years.

This funding will go towards a Women in Science Strategy, a “decadal” plan for women in science to provide a roadmap for “sustained increases” for women’s participation in STEM, the work of a new Women in STEM Ambassador, and the creation and distribution of a ‘STEM Choices’ resources kit to address the under-representation of girls in STEM education.

Other tech-related announcements of note include $36.9 million in funding over three years from 2019-20 to provide Australians with access to “reliable” standardised satellite data through the Digital Earth Australia program which, among other things, the government stated “can be used to build new digital products and services for commercial purposes”.

$70 million has also been allocated to the Pawsey Supercomputing Centre, to upgrade its Galaxy and Magnus supercomputers, while just under $225 million will be provided over four years to deliver comprehensive positioning, navigation, and timing (PNT) data with accuracy of three to five centimetres to regional and metro areas with mobile phone coverage, and accuracy of 10 centimetres across areas without mobile coverage, to improve GPS capabilities.

Open banking is also a step closer, with $44.6 million allocated over four years to establish a consumer data right (CDR), which will allow consumers and SMEs to access and transfer their data between service providers in specific sectors; the banking, energy, and telco sectors are expected to be the first cabs off the rank.

Of this, just over $20 million will go to the Australian Competition and Consumer Commission (ACCC) to help it determine the costs and benefits of designating the sectors that will be subject to the CDR, as well as develop and implement rules to govern the CDR and the content of data standards.

The CDR has come out of the Productivity Commission’s inquiry into Data Availability and Use, which recommended that a ‘Comprehensive Right’ to data should allow consumers to, among other things, share joint access to and use of their data with the data holder, receive a copy of their consumer data, request edits or corrections to it for accuracy, and be informed of the trade or other disclosure of consumer data to third parties.

Previous article Athena raises $15 million Series A to connect Australians to super-backed home loans
Next article Steve Baxter to move on from River City Labs, calls for expressions of interest for new owner
Via Topics
Tags