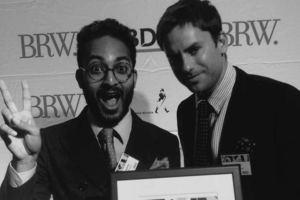 Oscar Martin and Chris Wirasinha are fast becoming two of the most influential figures in the Australian media landscape. Their meeting at digital agency Universal Maccan almost 10 years ago now, back in their early twenties instigated plans for the pair to write and produce their own television show. As the idea pivoted and research was done around the subject, they decided to do something that back in the early 2000’s was a pretty new concept – produce a free DVD magazine.