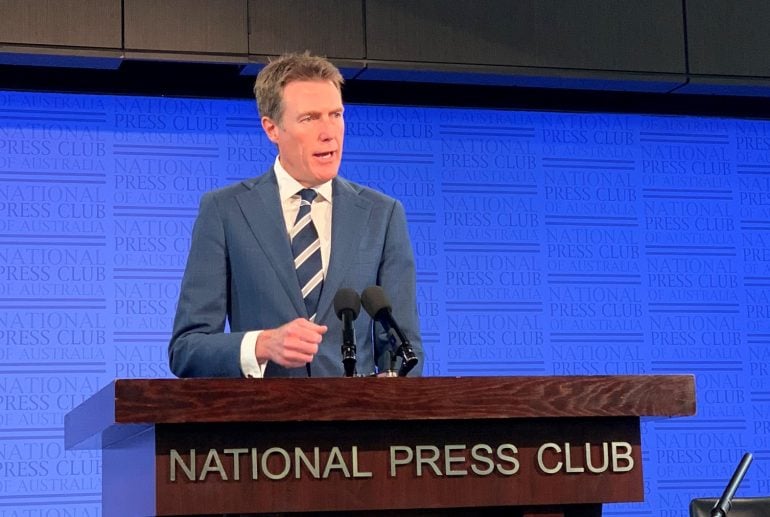 Federal Industry, Science and Technology minister Christian Porter has resigned after just five months in the role over a blind trust that saw him take money from anonymous donors to pay the legal fees in his defamation case against the ABC.

Porter came under pressure last week after listing the trust on his Members’ Register of Interests, with the donors who paid his legal fees unknown by the minister. He chose to not find out who donated to the blind trust.

Porter discontinued the case against the ABC before it went to court.

In a statement on Sunday, he said he considered that additional disclosures provided under the Ministerial Standards were in accordance with its additional requirements, but after discussing the matter with the Prime Minister, he accepted that any uncertainty was “a very unhelpful distraction” for the government.

“Ultimately, I decided that if I have to make a choice between seeking to pressure the trust to break individuals’ confidentiality in order to remain in cabinet, or alternatively forego my cabinet position, there is only one choice I could, in all conscience, make,” he said.

Morrison announced Porter’s resignation on Sunday afternoon saying he took the appropriate course of action to uphold ministerial standards when he was unable to disclose who the donors were.

“The inability for him to be able to practically provide further information because of the nature of those arrangements, if he were able to do that, that would allow Minister Porter to conclusively rule out a perceived conflict,” the PM said.

“His actions have been about upholding the standards. Our discussions today were about upholding those standards. We each believe they’re incredibly important. And it isn’t just about actual conflicts. It is about, under the standards, for Ministers to have an obligation to avoid any perception of conflicts of interest. And that is what, ultimately, has led the Minister to make that decision.”

Porter is planning to stand for re-election for his Western Australian seat in the upcoming federal election, expected in early 2022. He is yet to be preselected.

Alan Tudge is the third industry minister in 2021, and the fifth in five years.

Porter stepped down as Attorney-General in the wake of sexual assault allegations, which he strenuously denies, and his subsequent legal action against the ABC, before a ministerial reshuffle that saw him take the science, tech and industry role, to widespread concern in the tech and startup sector.

Avertro CEO Ian Yip said the resignation of Porter gave the government a chance to show the sector they mattered.

“Christian Porter’s appointment as Minister for Industry, Science and Technology wasn’t particularly welcomed by many in the technology sector, especially given the cloud of controversy he was already under,” he said.

“It served as further evidence of the Prime Minister’s lack of support for our national innovation agenda. Most will be glad to see the back of Christian Porter. This is an opportunity for Scott Morrison to finally show some semblance of evidence that he understands the critical place innovation holds for the future of Australia.”

Previous article Fundsquire lands $75 million for startups looking to ramp up their R&D
Next article Why your internet feels slow and jumpy, even when you’ve paid for high-speed NBN
Via Other
Tags auspolChristian Porter