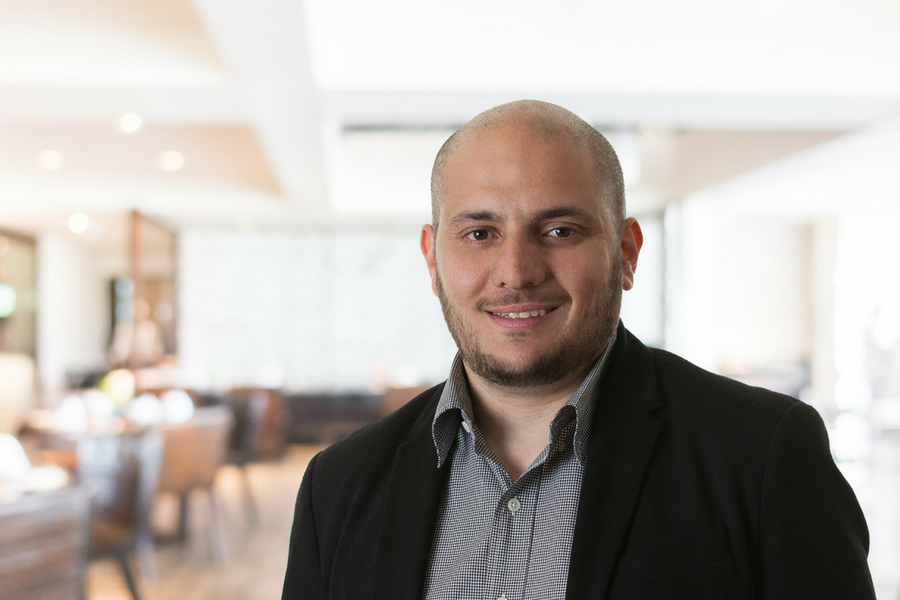 There is no shortage of platforms out there aiming to help restaurants – from EatClub, which helps them fill empty tables on short notice by pushing out deals to those nearby to a whole range of delivery services, to the Yelps and the Deliveroos, Uber Eats, and Menulogs of the world.

Despite the range of services coming at the cafe and restaurant business from every angle, food remains one of the toughest industries in which to run a business.

Coming in at another angle, focused on helping food businesses develop and sell via their own brand rather than putting this in the hands of another service, is Order Up.

Founded in 2011 by John Saadie, Order Up provides food businesses with an end to end solution, helping them manage their online presence, ordering, payments, and delivery.

“It eliminates the need to rely exclusively on food delivery services like UberEats – and it places the control and the profits squarely back in the hands of those who are actually providing the goods and service, rather than a third-party player,” Saadie said.

“Most importantly we enable the brands to own their own customer, continue to grow their brand online, and have creative freedom over marketing. Investing in your brand, building customer loyalty and building your own ecosystem is important in such a low margin and competitive industry.”

Order Up evolved out of a previous business Saadie ran, a graphic design studio that he launched from home in 2003 and built into a digital agency.

He was approached in 2011 by the owner of a local pizza restaurant who, seeing a hit on his bottom line after Dominos and Pizza Hut launched online ordering systems, asked if Saadie could build him one. Saadie could, but it would cost around $20,000 to develop and the owner didn’t have the funds to pay for it.

“I did some research among my other restaurant customers and found that they were all keen on the idea but couldn’t afford to build it, let alone host and maintain it themselves. In that moment I identified an opportunity and came up with a way to make it achievable for them,” Saadie said.

“We would build the system for a minimal upfront cost and we would then take a fee for every order for as long as we were providing the service. We would look after everything, and all they would have to do is make the food. The concept was approved and Order Up was born.”

The system went through a couple of iterations as Saadie worked to perfect the product; among the key issues he worked to fix was the system’s reliance on sending orders to restaurants via email, which could see emails sent to junk folders.

The solution was to develop software that enabled orders to be placed online and then printed directly through to a thermal printer in-store immediately. However, the tech troubles didn’t end there, with laptops in-store crashing or going to sleep taking a store offline.

In turn, Saadie said, Order Up worked with an international manufacturer for two years to perfect a product they already had ain development, an all-in-one tablet and thermal printer.

Having first come up with the idea after being approached by the owner of a pizza shop, Saadie said the startup’s initial target market was independent pizza shops.

“Even today pizza is one of the most common items ordered online, so that was where we thought we could make the biggest impact,” he said.

The pitch, Saadie explained, revolved around teaching them the value of an online presence and ordering; not only could it help expand their reach to new customers and reduce errors from misheard phone orders, but they could also make extra money from toppings that were unknown to customers.

However, getting clients on board wasn’t easy, Saadie admitted; 2011 were the early days of online ordering.

“Most of the customers we approached at the time didn’t even have a point of sale system, or even EFTPOS in some locations, so selling online ordering was not easy,” he said.

Of course, a lot has changed since 2018 – for some consumers the idea of going out to eat instead of ordering online and having it delivered to their door is almost absurd.

Saadie said Order Up began to see “a huge uplift” in its onboarding from 2012, when Menulog began to take on the scene.

“They had the funds and scale to educate the market, so that meant we didn’t have to do the education piece in our pitch anymore. Customers knew this was something they wanted and where looking for options,” he explained.

With the likes of Deliveroo and Uber Eats now dominating the scene, Saadie believes it’s important for food businesses to understand the landscape, the differences between different services, and the importance of keeping their own brand in their control.

“There has been a trend of late that small businesses are turning away from food delivery apps because financially it’s not viable for them. These services take quite a large commission from clients and a lot of food retailers are struggling to keep up,” Saadie said.

“They’re either forced to cut corners or they’re raising prices, both of which aren’t fantastic options for the consumers. In my opinion they are a short term gain with long term pain. I am not saying not to use them or try them, but not exclusively. You need to have your own platform as well.”

Uber Eats, for example, charges food outlets a 35 percent commission on orders; Menulog, meanwhile, charges 13 percent for its listings and order service, with outlets needing to provide their own delivery service.

Beyond the cut they lose to various apps, Saadie said the fact businesses aren’t given access to the details of customers for future purchases and marketing is another issue.

Having raised seed funding from Tony Gandel in late 2016, the startup earlier this year raised a further $1 million, with the decision to raise coming, Saadie said, as he realised Order Up had become “the victim of our own success”.

The startup was getting so busy, he said, it couldn’t handle the new business while also maintaining the existing system and providing support to clients.

“Starting a business is tough and any entrepreneur or business owner will attest to that. There’s often not a lot of money there at the beginning and it’s important to have the right amount of capital to support you. It’s common knowledge that 90 percent of startups fail. I needed some backing to truly see the process through at its greatest potential,” Saadie said.

Beyond the funding, Saadie said bringing on investors whose expertise he could leverage was key.

“It was important for me that my investors were able to support me in regards to commercial decisions and also as a sound board for when I had any questions or issues. For me, raising capital was like buying experience. The money without the support would have not been as valuable.”

Along the way, Saadie said he learned the value of building the right team.

“Finding the right team in any business is always an ongoing process. There are personality problems and blurred lines. I had to learn to rely on people and trust people to sell the product, and sell it well and honestly,” he said.

“I’ve had my fair share of bad experiences, but I’ve also surrounded myself with people who are in it for the right reason. The best thing you can do in business is work hard, have a thick skin, don’t take things to heart and just keep on moving.”

With Order Up now powering restaurants such as Criniti’s, Grill’d, and Nandos, Saadie said his aim is to see Order Up live in more than 1,000 locations around Australia before the end of the year. He is also exploring international sites.