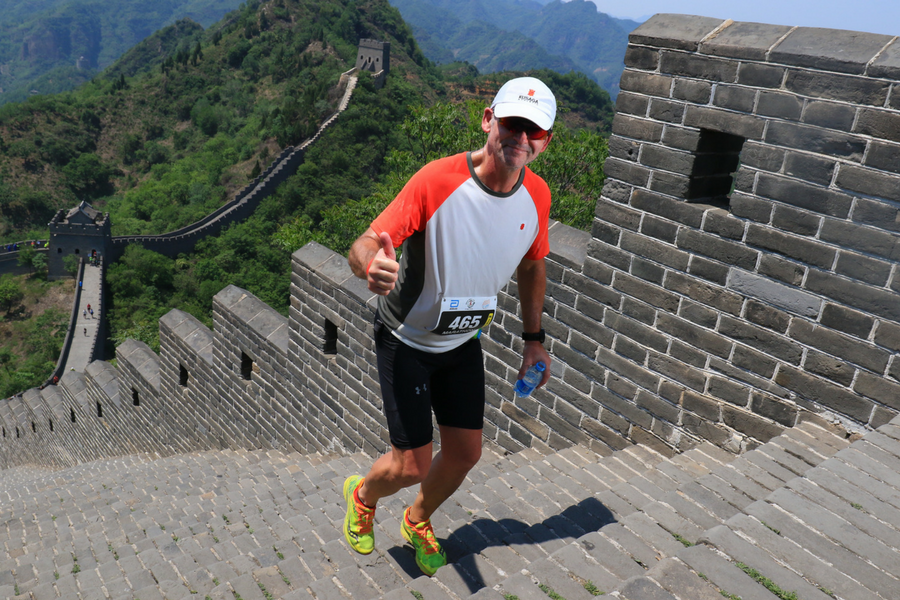 With the rise of fast fashion in Australia has come a steadily growing resistance, with more consumers putting more thought behind the clothes and other assorted products they buy and where they have come from.

But no matter how well-meaning someone may be with their own purchases, there are other times when all that’s available is something cheap and mass-produced – like the t-shirts often given out at events.

Looking to change that by providing event organisers with ‘the greenest t-shirt on the planet’ is Kusaga Athletic. The business was founded by Matt Ashcroft and Graham Ross, born out of the frustration with the poor quality of shirts given out to hundreds of thousands of participants at global races and events each year.

“My wardrobe was being overtaken by piles of uncomfortable and unwearable shirts, so I decided to investigate why these shirts were so dreadful, and look for a better alternative,” Ross explained.

Through his investigation, Ross discovered that there is more to the runners’ tees than the fact that they’re uncomfortable – the process of their production is harmful to the environment. According to the WWF, it can take 2,700 litres to produce the cotton needed to make just one t-shirt.

“The plastics-based fabric used for the tees is produced with nasty petrochemical materials and a dirty manufacturing process, and the end result is poor quality garments destined to become landfill for hundreds of years.”

So Ross and Ashcroft decided to look into creating an alternative, with the idea in mind that athletes are the perfect target market.

“Athletes are generally early adopters to changes in tech and for the most part, are key influencers. They carry plenty of sway with their opinions, their one-on-one interactions and, of course, their wallets. As athletes, we have a chance to lead by example to protect the environment we run in, because the option is pretty terrifying. What if we inflict so much damage to the environment that one day there is nowhere to run?”

The cofounders began working to find the natural fibres that would meet their criteria around being both environmentally-friendly and strong in terms of performance.

“We undertook many months of development to find the right blend that accessed the fibres’ natural properties such as zero odour retention and hypoallergenic qualities. Our aim was to create a durable material with a great handfeel and good stretch,” Ross explained.

The fabrics created by Kusaga have helped the company achieve a number of certifications and standards: Kusaga is a certified B Corporation, has joined the Programme for the Endorsement of Forest Certifications, and is part of the USDA Biopreferred program.

With a grant from the Singapore Government helping Kusaga fund the prototypes of its first production range, the cofounders then launched a crowdfunding campaign for ‘The Greenest T-Shirt on the Planet’ to determine whether there was a market for its garments, raising almost $16,000.

Ross said the team learned a lot from the crowdfunding campaign, first of all that “it was bloody hard work and it’s pretty daunting on a few levels”.

“You have to create a compelling campaign, write a ton of copy, shoot a video, decide on the pledge levels, decide your target market, prepare your production supply chain for fulfillment, it can go on and on,” he said.

But the work was worth the effort, with Kusaga learning an important lesson about how to communicate with its customers and help their message get though,

“We learned that communication is an incredibly important tool to open up a conversation with consumers who are looking for our products. Consumers these days want to be more informed of their choices but we discovered, like us, very few people had any idea of the impact of their wardrobe has on the planet,” he said.

Since the Kickstarter campaign Kusaga has created four fabrics, released a range of men’s and women’s activewear and brought on clients including Garmin and Earth Hour; the partnership with Earth Hour, which sees Kusaga named as official apparel supplier, fulfils a key goal Ross had upon launching the company.

“Earth Hour is an iconic global organisation with the same environmental concerns as us. We wanted our message to consumers to be clear and convincing, and with Earth Hour selecting Kusaga fabrics, it gave us incredible support in the sustainable space,” he said.

Ross said he decided to have Kusaga take part in the program and relocate as he felt the business would add value to the local startup ecosystem, while it was also an opportunity for him to share his own knowledge. On the flip side, Kusaga being based out of the QUT Creative Enterprise Australia hub is helping it delve deeper into the creative industries space.

“We have Australia’s only fashion accelerator in the same building, which gives us access to impressive emerging designers as well as an insight into industry-leading frameworks. Working alongside other innovators and entrepreneurs from around world is incredibly valuable, we are expanding our networks and learning from each other on a daily basis,” Ross said.

Looking to 2018, the startup will be looking to release its newest fabric to the market and add sheets and bedding to its product range.