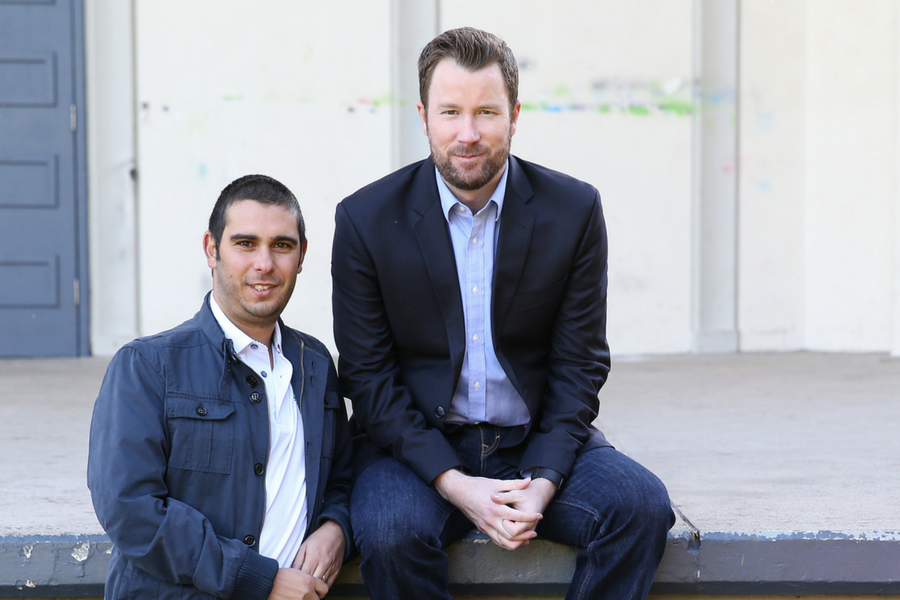 For the dedicated sports fan, activities are often planned around matches. Friends want to go out on Saturday night? Sorry, no can do – Liverpool’s playing a midday game so I have to be home to watch it at 10pm.

To help fans plan out their weeks is Australian company Sportsyear. Founded in 2003 by sports media professionals Daniel Giorelando and Patrick Galloway, it launched with a print diary detailing all the important fixtures of the year.

“I was Bruce McAvaney’s researcher while Daniel was working alongside me as a producer at Channel 7. In my role as Bruce’s right-hand man I had to know what was coming up. Originally I listed it all myself in my own diary. When Daniel saw me spending hours on hours doing it each week he suggested we start to compile upcoming sport ourselves,” Galloway explained.

The print version grew to sell over 10,000 units a year by 2008 through Sportsyear’s website. Of course, with the rise of digital the cofounders in 2014 saw the need to develop an online platform, with Galloway saying the company last year had a “record” number of enquiries about a digital version.

Now, the first iteration of the Sportsyear Engine is set to launch.

Calling it a “one stop shop to find out what’s on next in sport”, Galloway explained the platform will allow users to search for upcoming games by date, city, country, sports, and leagues. Compiling over 20,000 events globally, users are able to add events they’re interested in to their own sports calendar and set reminders.

A user begins by signing up to the platform and get right on to getting an overview of events, finding the sports they’re interested in, and adding events to their calendar. Most helpfully, the platform also details what channel a particular game can be found on.

With the development of the platform funded through sales of Sportsyear’s print products, Galloway said that patience was critical through the process.

“Obviously it is important to fail fast in a digital setting but not at the cost of not getting the platform right in the first place. We have worked diligently over the last 12 months working through surveys and designs of current customers asking for their thoughts,” he said. 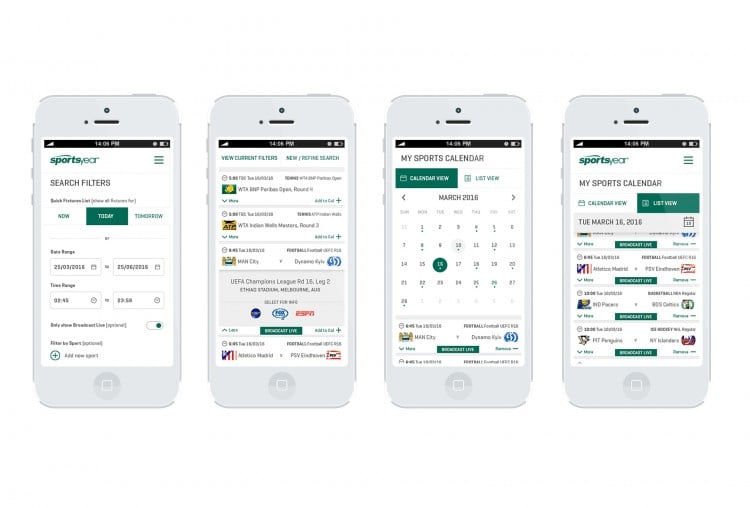 A key part of the design focused around categorising tens of thousands of global events and finding a way to display these in a way that was easy to browse, understand, and sort.

Part of this is what Galloway calls the company’s “secret sauce”: his and Giorelando’s expertise after more than a decade of building Sportsyear and even longer working in sports.

“The Engine has a system whereby each event gets a rating. This allows users in the front end to filter search results to show ‘highlights’ only,” Galloway said.

The rating of events can help users isolate the ‘must-watch’ games – particularly helpful if they’re travelling overseas and want to catch the best of the best of a certain sport while they’re there.

There are a number of sports calendars available online, however Galloway believes that by including localised broadcast information and the reminder service the Sportsyear Engine is just as much a personal assistant as it is a sports calendar. In addition, a number of other services don’t include Australian sporting events.

The platform is gearing up to launch with a free month-long trial, after which users can keep on for a monthly subscription fee. Sportsyear has also developed an enterprise version for corporate clients.

Another potential avenue for monetisation could lie within the data collected through the platform. As one might be able to tell from all the Premier League jerseys and NBA singlets being worn on Australian streets and teams coming to Australia for exhibition games, leagues are keen on chasing international dollars.

Data highlighting which sports, leagues, and teams are rating well with certain segments could be of great value to these institutions themselves, not to mention broadcasters, brands, and marketers.

After the MVP launches, Galloway said the coming months will be spent refining the Sportsyear Engine based on feedback from early adopters. Built with a global approach in mind, he and Giorelando are keen to attract international users from the get go.