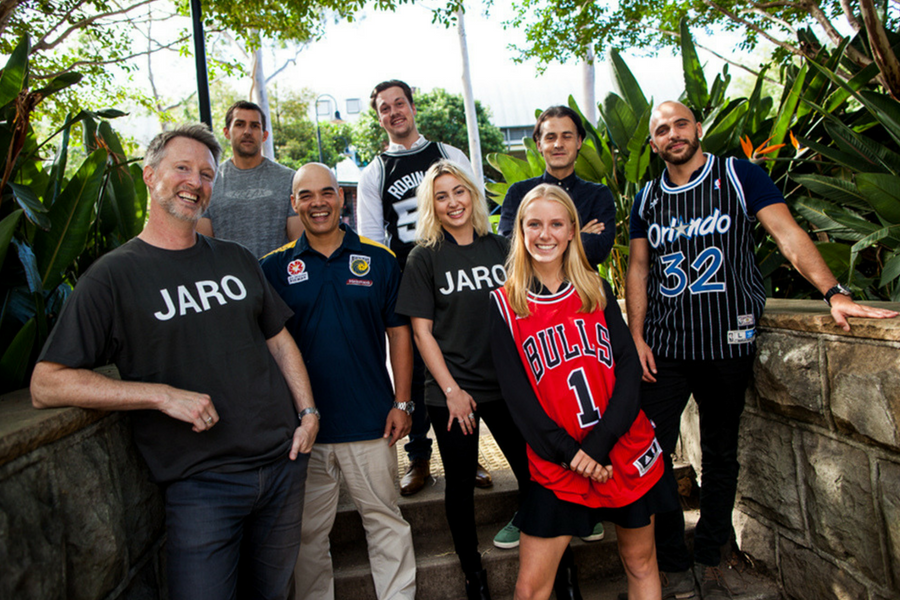 When JARO Sports was first launched into the market in 2015 it functioned as an administration and management platform for sports clubs and organisations.

As sporting entities sought out a more holistic view of their operations, the functionality familiar to elite club operations have filtered down to become accessible to grassroots clubs and organisations.

Responding to the growing needs of sporting organisations, JARO were quick to adapt and their platform now encompasses high performance, marketing, player welfare, and coaching tools.

In this conversation, Bullpen spoke to JARO’s cofounder and CEO Todd Wheatland about the company’s product growth.

JARO’s platform has quite a lot of functionality. Thinking about how JARO fits into any team or organisation’s technology stack, can it plug into third party systems?

It certainly does and it can be a very discreet or unique solution depending on the organisation.

We aim to deliver an outcome for organisations that radically improves their processes, saving time and resources that can instead be focusing on the things that matter – like revenue, participation rates and engagement.

In terms of where we’ve come from, we’re founders who have come from business consulting backgrounds. We understand the importance of delivering a financial impact that’s measurable.

We focus on the best solution for our clients, if they’ve got tools which work that’s great. We’re not about replacing everything people have already invested In, for us the key is how can we make JARO add value and fit in as elegantly as possible with everything else that they’re trying to do.

That could be a proposition for elite clubs, but if we go down to the grassroots they may need a total solution that covers their administration, coaching, marketing.

I also see another trend, the competition for sports participation is really intense and it’s not going to get any easier. A sport’s success is dependent on the cohesion and alignment between the grassroots and the elite. For example, if the Wallabies are winning it has an impact on the grassroots of the sport, which in turn feeds the success of the code.

For sports codes overall it’s increasingly key to be able to understand what is best practice, and start to automate and recommend approaches to clubs that will help drive their overall performance.

Solutions should be delivering a bank of knowledge that is constantly being refined and upgraded to help clubs do better in every category – from on-the-field performance through to commercial and fan engagement.

I know JARO’s platform has expanded, I remember the product in 2016 not having the video analysis, marketing and high-performance aspects. What brought about the expansion of the platform offering more than just sports management and administration? Were you responding to feedback?

JR, who is my cofounder, CTO, and head of product, created the product in direct response to a challenge he saw at the grassroots level. That whole communications, administration and competition registration side of things is where the platform originated.

At the grassroots level there are a lot of freemium options, and there are some solid products already with strong market share. There are many organisations who want something more, they may not be used to paying much, but they know they need a greater solution than what those tools can deliver. When we started to move into different sports we started to see that there’s a lot of different challenges across the board.

As mentioned before, we started seeing that high-performance thinking was flowing down from the elite teams into the grassroots. And that creates a wide range of opportunities for improvement.

That could be simple things like how to standardise and deliver a set of learnings to grassroots coaches and give them tools that are simple, easy to understand, and improves both their enjoyment and the value of the experience for the kids. Then you get into the technical high-performance aspects like GPS tracking, RPE, tracking nutrition and sleep, video analysis.

These tools emerged from high performance and are increasingly used in schools, junior academies and suburban clubs.

How heavily weighted is your client base between grassroots, elite, sporting associations and schools and universities?

We’re fairly evenly-spread in terms of our presence in the grassroots and mid-tier sports, schools and associations.

We have a large number of grassroots clubs and associations. We’ve got a good spread of sports, largest in football but also significantly across over a dozen other sports including athletics, swimming, netball, Australian rules football, rugby union and league.

We have a very solid offering in schools and have some great hallmark clients in that space. If you think about our broader model there’s a large number of athletes in schools. The historical problem has been that sports programs typically sit as a bit of an afterthought in schools and they’re usually beholden to existing school software solutions.

We are a proudly Australian company but also have a lot of client traction in New Zealand and the US.

BP: What depth of interest has there been outside of Australia?

Obviously with the scale of the market, the US is very attractive to us, however as every tech play knows you’ve got to be prepared to put in the time and understand the local needs and how the market works. We’ve had a person on the ground on the west coast for a year, and we’ve got a lot of active pilots in schools, colleges, associations and even clubs despite clubs not being our primary focus in that market.

We’ve had really good reception around the suitability, quality and competitiveness of the product relative to the market. We’ve got two major pilots underway right which would significantly change the shape of the business if they continue to scale as we hope.

We might very well be having a different conversation a year from now!

For us the next year is about delivering great outcomes for the organisations who are partnering with us. We’re enabling clients to achieve things that they literally did not think they could do just a few months ago; that’s very exciting. We’re here for the long haul and we’ll continue to focus on client results to drive our own success.