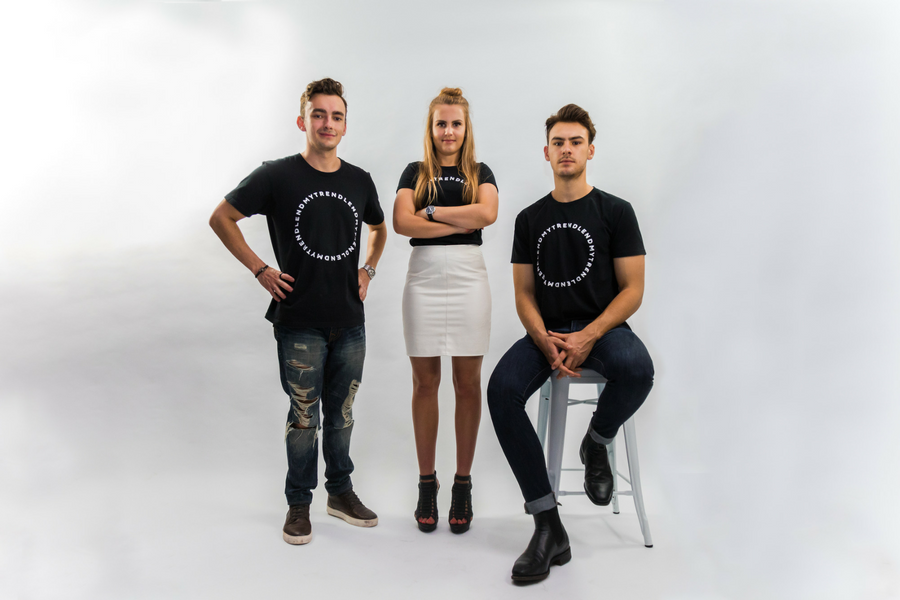 Maybe it’s because we’ve spent all our money on smashed avocado toast, but if the number of clothing rental startups out there are anything to go by, millennials are loving the idea of renting or swapping clothes rather than buying.

Among the more established is GlamCorner; having built up its own stock of more than 3,000 dresses, the company last July raised $4.2 million in funding from investors including AirTree Ventures and Sass & Bide cofounder Sarah-Jane Clarke. Fellow Sydney startup Designerex, meanwhile, allows users to search dresses from other users or dress rental shops.

Then there’s Carousell, Facebook Marketplace, and other platforms allowing users to buy and sell pre-loved clothes from each other. Taking this a step further was another Sydney startup, Revoir, which developed an online consignment store service through which sellers could ship their items to Revoir, with the team then working to market and sell the items and send the seller back their cash.

Determining that there is still untapped space in the market, Declan Healey, April Booij, and Aaron Booij have come together to launch LendMyTrend, a peer-to-peer platform allowing users to “securely share their wardrobes”.

Like many an idea, that for LendMyTrend came from the cofounders’ own experiences managing life on a student budget while also satisfying their desire to dress well, or as Healey put it, his “great appreciation for good fashion and wanting to access the latest and greatest trends” (unlike almost every young adult male I knew at university, who every single day embraced the uniform of tan-coloured chinos and Vans, a trend a friend and I dubbed ‘the Tan and Vans’).

“With the expansion of social media, people have become increasingly conscious in keeping up with the latest fashion trends. However, these trends move faster than most of our wallets can keep up with, and so the clear solution lies in collaborative consumption as an alternative to the fundamentally unsustainable and uneconomical industry of fast fashion,” Healey said.

And so the trio began work on LendMyTrend. The original idea for the platform would have seen the startup build its own inventory or wardrobe, however here the cofounders realised they had two problems.

“Not only did we lack the capital to invest in purchasing inventory that would allow people to access an infinite wardrobe, but this inventory would inevitably go out of trend,” he said.

The LendMyTrend platform allows lenders to sign up and begin listing their clothing themselves, managing all incoming requests and bookings.

Alternatively, they can choose to list clothing through the startup’s LMT Collective, a concierge-type service that, for a fee of 35 percent of the rental cost, will have the startup’s team themselves profile and list all their items; this service includes professional photography, listing under a dedicated spot on the platform, and the management of all rental logistics.

A renter, meanwhile, simply browses the collection and, after finding something they like, submits a booking request and specifies their method of delivery; once a booking request has been approved by the lender, the two parties can message each other go through logistics, including whether they will have the package delivered or arrange pick up or drop off.

It’s free for users to join LendMyTrend and list items, with the startup charging renters a fee of 15 percent of the rental price, and a flat fee of $10 for damage protection. LendMyTrend also gives lenders recommendations around their pricing.

“When a lender lists an item on our site and specified its recommended retail price [RRP], our platform will automatically recommend 15 percent and 25 percent of the RRP respectively for a four day and eight day rental period,” Healey explained.

“Our own market research revealed that these amounts were not only reasonable from an income point of view for our lenders, but would also be low enough for our renters to justify renting an item as opposed to purchasing it outright.”

The startup is primarily targeting young adults aged between 18 and 25, at university, who are fashion-savvy but don’t necessarily have the budget to be constantly updating their wardrobe to keep up with the latest trends. In targeting both young men and women it differs from the majority of other services in the space, which are focused primarily on women’s fashion.

Having launched towards the end of 2017, Healey said the startup has grown to over 1,000 listings and almost 550 users so far, with these coming in large part from social media outreach and marketing.

As well as helping renters save money, LendMyTrend is also pushing the usual sharing economy message that lenders can make some extra cash on the side – and in turn, keep expanding their wardrobe.

Healey acknowledged the competitors in the market, but believes the team has done enough to differentiate LendMyTrend “in a number of important aspects”: the LMT Collective concierge offering, and the flat $10 damage protection fee, an alternative to the security deposit or bond charged by other services.

“With the specifics aside, we spent a significant amount of time in developing our brand and overall ethos as a whole, particularly given the importance of trust that is fundamental to the sharing economy and creating a brand that properly reflects this,” Healey said.

The coming months will see the startup focus on growing its user base and launching a smartphone app.