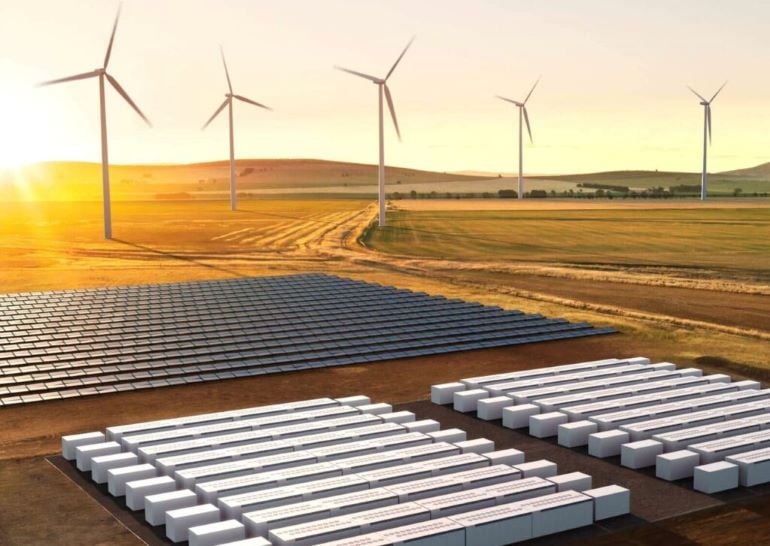 The Genex Bouldercombe project funded with backing from Grok

Tech’s fight to save the climate heats up

MCB’s coal patrol. Putting their money where their mouthes are, Aussie tech billionaires and major green economy backers Mike and Annie Cannon-Brookes have had a busy week trying to reduce Australia’s reliance on coal.

Alongside Canadian investment firm Brookfield, the couple’s investment arm Grok Ventures made a takeover play for one of Australia’s leading polluters – energy giant AGL. The $8bn offer represented a 4.7% premium on the previous day closing share price, and included a proposal to spend $20bn switching AGL to renewables and close its coal power stations by 2030. AGL and Scomo, however, have dismissed the plan as “unrealistic.”

Grok has also taken a “meaningful” $200m stake in Infradebt – a major financier of renewables and battery storage. Infradebt is providing a new $35m debt facility to develop Genex’s Bouldercombe Battery Project in Queensland. That project includes a world-first revenue sharing deal with Telsa, who will supply and operate the big battery system, while providing Genex with guaranteed revenues.

Meanwhile there’s been plenty of activity on the green tech raising front this week too:

Death to underpaid gig work. In a win for gig economy workers, the NSW Industrial Relations Commission ruled that Amazon Flex drivers (who courier packages using their own vehicles) must be paid a minimum rate per hour. The rate will be phased-in, starting at $27.83/hr on 1 March and increasing to $37.80/hr by 1 July 2025. Meanwhile, Amazon’s growth in Australia is booming – 2021 sales revenue was up 57% to $1.75bn.

[it] embarked on a crowdfunding capital raise two weeks after its trustee warned it was closing the fund in a matter of months and then breached all its members’ privacy when it told them on Christmas Eve it had collapsed.

Scalapay raised $692m at a valuation of more than $1bn “in all the currencies,” joint-led by Tencent and Willoughby Capital. The European-focussed BNPL was founded in Wollongong in 2019 – making it one of the fastest Aussie startups to hit official (USD) unicorn status.

PictureWealth announced it raised $14m at the end of 2021. PictureWealth uses tech to provide customers a comprehensive picture of their total wealth and offers access to financial specialists on demand.

Cyble raised $13.8m (US$10m) led by Blackbird. Cyble analyses the dark and surface webs in real-time and to identify if an enterprise’s login credentials are exposed online. The number of corporate passwords leaked on the dark web has increased by 429% since March 2021!

Lumi raised another $10m only two months after closing a $20m round. Lumi is a tech-led small business lender able to process loan applications within hours.

Linkby raised $5m led by Our Innovation Fund. Linkby enables brands to pay for content with selected publishers, on a cost-per-click basis.

Licorice raised $1.8m to “end IT tickets forever.” Hurrah. Licorice’s nextgen IT ticketing solution matches IT requests with the right engineers, calculates the time required for each task, and allows customers to choose appointment times that suit them.

On vertical SaaS: David Yuan and the team at Tidemark VC have launched the Vertical SaaS Knowledge Project, starting with a great introductory essay on how to approach growth.

I'm feeling a bit of a pullback from VC investors on valuations, particularly for less "hot" deals. pic.twitter.com/mUwYudVTpn

Closing words of wisdom from the one and only Steve Jobs:

“Everything around you that you call life was made up by people that are no smarter than you. And you can change it.”