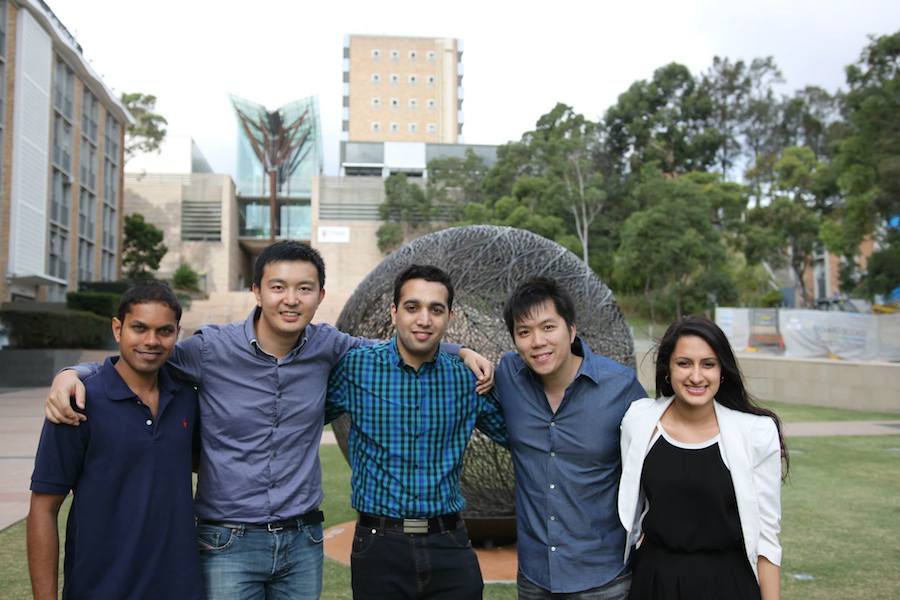 Each year the University of New South Wales (UNSW) hosts a competition called the ‘UNSW Startup Games’ where teams of student entrepreneurs compete with each other over a period of four weeks on the “entrepreneurial battlefield”. Students come up with an idea for a scalable startup and must then work on building this vision within one month, focusing on execution, promotion and sales. In the last week, the students pitch to a panel of angel investors who select the winner.

The 29th of March concludes this year’s annual event; and one team hoping to take out the top prize is the team behind FoodRunna, which launched its service just last week.

The idea for FoodRunna came about when its co-founder and CEO Gilbert Wong complained that he often did not have the time to leave his desk at work and go to get food in the city at lunch times. He realised that, yes, there are services that can help with that such as Delivery Hero or Menulog, but felt those particular platforms – albeit full of variety – didn’t allow him to order from his favourite places to eat because those cafes and restaurants did not offer deliveries.

“There were restaurants who delivered their own food and there were delivery services with a set menu, but there never was a delivery service that got you whatever you wanted. [That’s] where we decided to begin,” says Wong.

Basically FoodRunna is aiming to solve this problem via its new ‘peer to peer’ food delivery service, which is currently operating within Sydney’s CBD. Since launching a week ago in Beta, the startup has gained 30 regular customers and are doing a minimum of 10 deliveries per day. All it takes is three clicks on the website for a user to have their desired meal delivered directly to them. At this point, the delivery fee is $3.50; and a ‘food runner’ typically delivers about 10 to 12 meals within the 11.30am to 2.30pm lunch time period.

One way in which FoodRunna is leveraging its connections with university students is by enabling them to use the gaps of free time they have throughout the day to make some extra cash.

“One thing we noticed was that university students were incredibly time rich but money poor,” said Ashi Bhat, co-founder and CMO. “I had several friends at university that were looking for part time jobs but weren’t getting accepted into retail or hospitality jobs. So I wondered what it would be like to create an ad-hoc recruitment service that leveraged off the labour of students, eager to make some quick cash. And that’s exactly what we did with FoodRunna”

At the moment the startup has been recruiting students from UNSW and UTS to deliver to corporate customers, as soon as they order.

Although FoodRunna has been created as part of a UNSW initiative, the team of five co-founders has told Startup Daily that they intend to keep running the venture beyond the competition. Not only is it proving to be a great way to provide jobs for university students, the team also believes it is solving a common problem experienced by many workers within cities across Australia.

In the pipeline is a more responsive version of the website and an app which will make it easier for users to access the service throughout their busy work days. Over the coming weeks there are also plans to automate the payment systems so that users can pay for their meals and the delivery fee at the touch of a button – at this stage its working off a cash system.

There are a few issues that the team will need to solve in order to reach scalability, and these will no doubt be questions raised by the investor panel this coming weekend.

The first is centred around the fulfilment process – even with users transferring the cash and delivery fee upon ordering – a challenge exists. If you are expecting “cash poor” university students to pay for the meals upfront before being reimbursed for it – most I would argue wouldn’t have the bandwidth to front the cash for up-to-a-dozen deliveries. There needs to be some kind of cash support system implemented.

The second challenge is that FoodRunna is a very niche version of existing services like Sherpa and Airtasker. Both of those services have cash and traction already under their belt, and although they both play in the ‘general tasks’ space, part of that market does include food delivery for time poor people. FoodRunna will need to explain why its service is better than theirs when it comes to this very specific delivery space.

The product-market fit is clearly there, but ultimately the success is going to come from establishing a trusted brand in the space.

Previous article Yello wants to be the complete home delivery management platform for restaurants
Next article Sex sells vs. selling sex: Why do our biggest tech companies have double standards?
Via Advice
Tags AirtaskerfeaturedFoodRunnaStartup GamesstartupstechUNSW