Sex sells vs. selling sex: Why do our biggest tech companies have double standards? 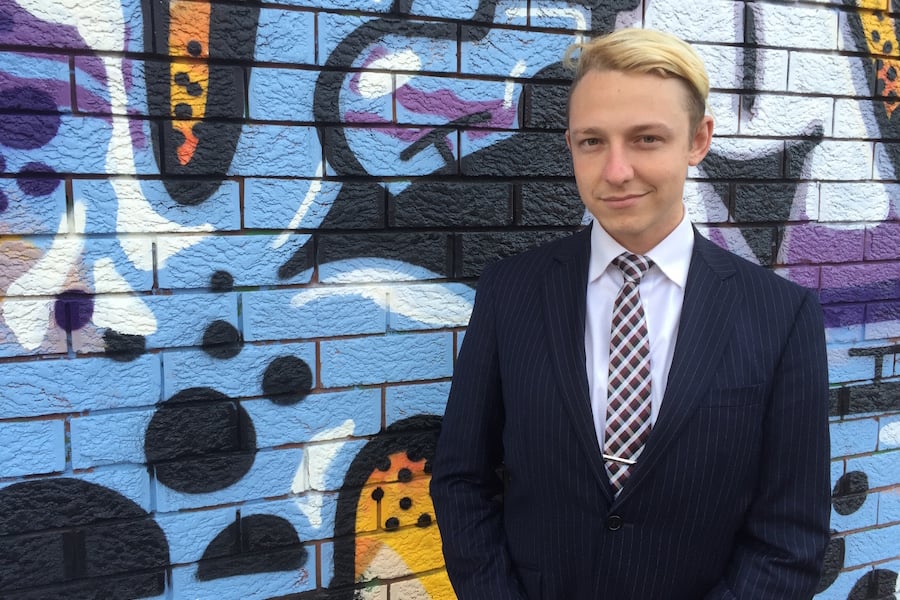 In October 2013, Sydney-based entrepreneur Garrick Charter launched an online adult luxury boutique, Salon De Venus, selling sex toys and lingerie. Little did he know at the time that tech providers would be so ill-accommodating of such a business concept. Ecommerce software platforms and even tech behemoths like Facebook and Google introduced terms and conditions that eventuated in the downfall of the business. Far too tenacious to give up, what Charter learned from the experience is that businesses are allowed to use sex to sell products as long as the products aren’t for sex; and subsequently, those who are looking to start an adult ecommerce store using third-party software are in for a bumpy ride.

The idea for Salon De Venus spawned from Charter’s dissatisfaction with the “lack of quality, luxurious and safe sex toys present in Australia”. Upon researching the approach European stores – particularly in the UK and France – take to sexual products, he realised there were significant differences between Europe and Australia.

Australian adult stores were more focused on selling novelty items and pornography, whereas European stores, like Coco De Mer and Kiki De Montparnasse, presented sex toys as an indulgent luxury in much the same way as a Chanel handbag or a Jimmy Choo pair of stilettos.

Charter also noticed that European stores “offered a woman-friendly, sex-positive culture where an absence of sleaze and base, low-grade products invited women, men and couples to explore and expand their sex lives”.

He wanted to replicate this in Australia, but in the process of doing so, was faced with unforeseen challenges.

After six months of building Salon De Venus using a Texas-based ecommerce platform, Charter was notified of the company’s new terms and conditions which restricted Salon De Venus’ adult content. He had to close the account because traffic to the store went from 150 visits a day to zilch. Over the next six months, Charter rebuilt his online store on Shopify.

Of course, prior to relocating to Shopify, Charter confirmed with the company that his intention was to sell sexual products, in case they were prude as well.

“I was informed that providing I wasn’t “selling flesh,” pornography or any products that are illegal Australia, I was welcome to sell whatever I pleased! No explicit imagery is used on the site – Salon De Venus simply depicts the products as they are,” Charter said.

“My attitude with Shopify, following my past experiences, is that ‘no news is good news!’ I feel Shopify just see me as another of their many loyal ecommerce stores.”

The second challenge Charter faced was to do with Facebook’s terms and conditions. Like many other businesses today building online communities around their brands, Charter set up a Facebook page for Salon De Venus. After garnering 2,800 likes on Facebook, and paying to advertise the page and boost posts, Salon De Venus’ business page was shut down by Facebook due to “Adult Themes”. The company’s website traffic decreased by over 50 percent, as most of the traffic was coming from social media.

Charter decided to launch another business page on Facebook, this time naming it ‘Salon De Venus – Luxury Lingerie’. The new page garnered over 3,000 likes, though terms and conditions around advertising is still quite restrictive. Salon De Venus is not allowed to use any images that show flesh – which means no images of lingerie being worn.

In fact, a positive sexuality blog post was written by a guest blogger who shared it on Salon De Venus’ Facebook page was removed due to its apparent ‘Adult Themes’ and lewdness of a photograph that portrayed the blogger’s leg tattoo. According to Facebook, this photograph showed “too much flesh”, as if we’re living in the Victorian era.

Next on the list of companies placing restrictions around the advertising of adult-themed products is Google. Charter received a warning from his Search Marketing consultant about Google’s terms of advertising. He was advised that Google could potentially penalise search results and refuse to let Salon De Venus list or advertise because of the adult nature of the website.

Charter decided to halt direct Google advertising via AdWords to avoid any potential action that would be detrimental to his visibility on the world’s most popular search engine; and by doing so, Salon’ De Venus’ website traffic dipped by 34 percent.

Charter’s next problem was facing resistance from banks. He applied to most major Australian banks for merchant facilities, but his applications were declined due to either the adult content of his site or the business being too high risk – or both. Charter turned to PayPal, and after a year of trading, National Australia Bank accepted his application and is now supplying merchant facilities.

All of these challenges meant that Charter had to divert the cash flow intended to grow Salon De Venus towards maintenance issues. However, for Charter, the financial cost wasn’t as big a deal than the emotional impact of having to rebuild the business from scratch, and the time and effort it took in doing so.

Salon De Venus is not the only business operating in this space to face challenges. However, a lot of existing stores like Fleshlight have been hand-built and are hosted privately, meaning there is less reliance on third-party software.

Many existing players in the sex toy industry have been operational for a decade or more and are resourced enough to afford its own engineers.

“My lack of experience in coding, web technology and programming has prohibited me from doing this, especially considering the cost-effectiveness and ease of using a pre-built ecommerce platform,” Charter acknowledged.

Like Salon De Venus, many competitors have faced issues around payment. Charter explained, “Finding a bank willing to take transactions and offer merchant facilities for adult products have had a lot of retailers seeking Adult Industry merchant specialists or seeking overseas banking.”

Rather than criticising a business for setting its own terms and conditions – which is fair, especially when the business is as large as Google and Facebook – it’s worth looking at why such restrictions are placed. The terms and conditions around ‘adult content’ may not necessarily be reflective of the company’s values. The company is, in fact, catering to its users. This in turn suggests that the issue is cultural.

“It is far easier for a multinational organisation like Google and Facebook to simply prevent sex culture falling on underage or unwilling eyes than bear the wrath of the offended,” said Charter.

“Of course anyone, including children and teenagers, should not be forced to see such content. However I would imagine there are many options for allowing consenting adults to participate whilst protecting those who don’t.”

Interestingly, Facebook and Google who have mastered ‘targeted advertising’ would rather avoid the potential backlash that may result from encouraging sex culture than adjusting their algorithms in such a way that sexual product advertisements only appear where it’s accepted.

Charter, who is fully cognisant of the resistance around expressions of safe, positive sexuality, speculates that a lot of the restrictions around adult content come from ‘a borderline of social acceptance’.

“An overt ‘suggested sexuality’ to sell products that don’t directly relate to sex is commonplace. A billboard of a bare-chested Calvin Klein model, clad only in skin-tight jeans and tussled in a provocative pose with another is seemingly okay. A sunglasses ad that shows a glamorous, yet inebriated, model passed out on a couch while the shadows of lecherous figures bear over her passes muster,” he said.

“The difference is that adult products are referring to “actual” sex. Not suggested, not implied. They’re there to facilitate or aid sex between consenting adults or an individual.”

“Encouraging sex as a pleasurable, mutually enjoyable consensual act seems to be a final taboo – when, by its very nature, it’s commonplace, pure, and healthy.”

Although Charter admitted that he wanted to quit many times when faced with such resistance, he remains optimistic about cultural perceptions around adult toys and sexuality becoming more positive “as information becomes more democratised and the concept of the global village grows”.

“What happens on European shores regarding culture will reach us far quicker than ever before, but it takes being a trailblazer to get that happening! And that is precisely what Salon De Venus is all about!” he said.

Besides, it didn’t seem right to give up when the business was clearly growing – albeit, at a slower pace than desired – from both a community awareness and sales perspective.

“After seeing weeks and months of hard graft, growing brand and community awareness and healthy business profits pulled from underneath you at the snap of distant fingers, I felt it was a battle I wasn’t going to win! Ultimately, I want to do all I can to encourage a culture of sex positivity, being as it’s a massive source of joy, personal expression and happiness for many people. Having to start from the rubble of a collapsed business with an idea many times over is more than most would be willing to endure, I’d imagine!” he said.

Charter acknowledged that the business is still very much in its infancy, with sales averaging at about 10 a week. This has grown steadily from one or two sales per month a year ago.

“In its current incarnation with Shopify, I have had wonderful responses from customers and the community. The Salon De Venus Facebook pages pour with new fans day in and out, while I frequently receive emails of encouragement thanking me for bringing a slice of the European approach to lingerie and sexuality to Australia,” Charter said.

“I’ve had wonderful individuals helping this goal by contributing content to the site through opinion pieces and blog posts, to make Salon De Venus a sex positive and informative destination for those wanting to explore deeper love lives, as well as being a simple retail store!”

Over the next six months, in addition to growing traffic and awareness, Charter’s focus will be on seeking more partnerships with major and niche European lingerie brands and toy designers to expand and further diversify Salon De Venus’ product range, as well as securing more Australian exclusives. Hopefully, he doesn’t face further problems.