Cryptocurrency 101, Part III: How to spend it 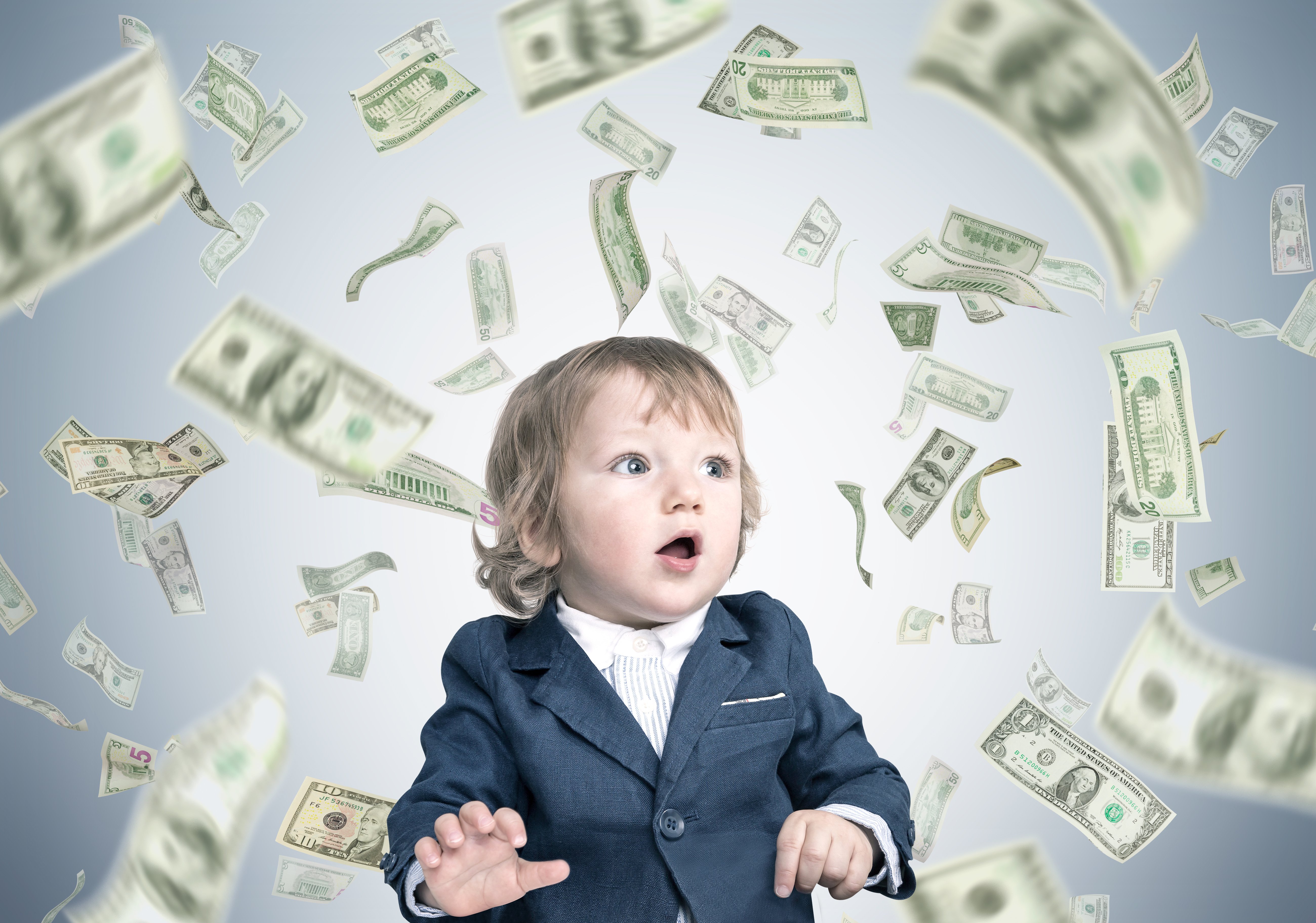 The world of cryptocurrency is weird and complicated.

In this four-part series, we look at the history of crypto, how you can get your hands on some, what you can do with it, and the Australian innovators looking to capitalise on this emerging technology.

Throughout this series (Part I and Part II), we’ve learned about the blockchain technology that underpins cryptocurrencies, discovered how to buy and store coins, and gained a better understanding of the history behind Bitcoin and what problems it looks to solve.

If you’ve taken the plunge and bought cryptocurrency, you might be wondering: what now?

Unless you live in, or are planning to move to, El Salvador, you’ll be hard-pressed finding many places that accept bitcoin or other cryptocurrencies as payment.

That won’t necessarily always be the case because with each passing month it seems more payments companies are dipping their toes into cryptocurrency.

Square – a favourite cashless service used by small vendors – has signalled its entrance into the space by investing in a large bitcoin holding and is looking to develop its own range of non-custodial hardware wallets.

In March, the company took the next step allowing its US customers to Checkout with Crypto which means customers can choose to automatically convert their cryptocurrency holdings into fiat currency when finalising transactions.

US cryptocurrency exchange Coinbase has gone down a similar route with its own Visa debit card that automatically converts cryptocurrency to fiat currency at the point of purchase.

It’s currently only available to a small number of users in the US but provides an example of how cryptocurrency use can expand into the real world.

There is a major downside to this method of converting crypto to fiat: tax.

Even though it seems the same as using a debit card or Apple Pay to make a normal transaction, because the transaction involves that conversion, it may be treated as a capital gains event in many jurisdictions, including Australia.

We’ll come back to tax shortly.

There are hundreds if not thousands of different cryptocurrencies available for you to buy and sell, many of which claim to have some use beyond wild price speculation.

One of the cryptocurrency uses that has exploded in the last couple of years is decentralised finance (DeFi).

These are platforms, typically built on smart contract blockchains like Ethereum, that give users access to financial services you might normally find in a traditional bank such as margin lending and earning interest on cryptocurrency deposits.

Decentralised exchanges (DEX) are one type of DeFi service that serve as both ways to continue keeping cryptocurrency away from central power structures as well as ways to get your crypto working for you.

Platforms like Uniswap and Pancakeswap let people easily exchange different cryptocurrencies or tokens, including some you might not find on large centralised cryptocurrency exchanges like Binance.

Some DEXs are automated market makers which rely on user-generated liquidity to function.

Cryptocurrency users essentially loan their coins to a DEX’s liquidity pool, allowing other users to trade a wide variety of cryptoasset pairings.

Take the Safemoon token, for example, that was part of a massive spike in speculative activity earlier this year.

Like many smaller cryptocurrency projects, it has not been hosted on large exchanges and relies instead on people trading coins on DEXs like Pancakeswap.

Crucially, DEXs need high levels of liquidity to account for large trading volumes so people are incentivised to deposit their coins on these exchanges by earning interest in the form of cryptocurrency.

Interest rates can be high – especially compared to record low savings rates offered by banks – but staking, as with many aspects of the cryptocurrency world, does come with its risks in the form of impermanent loss, which can leave the liquidity provider with less of a certain cryptocurrency due to the market maker responding to changes in real-world pricing.

Non-fungible tokens (NFTs) have become a major trend in the art world this year, offering digital artists the opportunity to sell their wares in a way that provides buyers with a sense of scarcity and authenticity that makes art a store of value.

Unlike regular cryptocurrencies, NFTs are a form of cryptographic asset designed such that each one is unique and not interchangeable.

Because NFT ownership records are kept on a blockchain, it makes it easier for art dealers to check against a work’s authenticity.

And artists can see greater benefits to the smart contracts of blockchain by imprinting royalty features on NFTs, meaning they can receive cryptocurrency every time an artwork is re-sold.

In order to buy NFTs, you will likely need access to a hot wallet such as Metamask or Bitski which are designed to connect directly with decentralised applications (Dapps) running on blockchains.

With funds transferred into your hot wallet you can bid on and store the NFTs you find on different exchanges like Opensea, NiftyGateway, or those found on the WAX blockchain.

A recent explosion in NFT activity has seen hundreds of different NFT marketplaces and stores opening up giving buyers and artists alike a chance to cash in on the latest craze.

Once you have gone onto an NFT market and bought, say, an animated gif for nearly $1 million, then what?

Users can show off their NFT art purchases in virtual spaces like those on Cryptovoxels and Decentraland which attempt to create 3D metaverse-like social experiences.

These platforms expand the idea of NFTs by selling space and other assets in their virtual worlds as NFTs, further underpinning the ownership of digital assets on blockchain technology.

Where developers are making applications, it never takes long for video games to soon follow and Dapps are no exception.

It’s a hub for pop culture products in the form of NFT trading cards which can be bought directly from a supplier and then sold on secondary markets.

Alien Worlds is an early cryptocurrency video game – played in the browser – in which you play an interplanetary miner looking for resources in the form of the cryptocurrency Trilium (TLM), and mining or combat equipment.

Players choose a mining location on a planet – locations are NFTs owned by other players who get commission from your TLM mining – and then try to dig up as much TLM as their equipment will allow.

Because every game asset in Alien Worlds is an NFT, they can be bought and sold in secondary marketplaces like the AtomicHub for the WAX cryptocurrency.

Because TLM and WAX can be bought and sold on cryptocurrency exchanges, players are incentivised through the prospect of earning real money, making Alien Worlds and many other blockchain video games an example of ‘play to earn’ gaming.

The tax of it all

Now that we know about some of the options for spending and playing with cryptocurrencies, it’s important to understand a little bit about how cryptocurrency ownership fits into Australia’s tax landscape.

The Australian Taxation Office (ATO) has a set of information sheets dedicated to how it treats cryptocurrencies for tax purposes but unfortunately it turns out nearly everything you do with crypto is classed as a capital gains event and may need to be factored in when you file your tax return.

Let’s say you bought an amount of Dogecoin five years ago just for a laugh and then this year found the Doge in your wallet suddenly worth more than a thousand times what you paid for it.

It is intuitive that you would have to declare, for tax purposes, any gains you might make from cashing out your Dogecoin in the same way you would for capital gains from traditional investments like the sale of shares or property.

According to the ATO, most uses of cryptocurrency count as capital gains events, not just when you cash your coin back into fiat currency.

For example, say you wanted to convert some of your Dogecoin winnings into Ethereum to buy on an NFT of a meme you really like that has recently gone to auction.

Swapping Doge for Ethereum would have been a capital gains event and the value of your new Ethereum purchase, in Australian dollars, needs to be reflected on your tax return.

It gets more complicated.

You might have heard about another coin, like Safemoon when its value was ramping up, and wanted to get involved.

Unfortunately, you couldn’t directly swap your Doge for Safemoon and instead needed Binance Coin (BNB) so you could use a different DeFi service like PancakeSwap.

In that case, you traded some Dogecoin for BNB then swapped the BNB for Safemoon.

Similarly, if you earn staking rewards for joining a liquidity pool – or as part of a proof of stake network – cryptocurrency rewards and interest you earn may be classed as income, decided by the cryptocurrency’s market value at the time you received it.

Keep in mind that there are third party services like Koinly that connect with your wallet and exchange APIs to simplify the process.

Previous article UNKNOWN UNKNOWNS: A new Pentagon report says UFOs can’t be explained
Next article 8 venture capital firms explain how they assess a startup before investing in a series B
Via Advice
Tags contributor postInformation Agenews