Why you should stop taking advice from successful people 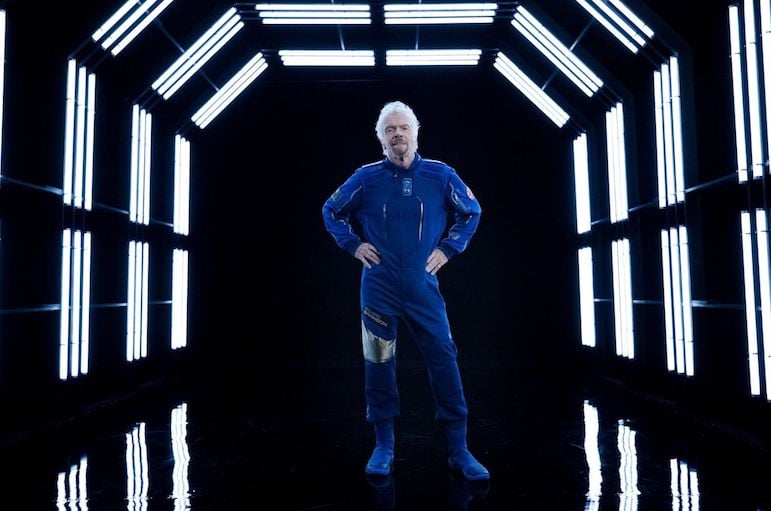 When we seek advice on startup success, we tend to turn to the winners. We buy books by business gurus and power through podcasts by major corporate players.

But why do we feel their advice is more valuable than the inventors and innovators who didn’t make it? What if we could learn more from their failure than from others’ success?

Journalists writing them and audiences reading them always want to know one thing: what’s the secret to success?

Among cliched responses to this question you’ll find such soundbites as “sheer determination”, “working our asses off”, “being perfectionists”, and “never giving up”.

UK Love Island contestant and millionaire influencer Molly Mae caused explosive outrage in the UK with her comments about everyone having “the same 24 hours in the day as Beyonce”.

Actress and Goop founder Gwyneth Paltrow is another serial offender. And she may be hardworking. But she was also born to a noted film producer and an award-winning actress.

Gwyneth does have the self awareness to note that some people find this mentality “annoying”. But it’s probably not for the reasons she thinks.

By the very nature of what they do, everyone who tries to “make it”, whether in the arts or in business, is determined and hardworking. If they weren’t, they’d settle for a paid 9-5.

There’s an extremely high likelihood that the 90% of startup founders who fail were just as hardworking as their peers who didn’t. It’s all very well to “work hard” when you have continual access to funding, well-connected parents, a chance meeting with a life-changing investor, or when some arbitrary social media algorithm makes your product go viral.

It’s all very well to “never give up” when you don’t have to.

So when we ask the one successful founder out of 10 for their “secret” instead of the 9 founders who failed, we’re left with serious blind spots. This is known as survivorship bias.

Failure is still a dirty word

Failory does an amazing job of asking a slightly different question to “what’s your secret to success?”. In its glossary of business failure stories you won’t find in the mainstream media, the line of enquiry is more like, “what’s the secret to your failure?”

And when we’re told as entrepreneurs to “fail fast and fail often”, this is a question worth asking.

ToyGaroo founder Phil Smy speaks of the all-too common pain point faced by young companies that led to ToyGaroo’s demise: “​​because of our new partners, we were under close scrutiny and high pressure to “grow, grow, grow”.

ToyGaroo (the Netflix for toys) put a huge green tick in the “does your product solve a problem?” box. Parents tired of spending hundreds of dollars on toys only to have their children discard them after a week could subscribe to rent a certain number each month, and send them back when the kids were bored.

ToyGaroo appeared on the US franchise of SharkTank, and secured investment from sharks Mark Cuban and Kevin O’Leary. But postage costs were outsized and unpredictable, there were disagreements over scrapping the free postage model, and the sharks refused to invest more cash when bankruptcy loomed.

The thing is: ToyGaroo is far from a cautionary tale.

There are so many good things to learn from its story. The idea was perfectly timed for the rental phenomenon. They had an excellent marketing team, were conscious of consumer concerns (at one point installing a cleaning service to counter hygiene issues), and had national exposure (both through SharkTank and even appearing on Good Morning America before that).

So why don’t these valuable, wisdom-rich founder stories hit the headlines? Do we feel that collapse is contagious? Or do we feel a reluctance to relate to them because “that could never be us?”

When we observe success, we search for compounding evidence to explain it. Likewise with failure. It’s how we attempt to learn and grow. The problem is we’re so good at looking for patterns that prove our theories, we often see them when they’re not there.

This phenomenon even occurs from first-person perspective. Once we’ve made it, with each nostalgic trip down memory lane, we romanticise those 18-hour days and makeshift garage offices and muse that we knew exactly what we were doing all along, and that we were always destined for the big time.

There’s another reason certain individuals don’t like to associate with failures and flops.

Founders are pretty good at confessing their cock ups. For some, a failed startup or two under their belt is a badge of honour. The world is getting better at rewarding effort as much as success.

Those in control of vast sums of money must present expertise at all costs. To admit fallibility is to lose client confidence.

One notable exception is Bessemer Venture Partners’ “Anti-Portfolio” – a collection of hugely successful startups they didn’t invest in, and aren’t ashamed to admit. The corporate cosmos is in desperate need of more of this. More transparency, more humility, and less toxic positivity.

Fear Of Missing Out… or of missed opportunities

For many, FOMO can be crippling.

Ronald Wayne is forever “the guy who sold his 10% Apple stake for $800” (which would’ve been worth USD $95 billion today). He’s often referred to as the “forgotten third co-founder”. You’d probably be, well, richer than Ronald Wayne if you had a dollar for everytime someone screeched “what an idiot!” upon hearing his story. But the truth is, he wasn’t an idiot.

Wayne made a rational business decision to step out of the then-struggling and debt-laden business. Because Apple happened to become what it did, he’s spoken of as a pariah, an object of pity. A walking manifestation of the investor’s worst nightmare.

Victoria’s Secret founder Roy Raymond is famous for his Golden Gate Bridge suicide. He sold the near-bankrupt lingerie company for USD $1 million in 1982, and mass market retail magnate Leslie Wexner had turned it into a USD $1.9 billion brand by 1995.

Through the distorted lens of our ideas of success, we see the sale of a dying company for 1 million dollars as a failure. And tragically, Roy Raymond did too.

Through the lens of survivorship bias, the media reported on Raymond as a sad, sorry figure who let billions slip through his fingers, despite the fact he was a Stanford MBA who made half a million in his first year of business and revolutionised the way the world buys underwear.

Through that same lens, Wexner becomes a shrewd and enterprising genius who turned the fate of Victoria’s Secret around – not just a guy in the right place, at the right time, with the right purchasing power.

How do we overcome our survivorship bias in startup culture?

Too many startups encounter ruinous debt trying to save a sinking ship. Why? Because they’re terrified of the shaming rhetoric of survivorship bias – the “they didn’t work hard enough” and “I guess they didn’t want it that bad”.

Giving up doesn’t have to mean throwing a lit match into an oil-soaked office. It might be reorienting to the point your original concept is unrecognisable. It might be admitting to your partner you got it wrong and are ready for a new direction. It might be overhauling your product, price point, or brand positioning. It might be selling.

What you might’ve considered a “failure” at the start might be the thing that keeps you afloat.

More importantly, one of the most valuable things we can do as aspiring founders is to look at the unpublished data. The promising failures. The almost-made-its. The startup cemetery.

There are pearls of valuable wisdom to be found from the ones who did everything right but missed that make-or-break bit of luck. Not just learning from their failures, but from their small victories that got forgotten or overshadowed by the negative.

Finally, we need to remember that anecdotal evidence is not scientific evidence. And every startup story is an anecdote.

Star Wars, Lord of the Rings, Harry Potter, and countless other epics all follow the “monomyth”: a replicable formula for success on the silver screen (although let’s check our survivorship bias and remember those filmmakers who followed it and still didn’t succeed). The hero goes through 17 set stages to achieve glory. The stages are always the same, and are always overcome in the same way (usually through courage of some kind).

But startup culture isn’t Hollywood, and there is no monomyth to follow. Imitating our peers doesn’t just bring in models that might not suit our unique operation, it also ignores whatever intangible luck or happenstance actually got them to their position of success.

In 2016, Conan O’Brien asked Bo Burnham for his advice to young people trying to “make it” in Hollywood. Bo responded with:

Just give up…. Your hard work and talent will not pay off. Don’t take advice from people like me who got lucky…. Taylor Swift telling you to follow your dreams is like a lottery winner saying ‘liquidise your assets. Buy powerball tickets. It works.’

His final line is survivorship bias in a nutshell.

As with most of Bo’s content, it’s tongue-in-cheek comedy based on serious points. But he touches upon something key: it’s okay to give up (and ideally start again). Preferably before you burn down your finances, your life, and everything in it just for the sake of being able to say “I never gave up”.

Previous article 20 years on, Atlassian continues to be unprofitable
Next article Telstra Ventures took a deep dive into blockchain and despite the crypto winter, is upbeat on web3
Via Business strategy
Tags contributor postinspirationSkalata

Wahid is Investment Manager at Skalata Ventures, joining the VC from one of the fastest growing scale-ups in the UK, Paddle.
He spent four years helping them scale from under 30 employees to 200, while also raising more than US$90 million.