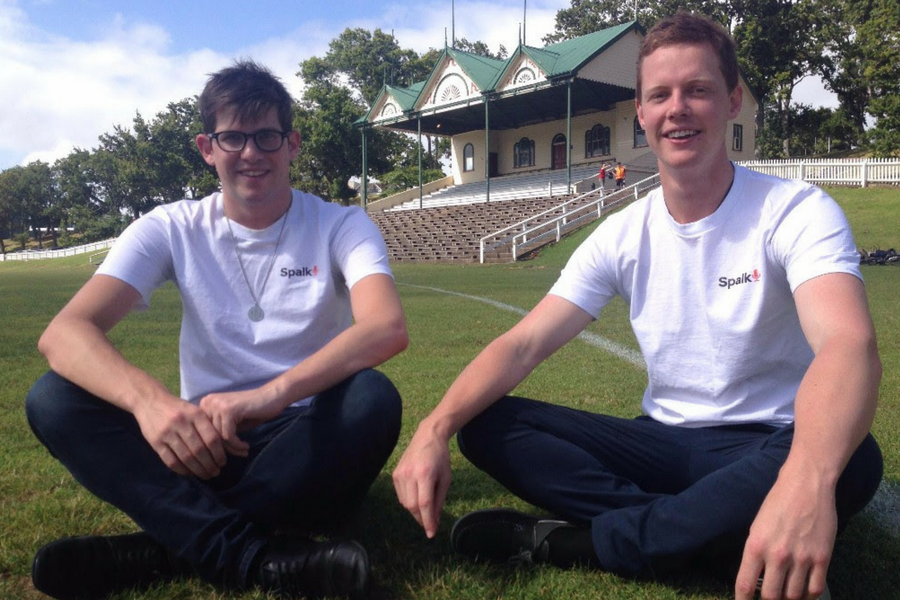 Depending on who you ask, the fact that the internet has democratised many an industry previously reserved for accredited professionals is either fantastic or one of the worst things to happen to society, ever.

This democratisation is particularly prevalent in the media and creative industries, with smartphones turning everyone into photographers and cinematographers and blogging platforms allowing for budding journalists and columnists to build up a profile and have their thoughts heard.

To further help the average joe get their thoughts heard is Spalk, an Auckland startup allowing aspiring sports commentators to broadcast their insights to the world play by play.

Describing it at “the Twitch TV for live sports commentary”, Ben Reynolds cofounded the platform with Michael Prendergast, the idea simply coming from the fact they had become sick of the commentators announcing their favourite sports.

“We downloaded a free internet radio tool and started commentating for ourselves. After building an audience in the thousands, we had friends and strangers asking if they could commentate through our channel as well,” Reynolds said.

“We quickly realised that people wanted options when it came to sports commentary, but that internet radio was up to two minutes out sync with the live game video and we were competing against the rights holders.”

For commentators the platform works by having them log on via their laptop or desktop, browse available games on the ‘Commentate’ tab, and then start commentating, with the audio syncing to the livestream. Mobile functionality is in the works.

Spalk has built integrations with YouTube Live and Livestream, allowing commentators who have found a live game on these platforms to paste the URL into Spalk and begin commentating, with the video embedded on Spalk alongside the commentary widget.

Commentators already on board are based around New Zealand and Australia, ranging from radio DJs to comedians and “everyday sports fans who fancy themselves behind the microphone”, said Reynolds.

The startup is taking an interesting path to monetisation, creating a white-label offering that enables broadcasters and existing sports streaming providers to access Spalk’s technology to enhance their own broadcasts.

This is perhaps the most interesting aspect of the platform, opening up sports to new fans and markets. The value of offering multi-language commentary was seen by Canadian broadcaster Sportsnet, which opened up the NHL to new markets with a Punjabi edition of the country’s storied Hockey Night in Canada program.

With this in mind the cofounders recently travelled to Singapore, where Reynolds said they spoke to a number of broadcasters interested in using their service to attract diverse audiences around southeast Asia.

Another focus for the startup is the ever-growing college sports market in the US.

As it looks to grow, however, Reynolds said Spalk is also keeping a close eye on moves Facebook and Twitter are making in the live sports space. Twitter has over the last few months signed deals with various leagues to broadcast live games through its platform, this past NFL season streaming the Thursday night game to global audiences each week.

“We’ve got a good technology buffer – and patents – around our tech, but recognise that Facebook and Twitter have the engineering capability to move quickly on new innovations and also have the existing social graph from which to pull commentators,” Reynolds said.

“As far as synchronisation of remote commentary goes, we think we are the first ones to crack that nut, so it’s really a case of moving quickly and getting market share.”