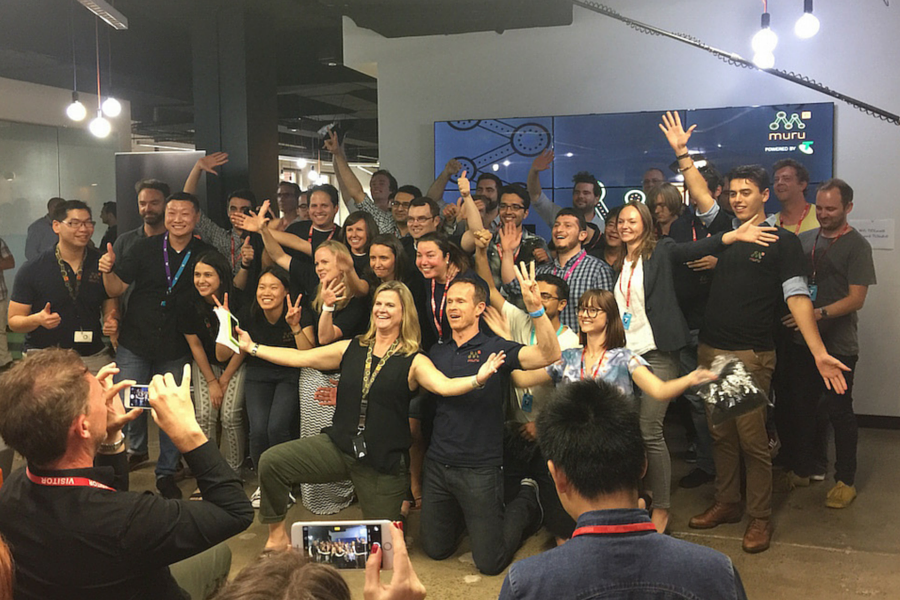 Telstra-backed startup accelerator program muru-D announced its latest intake of startups last night after an intense three-day bootcamp that saw 10 companies selected out of 40 that were on the shortlist when it began on Saturday. These 10 companies will make up muru-D Class 3, through which they will receive up to $60,000 in seed funding and have the opportunity to receive further funding of up to $120,000 via the muru-D follow on fund announced in October.

The new program will kick-off on February 1st 2016 and startups will immediately benefit from the growing community of muru-D mentors and industry professionals. Class 3 also sees perhaps the most diverse intake of companies from muru-D in regards to industries, as well as a solid mix of software and hardware plays.

From aquatic drones that inspect underwater assets to a ride-sharing service to space aboard nano-satellites, it is undoubtedly the most ambitious I have personally seen muru-D be in terms of taking a risk on companies that are literally creating new industries, not just revolutionising existing ones.

Cofounder at muru-D Annie Parker said that it was encouraging to see so many applications for this current intake and that it was a reminder of how the sentiment and support of the wider community can make entrepreneurship and innovative concepts really flourish.

“We accepted 390 registrations and 171 completed applications and were blown away by some of the creative ideas we received this year,” says Parker. “Between the drones, the nano-satellites, apps and internet of things platforms, this intake has raised the bar again and reminded us what an incredibly exciting time it is to be part of today’s technology landscape. I’m also thrilled to say that this year 60 percent of the startups have a female founder or team member, which almost double the industry average.”

The fact that five of the ten teams have female founders or cofounders is not just great for muru-D, but it is also an important milestone for the Australian startup ecosystem; in fact I believe to my knowledge muru-D is the first major local accelerator program to achieve this.

The ten successful companies for muru-D #SYD3 class are:

The company provides a service ensuring the efficient and reliable delivery of food by allowing food service businesses to search, book, manage, pay, train and monitor their delivery drivers.

It stands for Educators Lifelong Learning App and the company is like a “fitbit” for teacher’s professional growth.

The company has created a web and mobile app for schools, combining homework management, learning resources, student reporting, and communication into a single, unified experience.

The company has created a software infrastructure for Internet of Things that connects the sensors to existing business applications.

The company has created a craft and activity box subscription service for kids aged three to 10 years old.

The company has created a tool that makes selling online, making donations or trading services quick and easy by using a simple URL.

The company allows experiments by students to be conducted in space using a technology ride sharing service to space aboard nano-satellites.

The company allows web developers to build better websites, web apps, and tools much faster by enabling edits to be made live on a page.

The company has created a mobile app that provides preventative mental health support to employees and improves their productivity.

It is also important to note that as part of the new partnership between Seven West Media and muru-D, which will see the company supporting startups in the media industry, Simpla has been chosen to receive specialist digital media mentoring and support by the organisation.

He said, “Seven West Media is embracing disruption as an enabler and we are committed to supporting entrepreneurs and startups with great ideas. Our new partnership with muru-D allows us to do both.“