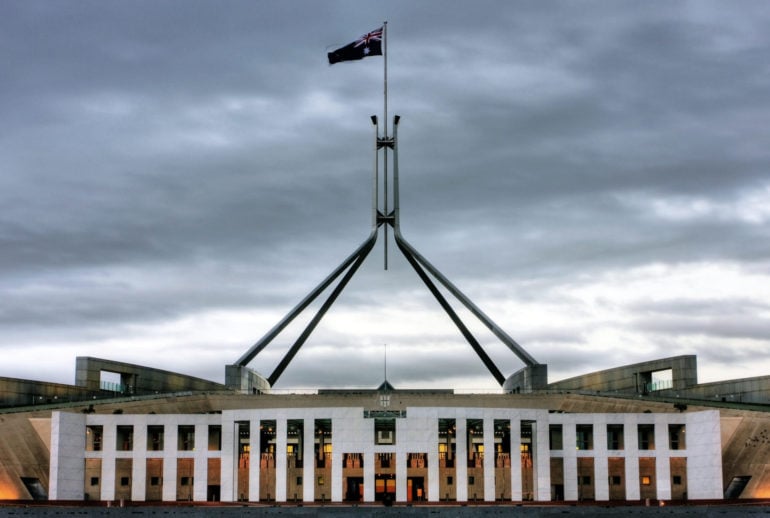 The Morrison government is setting up a parliamentary inquiry to put big tech companies “under the microscope” over dangers posed to people’s wellbeing by toxic material on their sites.

In its latest strike against big tech, Scott Morrison said the move built on the weekend announcement that the government would legislate “to unmask anonymous online trolls”.

“Mums and dads are rightly concerned about whether big tech is doing enough to keep their kids safe online,” he said.

The House of Representatives select committee on social media and online safety will be chaired by Lucy Wicks, MP for the NSW seat of Robertson. It will begin hearings in December and report in mid February.

In political terms, the government believes it is tapping into strong community concerns about the conduct of big tech and the risks posed to children.

The inquiry is expected to invite evidence from Tayla Harris, Adam Goodes and Erin Molan, who have been victims of trolling.

Facebook whistleblower Frances Haugen will also be invited. A former employee of Facebook, Haugen earlier this year left the company taking a massive trove of documents, including research reports, which she provided to the media. She later outing herself as the source.

She has provided material to officials bodies in the US, and given evidence to British and European parliamentary hearings as well as congresssional hearings.

Communications Minister Paul Fletcher said, “The troubling revelations from a Facebook whistleblower have amplified existing concerns in the community”.

He said organisations and individuals would have an opportunity through the inquiry “to air their concerns” and big tech would have the opportunity “to account for its own conduct”. Facebook, Instagram, Twitter, and TikTok will be asked to take part.

Australia had led the world in regulating social media, Fletcher said. It had established the world’s first dedicated online safety watchdog in 2015. This year the Online Safety Act had been passed to give the eSafety Commissioner stronger powers to direct the removal of online abuse.

He said even before COVID, in Australia there had been an increase in signs of distress and mental ill health among young people. Social media was part of this problem.

“In a 2018 headspace survey of over 4000 young people aged 12 to 25, social media was nominated as the main reason youth mental health is getting worse. And the recent leak of Facebook’s own internal research demonstrates the impact social media platforms can have on body image and the mental health of young people.

“We know that we can’t trust social media companies to act in the best interests of children, so we’re going to force them to,” Coleman said.

Under its terms of reference the inquiry will look at the range of harms that may be faced by Australians on social media and other online platforms, including harmful content and harmful conduct.

It will investigate the potential harm to mental health and wellbeing, and the extent to which algorithms used by platforms permit, increase or reduce harm.

Also under scrutiny will be identity verification and age assurance policies, and the effectiveness and takeup of industry measures to keep people, especially children, safe online, and to give parents the tools for protecting their children.

An exposure draft of the anti-trolling bill will be released on Wednesday.

Under this legislation, social media platforms would have to reveal the identity of those posting defamatory material anonymously.

Morrison said earlier this week, “The online world should not be a Wild West where bots and bigots and trolls and others are anonymously going around and can harm people and hurt people”.