Yay! We’ve made it to Thursday.

Accountancy platform Xero has acquired the 17-year-old Danish workforce management platform Planday for €155.7 million (A$241m) upfront, plus a subsequent earnout payment of up to €27.8 million (A$43m). Around 45% of the initial cost will be payable in shares in Xero (ASX: XRO) and 55% in cash.

Planday has more than 350,000 employee users across Europe and the UK. The software simplifies employee scheduling, allowing businesses to forecast and manage their labour costs. Following the acquisition, Planday will expand its presence into other markets where Xero operates.

Planday currently operates are Denmark, Norway, Sweden, the UK, Germany and France. The business, which has been a Xero ecosystem partner since 2019, will continue to offer services to existing customers and partners, including other accounting software providers.

Xero CEO Steve Vamos said the acquisition “aligns with our purpose to make life better for people in small businesses and their advisors. Planday’s workforce management platform helps small businesses to respond to the rapidly changing nature of work. Planday also addresses the growing need for flexibility and rising compliance demands
within the workplace.”

German air taxi startup Volocopter has raised €200 million (A$302m) in a series D, with the decade-old venture saying the cash injection will be used to take its VoloCity, a battery-powered air taxi for cities, to certification and accelerate the launch of its first commercial routes within the next two years.

Volocopter has performed several milestone flights in Helsinki, Stuttgart, Dubai, and over Singapore’s Marina Bay in recent years. Services in Singapore and Pari, then routes in the US, Asia, and Europe, are on the drawing board.

“No other electric air taxi company has publicly performed as many flights in cities around the world, with full regulatory approval, as Volocopter has,” he said.

“Our VoloCity is the fifth generation of Volocopter aircraft and has a strong path to being the first certified electric air taxi for cities. Volocopter already has the extensive partnerships necessary to set up the UAM [urban air mobility] ecosystem for launching both our company and the industry into commercial operations.” 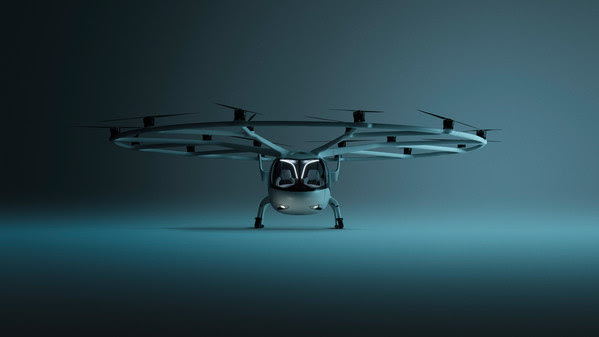 We ventured down the non-fungible token (NFT) rabbit hole in yesterday’s guide with news that Grimes sold her art as NFTs. Even Christies is getting into the lark – read more about that here.

Forgive us for thinking this sounds like the old Emperor’s New Clothes story sold to an online generation. Apparently you can’t have a toke of your crypto cannabis, but if you want to swing by his place, he’ll skin up for you.

“This digital cannabis strain will live on the ledger forever, and it having a physical counterpart makes it one of a kind,” Grundy told Forbes.

Perhaps this is proof that drugs are indeed a waste of money. Bids so far sit around A$100.

ASX-listed Bitcoin-related startup DigitalX (ASX:DCC) is raising A$8.8 million from US institutional investors. The company said the funds will be used to accelerate its business plan by growing its funds management division while continuing the development and rollout of its Drawbridge regtech product.

The placement will comprise the issue of 97,963,164 new fully paid ordinary shares at a price of A$0.09, a 2% discount to the volume weighted average price.

Leigh Travers, Executive Director of DigitalX said: “With tailwinds in the Bitcoin and digital asset market and the potential growth opportunity for the funds management division, the Company believes it is an appropriate time to raise additional funds to accelerate the business”.

Q-CTRL will develop its quantum technologies in coordination with Fleet Space Technologies, a nanosatellite startup and founder of the Seven Sisters consortium. The missions are designed to find accessible water and other resources in support of NASA’s Artemis program to land the first woman and next man on the Moon by 2024 and create a sustainable human presence for later crewed Martian exploration.

Key applications will include remote detection of liquid water and mineral deposits through quantum-based gravity detection and magnetic field sensors. Quantum-enhanced precision navigation and timing (PNT) will also be deployed to provide guidance for long-endurance missions with limited telemetry contact.

Q-CTRL also plans to leverage its work with the space consortium to offer new commercial applications of geospatial intelligence for defense, finance, and climate change mitigation.

THE STARSHIP HAS LANDED pic.twitter.com/SX5dz9QUGp

Global tech Google has lost its legal fight with the ACCC over misleading consumers about location data
Simon Thomsen - April 16, 2021

Fintech Zip raises another $400 million as co-founders sell down $19 million worth of stock
Simon Thomsen - April 16, 2021

Deep Tech If Neuralink’s monkey can play Pong with its mind, imagine what humans could do with that tech
David Tuffley - April 15, 2021