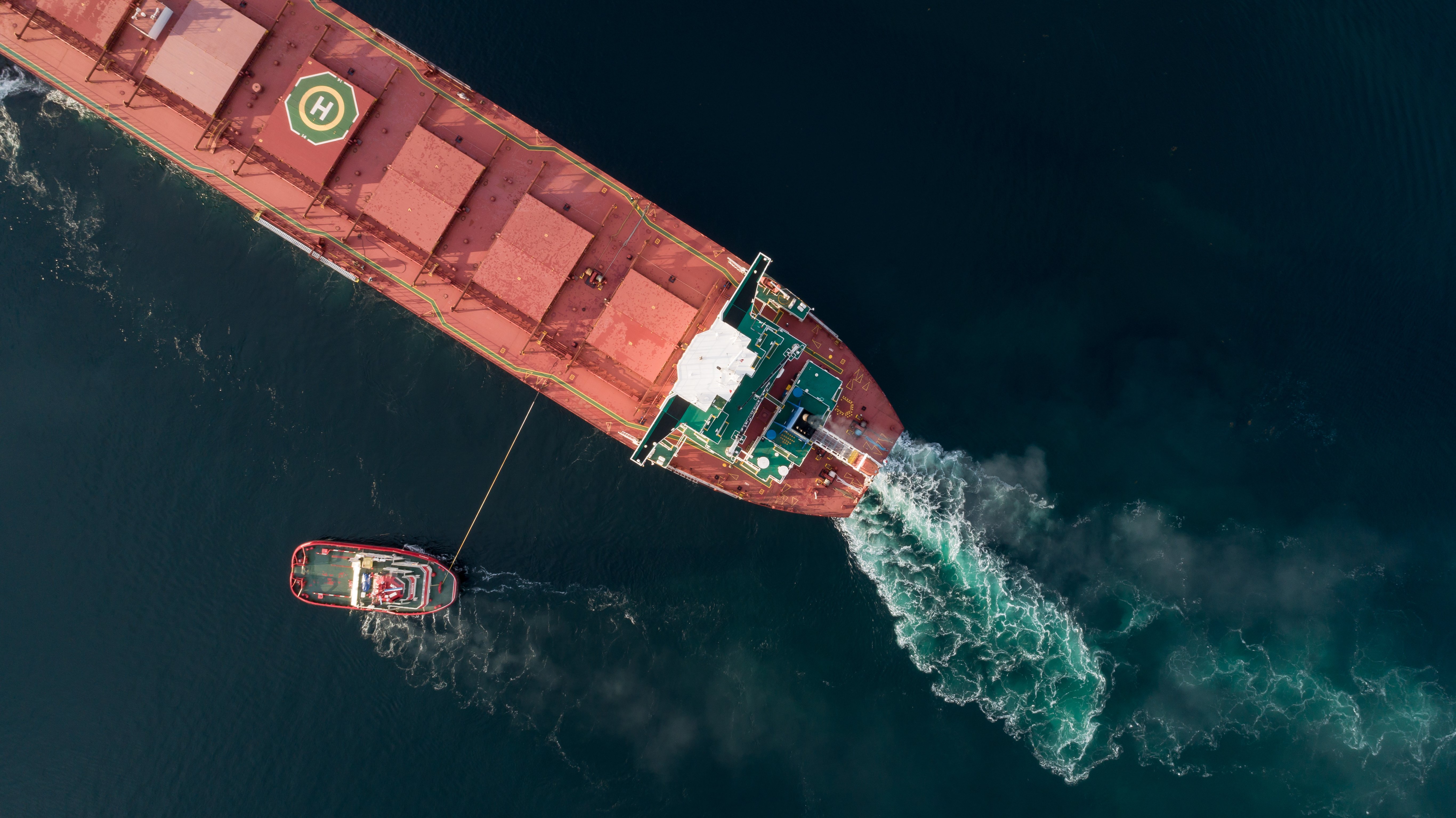 The Company (ASX: WTC) reported a Statutory Net Profit after Tax (NPAT) of $160.8 million, up 197% on FY19, but nearly two-thirds of that figure came from “a non-cash, non-taxed fair value gain of $111 million generated as a result of the renegotiation of acquisition earnout obligations and adjustments in the first half of 2020 (1H20)”.

Excluding this fair value gain and associated finance costs of $2.9 million (net of tax), FY20 underlying NPAT was flat on FY19 at $52.6 million.

The company said that figure reflected increased investment in research and development and the amortisation of acquisitions, which resulted in a 66% increase in depreciation and amortisation.

Gross profit increased by $64.3m, up 23%, to $345.9m, which WiseTech said was “mainly driven by organic revenue growth and the full period impact of the FY19 acquisitions”. Gross profit margin remained steady at 81%.

Annotations in the WiseTech results say NPATA “is a primary measure used by the Chief Operating Decision Maker (CODM) for the purpose of assessing the Group’s performance”.

WiseTech founder and CEO, Richard Whit the business has remained resilient, delivering solid revenue and EBITDA growth in FY20, in line with its guidance.

“Importantly, our CargoWise platform has continued to deliver strong revenue growth in FY20 through increased usage by existing customers and growth in new customer numbers,” he said.

“Our strategic acquisitions over the past three years have further extended our market reach, enabling us to increase our penetration of the $13 trillion5 global logistics and supply chain market. COVID-19 market disruptions have provided a long-term tailwind for growing our market share as the need for digitalisation across the global logistics execution market accelerates and significantly increases the value and demand for CargoWise.”

WiseTech said it initially saw volatility in global logistics markets and a marked slowdown in the movement of goods across all modes of transport, with lower transaction volumes recorded in late January and February due to the COVID-19 impact in China, and in March through to May due to the impact in Europe, the Middle East, Africa (EMEA) and the Americas.

“This resulted in forfeited revenue growth of an estimated $10 million to $20 million in 2H20,” the company said, adding that by the end of July, CargoWise user numbers were close to pre-COVID-19 levels.

Earnings before interest, tax, depreciation and amortisation (EBITDA) grew 17% to $126.7 million and includes a one-time EBITDA benefit of $6.4 million.

WiseTech declared a dividend of 1.6 cents per share, down on last year’s 1.95 cents.

Meanwhile, investors lapped up WiseTech shares, which jumped 33.93% to $27.87 on Wednesday to be the ASX’s biggest mover.

WiseTech is one of the most shorted stocks on the ASX. It’s one of the top five ASX tech stocks – the W in WAAAX – and has seen its share price range between $38 last September and $11.80 when the market bottomed in March this year. 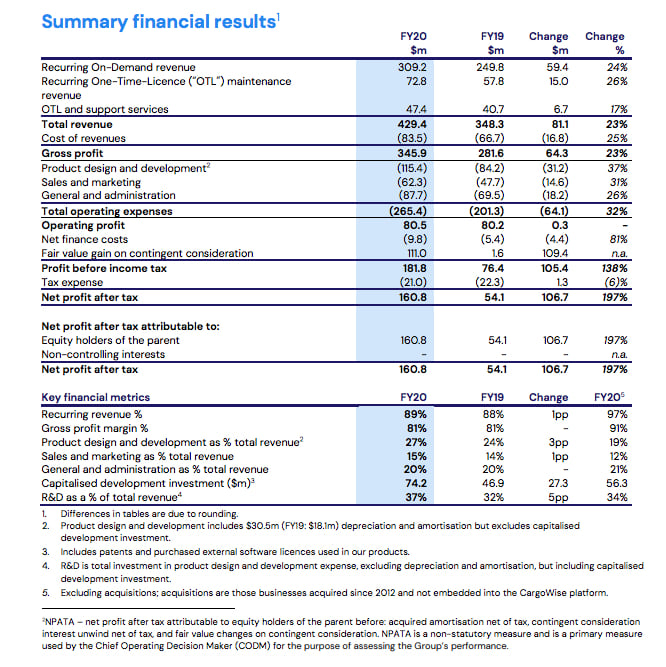 Previous article A VC investment manager explains how to get into impact venture capital
Next article Buildkite, ‘the best-kept secret in DevOps’, raises $28 million for $200 million valuation
Via News & Analysis
Tags ASXlogisticsreporting seasonWisetech