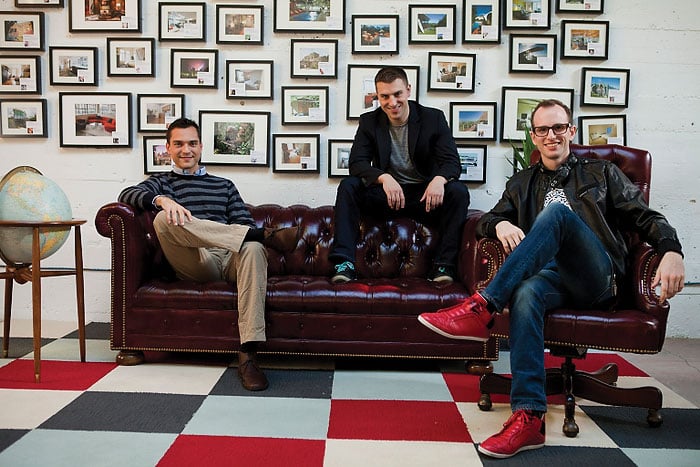 There’s plenty of big news from the tech world, so let’s go.

WeWork co-founder Adam Neumann is suing the company biggest backer, SoftBank, for failing to buy US$3 billion worth of WeWork stock from the former CEO and other shareholders, claiming the Japanese investor was in breach a contract, the New York Times reports.

The purchase was meant to be part of the company’s bailout when it teetered on collapse following its disastrous IPO attempt, during which Neumann’s actions as CEO came under intense scrutiny and ultimately saw him ousted from the business. SoftBank pulled out of the deal on April 1 claiming the company failed to meet certain conditions for it to proceed, costing Neumann US$185 million in cash, alongside his $1 billion worth of shares. The co-founders lawsuit claims SoftBank “was secretly taking actions to undermine” attempts to meet the conditions, involving the company taking full control of its China JV.

WeWork board members launched legal action against the bank last month after the deal fell over.

SoftBank, having ploughed around US$7.5bn into WeWork with Neumann at the helm, wrote down the value of its investment by US$4.6bn last November, after gaining effect control of the business in the bailout.

WeWork is expected to lay off more workers in the months ahead having already cut around 3000 staff since last year in an attempt to keep the business afloat.

Airbnb co-founder and CEO Brian Chesky has been forced to lay off around of quarter of the company’s 7,500-strong workforce, 1,900 staff, with the company’s 2020 revenue like to be halved, with the accommodation startup raising US$2 billion in the last few weeks to cover that missing revenue.

In an long email to staff shared on the company’s site about “the most harrowing crisis of our lifetime” the wrote: “This is incredibly difficult to confront, and it will be even harder for those who have to leave Airbnb”, adding “I am truly sorry. Please know this is not your fault.”

Promising “a more focused business” Chesky says the crisis “has sharpened our focus to get back to our roots, back to the basics”, the company will halt work on Transportation and Airbnb Studios, and scale back investments in Hotels and Lux.

But the notable aspect to his message was the generous severance for those leaving: in the US 14 weeks, plus a year for every year with the company, rounded up, and 14 weeks plus local laws internationally, 12 months of health insurance in the US and to the end of 2020 internationally, everyone keeps their laptop, and for those who’ve been there less than 12 months will still qualify for company shares if they’re leaving. The company’s recruitment team will pivot to become an Alumni Placement Team to help former staff find jobs.

No news on the future of the planned 2020 IPO at this stage.

It seems all those $10,000 wads of superannuation cash being handed out early as part of the Morrison government’s covid-19 response have tempted hackers, with the Australian Tax Office, which is handling the process, calling the Australian Federal Police over suspected fraudulent access.

Sky News reports the ATO confirmed an investigation into fraudulent activity involving more than 100 suspected victims, who used the ATO website to register for the the super early access scheme. The tax office said its online online systems have not been compromised.

In a statement issued to Sky News, the ATO said: “Measures designed to protect the integrity of the early access to superannuation scheme have helped detect a small amount of fraudulent activity associated with the program. A small number of people appear to have had personal details unlawfully used in a bid to defraud the program. This has been stopped and the impacted individuals are being contacted.The matter is currently under investigation by the AFP.”

Remember when the former Artist Formerly Known As Prince” changed his name to a love symbol? So father for the seventh time, Elon Musk, and partner Grimes, have supposedly named their child X Æ A-12, if you believe the billionaire revealing the news as an aside to someone on Twitter.

One suggested pronunciation is “Ecks Ash A minus 12”.

We’re surprised the prankster didn’t go with Model G or, based on SpaceX, a bird of prey like Buzzard – Buzz for short.

But we have enjoyed Twitter’s take on it.

Actually pretty obvious how they named X Æ A-12 pic.twitter.com/EnvN5tLRIW

his dad: wtf he say

Grimes: he said he hungry

Meanwhile, Forbes reports that Musk, already worth US$39 billion, is about to land the first slab of his 12-part US$55 billion Telsa pay packet, worth around US$700 million because the car company’s share price has more than doubled since its March 18 low, and currently sits above $768. He had a target – alongside others on revenue and adjusted profits – that meant Tesla’ six-month and 30-day market cap averages had to hit $100 billion. For his troubles, he’ll receive 1.69 million Tesla options from the company’s board, at an exercise price of $350.02 each. Their value at the current price is US$706 million.

As Forbes reminds us, in April, Tesla furloughed thousands of workers at its California factory and cut pay for remaining US employees by at least 10%.

5. Twitter’s trying to be nicer

Twitter is trialing a new moderation tool that warns someone when they’re about to be a dickhe use “harmful” language. It’s only going to be for iOS users (obvs they swear like Steve Jobs) and when you’re about to do something bad, a prompt will come up ” that gives you the option to revise your reply before it’s published if it uses language that could be harmful”.

“When things get heated, you may say things you don’t mean. To let you rethink a reply, we’re running a limited experiment on iOS with a prompt,” Twitter Support says.

Wonder if calling a cave diver “pedo guy” would count?

The good news is we’re all about to get the threaded conversation layout they’ve been trialing to make it easier to see threads.

BONUS ITEM: 25 million schooners of beer are about to be tipped down the drain.

Seven News reports tens of thousands of kegs of beer left from closed pubs are going to waste, with Lion Australia is emptying 90,000 kegs – about 4.5 million litres – which they’ll also turn into biogas to make more beer. VB maker CUB gave pubs 2-litre glass flagons so they could sell some of it as takeaway.