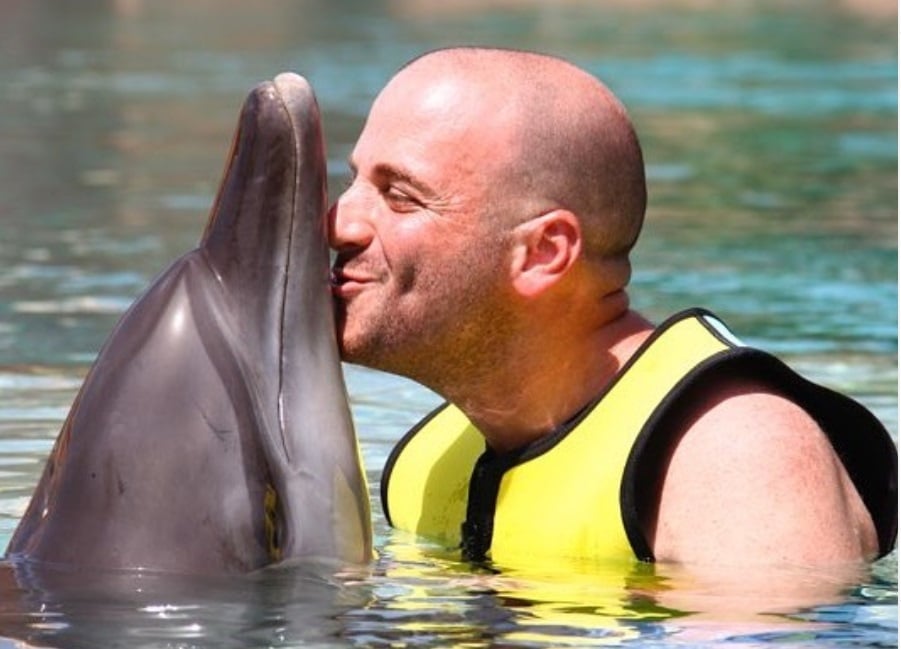 So long and thanks for all the fish... George Calombaris has placed his restaurant empire in voluntary administration. Photo: @gcalombaris/Instagram

Here’s what’s going on in the world.

1.  US politician who invested in an ASX-listed medtech jailed for insider trading

Australia’s corporate cop, the Australian Securities and Investments Commission (ASIC) has been accused, yet again, of being asleep at the wheel, after the ABC’s Four Corners revealed the story of a  former US congressman close to president Donald Trump, convicted for insider trading over an ASX-listed biotech startup he was a director and major investor in.

Former Republican congressman Chris Collins, after initially denying the charges, pleaded guilty to lying to the FBI and insider trading. He was sentenced to 26 months in jail, fined $US200,000 and banned from serving as a director of a public company in the US.

The biotech venture, Innate Immunotherapeutics, began in New Zealand before listing in Australia in 2013, and was trying to develop a drug to treat multiple sclerosis. Australian taxpayers handed over $4.5 million in R&D tax incentives for its research and clinical trials.

US legislators were concerned about Collins, investigators already suspected he was involved in insider trading, and Australian investors also raised concerns with ASIC, but to no avail.

Things came crashing down when the clinical trial failed. Collins found out during a picnic, hosted by Trump, at the White House. Astonishingly, he was caught on film on his phone warning his son, Cameron, a major Innate investor, to get rid of the stock. Over the next four days, before Innate shares were placed in a trading halt, and the trial results were released, the Collins clan “managed to avoid more than AU$1 million in losses” Four Corners reports.

Despite a widespread view that Collins broke several Australian laws, and his own admissions, ASIC looked into the issue but “did not identify sufficient evidence to warrant formal investigation” of what happened at Innate.

The business has since been taken over by a Melbourne company and scrapped its MS research to focus on cancer instead.

Swedish buy-now-pay-later fintech Klarna, which launched in Australia last month, thanks in part to the CBA tipping US$300 million into the business, has signed its first deal with an Australian retailer, John Winning’s online appliance site Appliances Online. That means you can now buy a toaster, fridge, kettle or coffee machine with four monthly payment installments via the Klarna app.

Meanwhile, cash is rolling into other digital health startups this week.

Adherium Ltd, an ASX-listed digital health tech venture (ASX: ADR) working on sub-optimal medication use in chronic lung diseases such as asthma and COPD, has raised $5.4 million in a rights issue that largely saw the 162 million shortfall shares sold to wholesale and exempt investors at $0.03 each. The company currently trades at 0.034 cents. The funding will go towards further development of its sensor-connected inhaler, Hailie; UK and US sales channel expansion and building engineering and quality resources in Australia, among other projects. Adherium’s tech  enables people who live with asthma or COPD to more easily manage their condition alongside their GP.

Sydney health analytics startup Prospection, which uses AI and machine learning in data analytics to tackle HIV and Hep C, has raised $10 million from in its first external funding round. The CSIRO’s Innovation Fund Main Sequence Ventures, led the round supported by Hong Kong’s Horizons Ventures. Prospection will use the funds to accelerating the development of its capabilities, growing into new therapy areas and going global, with new offices opening across Asia Pacific.

Opyl, formerly ShareRoot, has been a tough ride for investors in recent years, with its shares down  83% in three years, including a 14% fall in the last month. It’s down another 6% to 0.14 cents today.

One of the first and simplest lessons in politics is don’t give your enemies ammunition, yet so many politicians are slow learners.

Take US Speaker Nancy Pelosi. Yes, the US President was classless when he didn’t bother shaking her hand during last week’s State of the Union address, but ripping up his speech was always going to come back and bite her. It didn’t take long for Trump supporters to weaponise it, splicing what she did at the end of his speech into moments during the speech. The result has enraged Democrats demanding that Facebook and Twitter take down the clip because it’s fake news.

Both social media sites declined.  And there was this testy exchange on Twitter between Andy Stone, the Facebook comms manager, and Drew Hammill, Pelosi’s chief of staff.

The American people know that the President has no qualms about lying to them – but it is a shame to see Twitter and Facebook, sources of news for millions, do the same. https://t.co/OatHIOamsD

what planet are you living on? this is deceptively altered. take it down.

Just in case you missed the news, MAdE Establishment Group, the restaurant business fronted by former Masterchef star George Calombaris, went into voluntary administration yesterday, with 400 people losing their jobs.

Yes, the business was at the centre of a wages underpayment scandal in recent years, but administrators KordaMentha Restructuring said: “employees have been paid all outstanding wages and superannuation up to the date of the appointment”.

What does this have to do with startups? Well, the business, in which Calombaris was a minor shareholder, but very much brand ambassador until things turned pear-shaped, had sought to scale rapidly. The group had 22 companies, and more than a dozen food sites in Melbourne alone, most notably, the Jimmy Grants souvlaki stores, which have closed along with the fine dining restaurants. MAdE’s Yo-Chi frozen yoghurt outlets continue to trade as the administrator looks to sell them as a going concern.

MAdE is not alone in attempting the scale model – private equity-backed Rockpool Dining Group, which runs everything from burger outlets to Belgian beer halls and sushi bars, has gone down a similar path with mixed success as the market changes dramatically, interrupted by tech such as Uber Eats.

But there’s also a lesson in brand value from all of this.

MAdE tried to phoenix itself in the wake of the underpayments scandal, trying to distance itself from its previously high-flying (literally – he was doing food for Qatar Airways) chef, rebranding the Hellenic Hotel Williamstown as Hotel Argentina, Hellenic Republic Brunswick as Crofter Dining Room in a partnership with another chef, the widely loved Matt Wilkinson, and The Press Club as Elektra. There was critical acclaim but indifferent patronage. The damage had been done.

As someone who’s worked on the front line in hospitality, which generally is a small business, as well as a restaurant critic, my personal view is that Calombaris stuffed up, as people who are good at one side of a business and not others, are wont to do, and when he discovered the mistake, worked hard to make it right by his employees. I’ve known him for nearly two decades and remember when as an enthusiastic 20-something, serving tuna with banana of convincing all of the brilliance of his revelation. The infectious enthusiasm you saw on screen is true in real life. Calombaris worked hard to build something and cared deeply. This is an Icarus-like tale – a reminder of how quickly fortunes in business can turn.

The saddest part is it’s the workers who lose out once again, although the chef has put his house up for sale, among other properties.

But one comment from KordaMentha’s Craig Shepard stood out as he picked over the entrails to explain the failure, singling out the tech giants as a contributing factor.

“Other factors were generally difficult trading conditions in the hospitality industry in recent years due to the expansion of the on-demand economy via services such as UberEats and Deliveroo, increasing costs, fierce industry competition and changes in consumer tastes to favour cheaper mid-tier dining options,” he said.

Masterchef’s majesty has been traded in for junk food brought to you by a bloke on a bike from the servo.

BONUS ITEM: Credit to Chris Rock, riffing on the Amazon boss at the Oscars with lines such as: “When he writes a check, the bank bounce. Jeff Bezos is so rich, he got divorced and he’s still the richest man in the world”.

But kudos to and congrats to Māori filmmaker Taika Waititi, Oscar winner for best adapted screenplay for Jojo Rabbit, who, fresh from sending up Nazis, tackled the big issue – Apple’s lousy keyboard. And no Variety, he’s not joking.

Taika Waititi jokes about what writers should be asking for in the next round of talks with producers: “Apple needs to fix those keyboards. They are impossible to write on. They’ve gotten worse. It makes me want to go back to PCs” #Oscars pic.twitter.com/vlFTSjCfZm