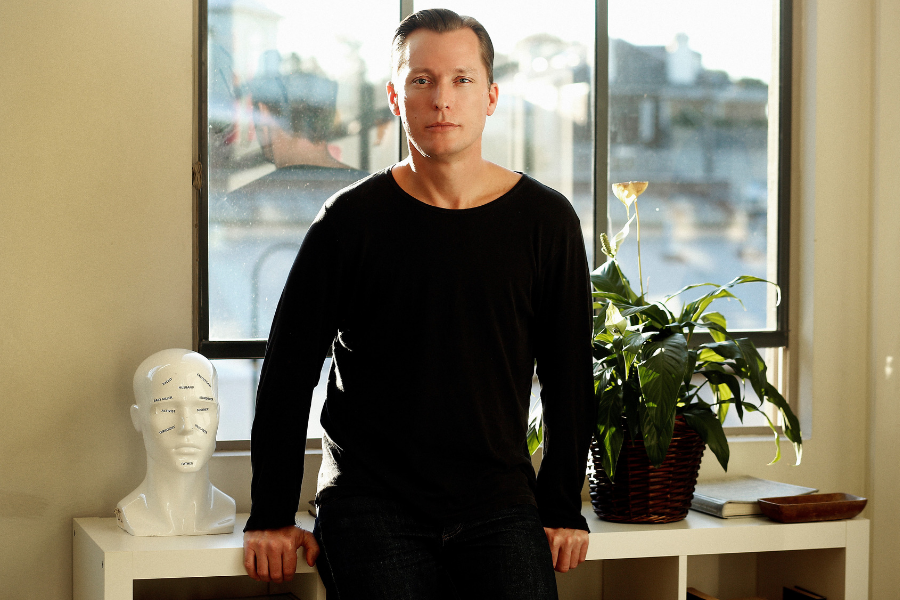 According to a 2018 report from mental health organisation SuperFriend, 25 percent of Australians experience high levels of stress in their current job, with job insecurity, bullying, work-related insomnia, and lack of flexible working arrangements the biggest contributors to mental health issues experienced at work.

The statistics get even more worrying when looking at those working in high-risk sectors, such as the military and emergency services, and the impact can be devastating: research from the US Department of Veterans Affairs found around 20 veterans, active duty service members, National Guard, and reservists die a day across the US.

This is an issue close to the heart of Chris Rhyss Edwards, whose startup Soldier.ly has designed a stress intervention tool, a smartwatch app called Overwatch, that he hopes can help those suffering from stress.

A former army combat engineer and peacekeeper, Edwards spent 17 years building digital products and business units for the likes of News Corp, Sensis, and Clemenger BBDO before the idea for Soldier.ly came in 2016, after the breakdown of his marriage.

“I sunk to a low point where I ended up standing on top of a seven storey building contemplating taking my life. As I stood there, I was rudely interrupted by an SMS from a friend asking if I was OK,” Edwards said.

Edwards spent the next few months both seeking help and doing market research. In the process, he said he learned about the worrying statistics concerning not only stress and poor mental health among those working in high-risk environments, but the fact that stress is affecting many in the general population.

The lightbulb moment for the solution then came when Edwards learned that consumer smartwatch technologies can be leveraged to monitor biometric data and alert someone when stress signs increase.

With that fact in hand, Edwards began the “gruelling, expensive, and fascinating” Soldier.ly journey.

“We originally committed over $100,000 to developing the Soldier.ly app prototype for iOS, and whilst we were successful in detecting stress signals in real-time, we quickly discovered that the amount of data signals we were tracking would drain an Apple smartwatch battery in under three hours,” he explained.

“So I reached out to Fitbit Health Services to discuss developing the app on their platform and they were incredibly supportive and immediately on board. Within days we had 50 Fitbit Ionic devices on my doorstep and had been introduced to their executive team to discuss how to best leverage the various health data available through their API.”

In its current iteration, the app works on Fitbit smartwatches – themselves compatible with Android and iOS smartphones – to track biometric signals and behavioural lifestyle data in real time.

It will alert the wearer when signs of stress or anxiety start to rise, after which it will then guide the wearer through a calming breathing exercise.

However if the stress level is significant or persistent enough, Edwards explained that the app will contact emergency services or friends or family.

The app will ask for feedback after each incident, Edwards added, so it can learn to understand the difference between eustress, or positive stress, and distress, or negative stress.

“It does this using machine learning technology, which helps it develop a detailed bio-signature of the user so that it doesn’t react to ‘false positive’ data in the future,” he explained.

With Overwatch having gone through a series of validation pilots, Edwards said the team has noticed a series of “simple but dramatic” results.

Firstly, he explained, while people are usually conscious of the mid-level stresses in their lives – for example, we know we’re going to experience stress if we’re told we have to speak in front of a crowd – many are not aware of how much stress their bodies face when dealing with negative people or waiting in line at the bank.

Edwards was also surprised by how fast people could take control of their stress when they were alerted to it, while the company also found that the use of tech interventions that made people aware of the causes of their stress and gave them exercises to deal with it tended to make a future incidence of the same event less stressful.

While Edwards said finding customers has “never been a problem”, with Soldier.ly “a purpose driven enterprise with our aim being to reduce the incidence of suicide and suffering within the veteran and first-responder communities”, the company has decided to broaden its scope after coming to understand the impact stress is having across the general population.

The startup has been helped along by its participation in the HCF Catalyst accelerator program, which Edwards said assisted Soldier.ly in turning the Overwatch MVP into something marketable.

“My two key takeaways from the program are, one, surround yourself with the smartest people as this will make your life far easier and your start-up journey far less bumpy, and two, never forget the mission,” Edwards said.

“Everyone wants your time, or has a product, service or idea they think will change the game for you, but if it doesn’t directly align with your core mission and take you a step forward, then shelve it for now and politely thank them for their time.”

The startup is now partnering with the University of Technology Sydney’s Neuroscience Lab and a Defence agency to run a series of national research pilot projects to refine and validate its core stress detection algorithm.

Following on from this, Edwards said the startup will then look to deploy the app across various agencies nationally before releasing a modified consumer app.

As if that weren’t enough, Soldier.ly is also preparing to pitch as a global finalist in the Zurich Innovation World Championships in early February, having won the ANZ and APAC rounds late last year, before launching a Series A funding round.

Edwards has also helped launch a new charity, Turn and Face, which looks to provide fitness sector training and qualifications for veterans. The aim is to train these veterans so they can then train others, and provide fitness and physical rehabilitation support to disadvantaged communities.

“More than 5,000 men and women leave the Australian Defence Force each year, and many struggle with making the transition from the tightly structured community within Defence to life as a civilian, which is why our charity is 100 percent focused on supporting veterans by providing them with training, structure and a new mission within the wider community,” Edwards said.

“We believe that by recruiting our own army of veterans we can proactively serve the community by training men and women to help people manage stress via exercise, community support and using technology can make a real difference in the community.”