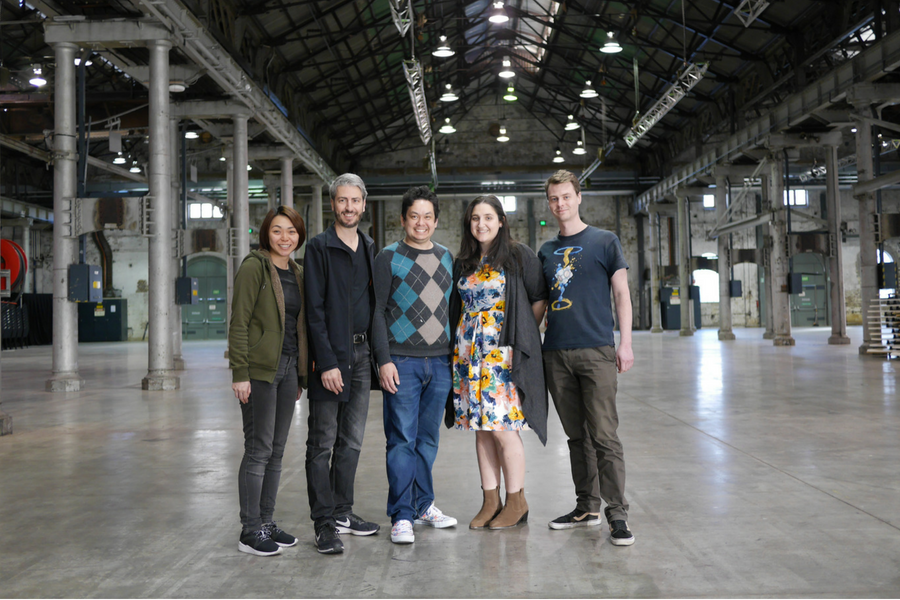 A Medium post detailing how someone ‘hacked time’ went viral last month. How they did it? Prepare yourself, because it’s big: they set their alarm for 5.30am.

It may sound funny when you read the headline, but it’s easy to understand why the post resonated with people. Despite being connected to the internet via one device or another for the majority of our waking hours, many of us feel that we’re still not all that productive when we need to be and rather are constantly getting distracted.

The problem is particularly rife in offices; according to the Washington Post, researchers at the University of California, Irvine found that the typical office worker is interrupted or switches tasks every three minutes and five seconds, on average, and it can take them more than 23 minutes to get back to where they left off.

One trick my colleagues and I on the editorial desk have been trying in a bid to combat distractions is the ‘hour of power’, an hour where we put our headphones in and crank up the Spotify. (To be fair, it’s not been aimed at others coming up to distract us so much so much as me realising I have not stopped talking and now need to get some work done and let my colleagues get their work done.)

While there’s no end of productivity tools out there, approaching the problem with a new techie solution is Sydney startup TimeChi, founded by Sean Greenhalgh and James Virtue.

The idea evolved out of another: a “self-confessed gadgets geek”, Greenhalgh said he decided to turn his house into a fully Internet of Things-enabled smart home with smart light bulbs and voice control.

“However I soon realised that when I needed the restroom in the middle of the night, having to say ‘Alexa, turn on the bathroom light’ kept waking my wife up. Something was lacking – an option to control smart lights without the use of voice commands,” he said.

So he began working on the idea, bootstrapping as he sought to create a ‘smart light switch’.

With the team all trying to do as much as they could in as short a time as possible, Greenhalgh explained, they started working with the pomodoro technique, a time management technique that typically sees work broken down into 25 minute intervals.

“We made a small device using the same hardware we were already using for the light switch to act as a visual indicator of our focus and break periods,” Greenhalgh said.

“We added more functionality to the device, and after dogfooding the product, many people heard about it and asked where they could buy one. We knew then that wanting to be more productive was a genuine problem that many people faced, and so we started on a mission to enable people to be their most productive self.” 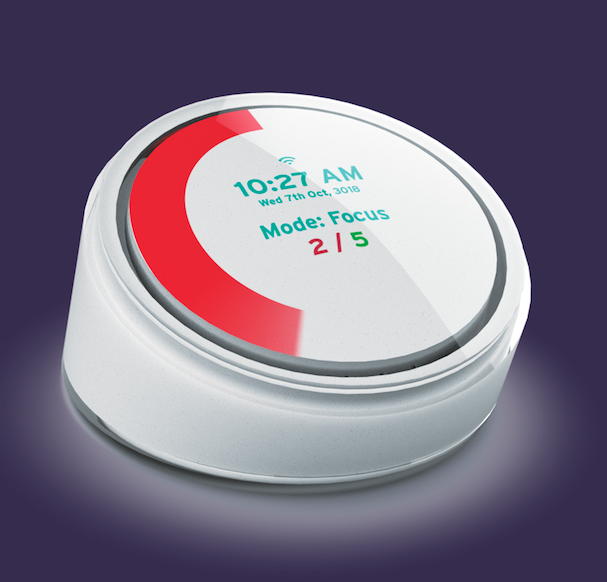 In its current iteration, TimeChi is a small device that works with an accompanying app, where users are able to customise their focus and break periods, and block particular websites and notifications across their devices during certain periods.

Once they’re ready to go on a focus period, for example, they simply push the button on the TimeChi and the app will block the listed websites for that period.

The idea of breaking time down into different periods is based on the ‘timeboxing’ methodology, where someone gives themselves a small timeframe, such as half an hour, to achieve a task.

The device also features a “visual traffic light indicator”, Greenhalgh explained, which displays what mode the user is in and the remaining time that they will be in that mode.

“What this means is that others can see when to leave you alone, when you’re free to talk, and when to come back,” he said.

All of the design work for the TimeChi device has been done in-house, while some materials such as the circuit boards have been manufactured in China.

“The device is then put together in Sydney; using a combination of this and 3D printing allows us to iterate very quickly and come out with new revisions on a weekly basis,” Greenhalgh said.

This ability to develop new prototypes on an ongoing basis has allowed TimeChi to share the device with test groups, receive feedback, and iterate.

“One of the biggest issues with hardware is once the product is made it almost always stays in a static state. However we have worked to make sure that our hardware is only a small part of the equation – what’s important is that we are able to constantly update TimeChi with software fixes and introduce new features,” Greenhalgh said.

“I think the Australian investment scene can be quite wary of hardware startups, because they can be turned off by threats from overseas copycats who may try and recreate our device. However, the real value is in our software (hard to copy) vs. the hardware (easy to copy).”

With a view to running a Kickstarter down the line, TimeChi is in particular looking to market the device to the likes of programmers, engineers, and students.

“We also plan to market to time-billed industries as it lends itself well to professions such as lawyers and accountants,” Greenhalgh said.

Greenhalgh added the startup has also seen interest from people who have previously used the pomodoro method or another system called timeboxing, as well as businesses who know how detrimental interruptions can be on their team’s productivity and well-being.

Of course, there are a wealth of competitors in the space – a whole host of apps and devices, such as the pomodoro timer itself from which TimeChi drew inspiration. However, Greenhalgh believes TimeChi provides a “holistic approach” that bring together the variety of factors required to help people work smarter.

Having recently sold out of pre-orders, the team is gearing up to launch a Kickstarter campaign.