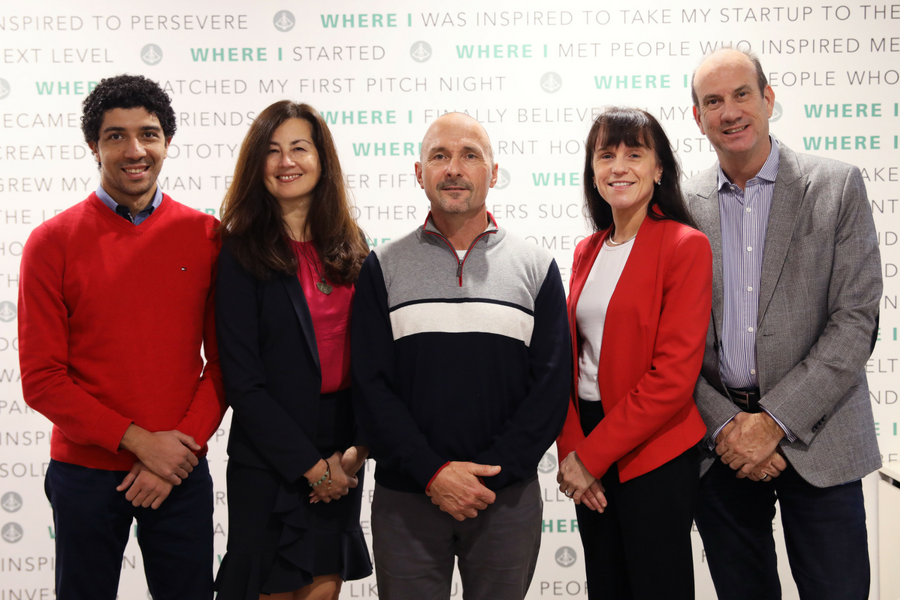 A number of Australian startups have, over the years, tried their hand at solving the problem of how to connect parents with quality carers for their children.

Sittr, for example, has developed an app that allows busy parents to discover, book, and pay for verified babysitters and nannies, while Hobart startup AirParents aims to make life a little easier for parents by connecting them to others in their local or school community who know how they feel and can lend a helping hand.

Another is Juggle Street. Cofounded by David James, CEO and Amr Elsayed, CTO in 2014, Juggle Street looks to connect families with ‘local helpers’.

The idea came to James out of a need his own family had faced; when he founded the business he had four children across daycare, primary school, high school, and university, with both he and his wife working.

“The family where both parents work – and single parents work – has become the norm, and it has become tougher and tougher to maintain a career and raise a family. With this shift the demand for local help just keeps increasing as working mums are being forced to outsource more and more of their childcare needs,” James said.

“Busy parents and local helpers do live on the same streets, they just don’t meet each other anymore.”

In terming those performing jobs through its platform ‘helpers’, James is adamant that Juggle Street is not a babysitting service. Rather, he said, it’s an “on-demand job platform build for many family jobs”, from before and after school care to nannying and, as of the last few weeks, home tutoring.

“It is designed to address multiple job occasions, not just babysitting and nannying; this is why we chose an umbrella brand name, Juggle Street,” James said.

With 46,000 ‘jugglers’ on board, the startup sees its target market as the 2.7 million families in Australia, and in particular 2.1 million working mothers.

The supply side, or the helpers, is made up of a few different groups. There is the ‘Always On Generation’, as James calls them, or 15-24 year olds looking to perform jobs for some extra cash, and then the stay at home mothers and empty nesters.

While bringing helpers on board was fairly straightforward, with word of mouth helping numbers grow, parent acquisition was somewhat harder, James admitted.

“Our market research and focus groups had identified the varying parent trust barriers, but it proved to be harder and take longer to break-down these trust barriers than we anticipated,” James said.

“For the first 18 months we targeted busy working mums face-to-face, through primary school fundraising events. We literally went from school to school, then suburb to suburb, then region to region across Sydney keeping a very tight grip on our geographic coverage.

“In hindsight, this was the single most successful strategy in getting Juggle Street up to critical mass.”

The startup kept this up across Sydney for three years before moving to expand into Melbourne last October. Further expansion has come swiftly: the startup expanded into Brisbane, Adelaide, and Perth over the first few months of 2018, and plans to launch in New Zealand in August.

To further ensure trust, the platform requires Working with Children checks from helpers and asks for comprehensive ratings and reviews.

“We also encourage families to contact other families to exchange recommendations about helpers in their neighbourhood,” James said.

The platform works by having parents and helpers browse the others’ listings, and then send each other connection requests. From there, parents can define a job, what is needed, and what they are willing to pay, with this job then sent out via SMS to the relevant helpers in their network who fit the criteria.

Helpers in turn can decide to apply for or decline the job, with the parent then confirming it.

The platform is free for both parents and carers to sign up to, with parents then able to pay to post – either $15 for a one-off babysitting job post that will be active for 14 days, or $45 for a ‘recurring’ job such as nannying or before and after school care that will stay active for 30 days – or buy a subscription to give them unlimited posts..

As it looks to expand into New Zealand and grow out its home tutoring arm, the startup recently added Hugh Bickerstaff and Marina Go to its board.

The makeup of Juggle Street’s board was something James put significant thought to; his previous startups had boards filled with a majority of non-executive directors, and he wanted to continue this Juggle Street.

“I believe it’s imperative the role of Chair is undertaken by one of the non-executive director and not an executive director, a common mistake made by many inexperienced CEOs. An experienced board of independent directors, and an independent Chair, can make clear objective decisions which is exactly what you need to guide a startup through its rollercoaster ride,” he said.

“Executives on the other hand are fighting in the trenches, which is a prerequisite with startups, but this makes it hard to see the wood for the trees. An independent board gives the company the framework to keep an eye on the big picture and at the same time ensure proper corporate governance is enforced.”

Currently working to close a $1.25 million Series A round, James said the funding will help get the company to breakeven and grow into New Zealand before looking to raise a larger round next year.

“These funds will be used to build out our technology team and invest aggressively in customer acquisition to propel Juggle Street towards 250,000 users and becoming a trusted household name.”

Previous article Small business lending fintechs sign on to Code of Lending Practice
Next article Interviewing new staff? Tips to keep you on the right side of the law
Via Profiles
Tags amr elsayedbabysittingbusinesscarerschildrendavid jameshugh bickerstaffinnovationjuggle streetKidsmarina goparentsstartupsworking mumsworking parents