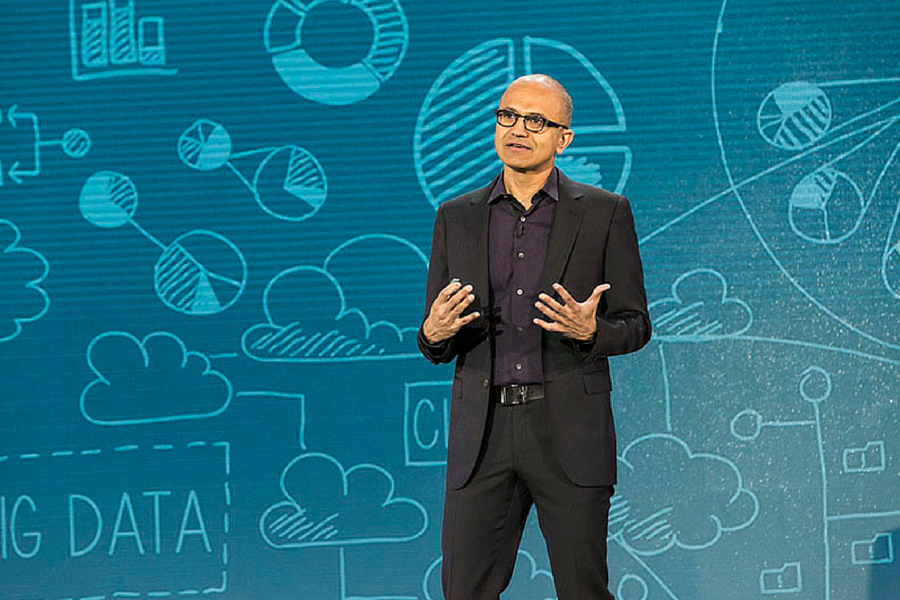 Today we’re talking cryptocurrencies as part of our ongoing collaboration with Fintech Australia.

And here’s the latest tech news from around the world.

Results in from Google’s parent company Alphabet, as well as software and PC veteran Microsoft, show they both had a cracking quarter to start the year.

Alphabet, Google and YouTube had massive beats on revenue expectations, which jumped 34% to US$55.31 billion, and earnings per share too, at $26.29. The business also spent $50 billion on stock buybacks

Google’s revenue matched the overall result, up 34%, with ad revenue at US$44.68 billion for the quarter. Cloud revenue came in at US$4.05bn. And YouTube ads delivered $6.01bn.

Microsoft’s revenue is up 19% in a small beat on expectations to US$41.71 billion, the biggest quarterly jump since 2018, in part thank to pandemic-inspired PC sales.  Sales in its cloud business, Azure, were up 50% the company said, without putting a figure on it. Earnings came in at $1.95 per share, adjusted. The company predicts Q4 revenues of US$43.6 billion to $44.5 billion.

If you’ve updated your iPhone to iOS 14.5 this week, you’ve received a pop-up privacy note on Apple’s iPhones asking if you want to let Facebook use tracking data on your phone. It asks you to consent to being tracked “across apps and websites owned by other companies” for advertising.

The social media giant is now at war with Apple but the company’s boss can’t say he didn’t see it coming, with The New York Times detailing the enmity between Mark Zuckerberg and Apple boss Tim Cook, tracing it back to a 2019 meeting where Cook told the Facebook founder to delete data collected outside its core app. Since that’s what powers Facebook’s US$80 billion ad empire, the advice was not taken on board. But the story is worth a read. ($)

Meanwhile, as Facebook prepares to release its quarterly results, Reuters reports that on analyst predicts the company would face a US$2 billion hit to revenue – a 7% decline – if 80% of iPhone users block Facebook from tracking them. Remember that time Facebook locked all Australian media companies out of the platform? Now they know how it feels.

We’ve got more on what’s going on here.

LA-based music rights marketplace Songtradr, which is backed by WiseTech’s billionaire founder Richard White, and last month was on the hunt for US$50 million, is already spending it, buying US music technology and data co, Tunefind, an online database music in television, film and video games. The platform powers the Billboard and The Hollywood Reporter TV Music Chart.

The price was not disclosed but CEO Paul Wiltshire, Songradr’s Australian founder is reportedly looking to IPO the company shortly.

Former government backbencher and bleach fan Craig Kelly, who now sits on the crossbench after parting ways with Team Morrison in favour of a bunch of coronavirus-related conspiracy theories, has been red carded by Facebook and lost his MP page with its 100,000 followers. He gets to keep his private page and Instagram account. For now.

The company had previously given him a time out warning in February over misinformation about the virus, including unproven treatments, but he pressed on with the same old tosh on return,

“We don’t allow anyone, including elected officials, to share misinformation about COVID-19 that could lead to imminent physical harm,” Facebook said in a statement, adding that Kelly’s page scored Ctrl+Alt+Del “for repeated violations of this policy”

The “outraged” 10-year politician, who regularly blocks constituents who disagree with him on social media, declared it was “completely unacceptable that a foreign entity can de-platform an Australian MP.”

The NSW government has kicked off public consultation on potential insurance options for gig economy drivers/riders.

Minister for Digital Victor Dominello said: “We want food delivery riders protected so that they do not fall between the cracks of our existing workers compensation and CTP schemes, and other private insurance arrangements,.”

Submissions are due by 5pm Friday, May 28.

Got a statement from Daystrom, the group auctioning the Basquiat NFT with the option to destroy the original drawing. It's a dooo00oozy: pic.twitter.com/SCu0y2dk3f

Previous article Apple’s latest iOS update has app tracking controls that threaten Facebook’s revenue. Here’s how it works and whether you should you use it
Next article How to make your startup a great place to work
Via Topics
Tags 90 second guide