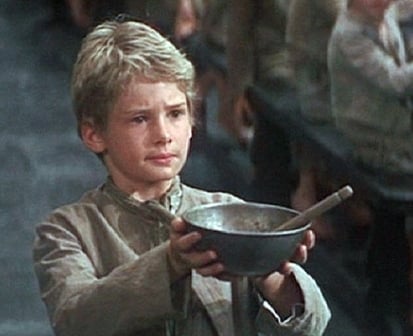 An Australian media executive appeals to the Senate for more from Google.

Sorry we’re a little late today but we got distracted watching the first day of public hearings by a Senate inquiry into the Morrison government’s plans to make Google and Facebook pay Australian media companies for news content.

As execs from the likes of Google, Facebook, Nine, News, The Guardian, ABC, and ACCC turned up to put their case and be grilled by the senators, it was probably the most entertaining streaming show we’ve watched since The Queen’s Gambit, with Google Australia boss Mel Silva threatening that the company will hold its collective breath until it burst in front of Parliament and that’ll teach them. More on that shortly.

Have a good weekend. We’re back on Monday before the nation celebrates a day off on Tuesday.

1. Google wants to take its bat and ball and go home

Startup Daily didn’t make a submission to the Senate inquiry into the proposed “news media bargaining code”, but we’re sympathetic to Google’s point of view that the code is unworkable. And plenty of internet experts agree, most notably Sir Tim Berners-Lee, the bloke who basically made the internet. Our point would be that if you replaced Google/Facebook with employer/company in the legislation, and instead of the media companies put in workers/unions, we’d imagine a conservative government would go absolutely ballistic over the laws proposed by Treasurer Josh Frydenberg.

But Google didn’t do itself any favours today when Australian MD Mel Silva told the inquiry they’d shut down Google search in Australia if the plan became law. We can’t wait to see the company walk away from the $4 billion plus in ad revenue the company already sucks up from the local market. More on the threat/promise/tanty here.

Website Distributed Denial of Secrets released 32 terabytes of videos, images and text posts from alt social media site Parler for download. The dump includes more than a million videos and one million images uploaded to Parler, including from the January 6 storming of the US Capitol Building in Washington DC.

Parler’s role in the riots saw Amazon Web Services dump the site while Apple and Google cut its app from their stores. More on the DDOS dump here.

Two weeks after it hit an all-time high of $US42,000 ($A54,000), having doubled in price in a month, Bitcoin’s slide has continued – yesterday it fell 10% to below US$32,000 after the new US President’s pick for Treasury, former Fed boss Janet Yellen sparked fears of a clampdown after she said cryptocurrencies are “mainly for illicit financing, and I think we really need to examine ways in which we can curtail their use”.

There were also reports of critical flaw in its blockchain that meant the coins could be spent by someone more than once.

Amazon offered to help US President Joe Biden with distributing Covid-19 vaccines across the nation.

Dave Clark, Amazon consumer CEO wrote to POTUS saying: “As you begin your work leading the country out of the COVID-19 crisis, Amazon stands ready to assist you in reaching your goal of vaccinating 100 million Americans in the first 100 days of your administration.

Let's try something to make it easy to follow other bootstrapped founder in Australia. #StartupAUS

Previous article Car Next Door CEO Will Davies shares his guide to remote working (and better meetings)
Next article Web inventor Tim Berners-Lee says the government’s news media bargaining code could break the internet, but there is a fix
Via Topics
Tags 90 second guide