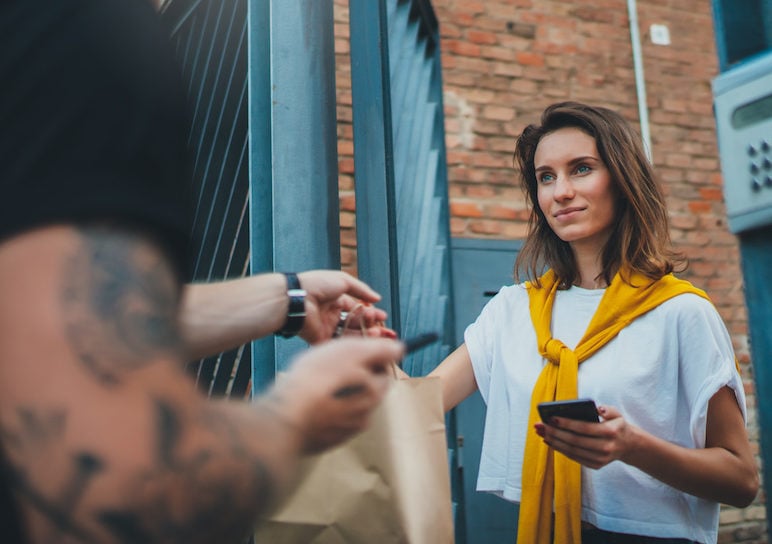 Welcome to Wednesday. Here’s some of the big news from around the world today.

Amazon.com Inc. could bank more than £107 million (A$193m) selling down part of its stake in UK-based Deliveroo Holdings Plc as part of the food-delivery startups public float.

On Monday Deliveroo began building its IPO raise, which includes £1 billion (A$1.8bn) in working capital and £770 million (A$1.39bn) for existing investors, including Amazon.

Deliveroo has reportedly asked existing shareholders to sell a small proportion of their shareholding in support the IPO. The company is expected to be valued at around A$16 billion.

Put down the glasses. There may be 89 years left to go, but we already have a winner for Understatement of the 21st Century, with digital artist Beeple (aka Mike Winkelmann), whose work was sold earlier this month as a non-fungible token (NFT) by Sotheby’s for $US69 million (A$91m).

He told the The New York Times’ “Sway” podcast the current clamour for NFTs was a bubble and “this stuff will absolutely go to zero.”

Comparing it all to the early days of the internet boom (remember 20 years ago?!) he thinks people will wake up some time down the track to just how nuts NFT prices are.

“Just making an NFT does not give it any value,” he said.

“There’s going to be a moment where we realise we got a little crazy and assigned insane value to crap.”

And speaking of crap, Twitter CEO Jack Dorsey, sold his first tweet as an NFT for more than US$2.9 million on Monday on blockchain social media platform Valuables. Bridge Oracle CEO Sina Estavi won the bidding. You may want to keep an eye on that company and name.

Harry gets a job

The Guardian reports that the Duke of Sussex hopes to use his own experiences using the “the power of transforming pain into purpose” to help BetterUp clients with “proactive coaching” and achieve “an all-round better life”.

The company says Tickstar’s technology provides Xero customers in Australia, NZ and Singapore with access to a well-established e-invoicing network that enables faster and more secure transactions, and support the continued delivery of Tickstar’s services through the Galaxy Gateway brand, alongside its consulting services.

The deal is worth up to  SEK 150 million (A$23M) comprising an upfront payment of SEK 60M, to be settled 50% in cash and 50% in shares in Xero, and subsequent earnout payments of up to SEK 90 million, with up to 50% of any earnout payment paid out in Xero shares. Completion of the transaction is expected in Q1 of Xero’s financial year ending 31 March 2022 (FY22).

Investors  include Eldridge, Valor Equity Partners, MSD Capital, Reinvent Capital, ArrowMark Partners, IVP, Eden Global and others. More than half of the top Fortune 50 companies use it and it’s also popular with the media.

The company said the funds will go to ramping up the corporate enterprise business line, and expanding its private and public sector sales footprint across Europe and the Asia-Pacific.