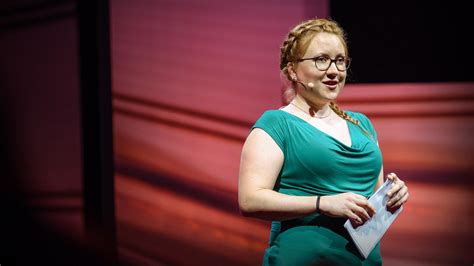 Hello and welcome to Tuesday.

eftpos has launched a fintech advisory committee in collaboration with FinTech Australia to give the startups a direct say in how to access and leverage the eftpos payments network in digital economy.

Seven leading fintechs – Assembly Payments, Azupay, Blueco, Meeco, Monoova, Paypa Plane and Verrency – have joined the committee which will involve a series of monthly workshop focusing on the eftpos digital roadmap and API programs, with recommendations to be submitted to the eftpos by mid-year:

eftpos CEO Stephen Benton said the idea for the committee arose from ongoing discussions with the team at FinTech Australia, at a time when the company was rapidly expanding in the digital space.

“The aim of the committee is to advise eftpos on ways we can build on our efforts to make it easier for fintechs to access the eftpos network and our products and services, in order to build their own businesses and payment experiences that can work across a broad range of connected devices in the digital economy,” he said.

Microsoft-owned LinkedIn wants to be the new Freelancer (or Fiverr, Upwork), with The Information reporting that the platform “wants to tap into a small but growing market for websites that connect primarily white-collar professionals, such as app developers and accountants, with businesses or individuals who want their services”.

Marketplaces will reportedly let LinkedIn’s 740 million users find and book freelancers, taking a slice of the job as commission along the way in a move that’s seen as an extension of its lawer marketplace, UpCounsel, acquired in 2019.

Google has fired the founder and former co-lead of its ethical AI team, Margaret Mitchell, who’d been vocal in her support of fellow researcher Timnit Gebru, who controversially parted ways with the company late last year.

In a statement to TechCrunch, Google said:

After conducting a review of this manager’s conduct, we confirmed that there were multiple violations of our code of conduct, as well as of our security policies, which included the exfiltration of confidential business-sensitive documents and private data of other employees.

Axios reported last month that Mitchell was in trouble for for reportedly using automated scripts to find examples of mistreatment of Dr Gebru.

More of the TechCrunch story here.

And no, the sector’s not taking it well (see Tweet of the Day below).

Seek co-founder Andrew Bassat announced during the ASX-listed company’s half-year results today that he’s stepping down as CEO after 23 years, moving to exec chairman of the company and more importantly, taking on the CEO role at  Seek Investments ESVs (Early Stage Ventures), which posted a $22.4 million loss in the 6 months to December 2020.

Announcing the changes, the Seek board noted that its Investments arm could “benefit from a greater degree of independence and focus”. Of course in moving to the role, Bassat follows in the footsteps of his co-founder brother, Paul Bassat, who resigned as co-CEO a decade ago to become a VC investor, co-founding Square Peg Capital.

More on the Seek changes here.

A week after Deliveroo lost a Dutch appeal over classifying their delivery riders as employees, the UK Supreme Court has ruled that Uber drivers are workers and not independent contractors. The claim was brought by former and current drivers and British unions was decided last Friday with five factors considered, including the facts that UBer fixes remuneration and contractual terms and constrains drivers on whether to accept ride requests.

The UK Employment Tribunal and the Employment Appeal Tribunal had already concluded as far back as 2016 that anyone working under the Uber app was on a ‘worker’ contract.

Coca-Cola Amatil announced today that it will power all of its Australian and New Zealand operations by renewable electricity by 2025. The company’s 2020-2040 Sustainability Strategy, sets out the CCA’s goal of net zero direct carbon emissions (Scope 1 and 2) by 2040 – 10 years ahead of emissions target the Morrison Government is still pondering.

…Google's treatment of their AI Ethics leads, boards, & teams shows that, far from centering the lived experience & perspectives of marginalized people, Google's willing to be especially HARSH toward women, Black people, disabled people, & trans individuals in the name of profit