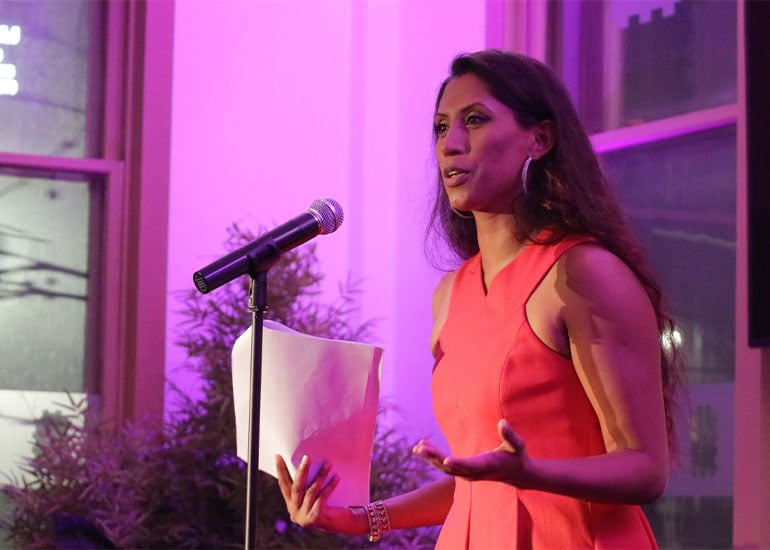 The Tech Diversity & Inclusion Council will advise on implementation strategies around YBF’s goals of diversifying the tech ecosystem.

Bonney is a diversity and inclusion expert and the founder of #ColourFULL – a conference and awards night created by women of colour, for women of colour and allies. The first #ColourFULL event took place in the Ballroom at YBF Melbourne and the relationship between YBF and Bonney has flourished ever since.

Bonney was awarded an Order of Australia (OAM) medal for her work in diversity and inclusion in this year’s Australia Day honours.

In addition to being a member of YBF, Bonney will become YBF’s Diversity & Inclusion Expert-in-Residence, providing community members a source of support around equity, diversity, and inclusion.

YBF’s CEO Farley Blackman said having someone with Bonney’s expertise as our D&I Expert-in- Residence is a huge asset to the YBF community.

“The startups and scale-ups that call us home will have an authority to speak with as they set out on their own journeys of building diverse and inclusive companies from an early stage. And, YBF’s board and executives will have an in-house advisor providing guidance as we continue to work toward our own goals,” he said.

Bonney described YBF as her second home: “A welcoming and grounded community doing great work collectively and a long-time cornerstone to our startup and tech ecosystem here in Australia. Through my thought leadership and expertise, I look forward to supporting YBF, its community, and the wider tech ecosystem to engage in more equitable and inclusive practices.”

Gender equality as part of culture

Inclusion through gender equality has been at the top of YBF’s agenda since late 2017 when Blackman became the CEO and YBF is also pleased to announce a strategic partnership with She Mentors.

Together, YBF and She Mentors will work together to support women in business in Australia.

Ali Adey, founder of She Mentors said: “It’s wonderful to be part of the startup culture at YBF. We’ve made some incredible connections and look forward to supporting their female founders.”

She Mentors will foster female entrepreneurship

She Mentors membership base includes professionals, business owners, coaches, consultants and corporates, all driven by a need to make a difference. It is now part of a unique member perks program at YBF Melbourne and YBF Sydney, offering female founders free one-month memberships to its unique mentoring program.

Adey said: “She Mentors is all about exchanging knowledge with other women in business. Each month, our members book a one-to-one Mentor Hour with anyone on the platform and swap skills, stories and insights. Our membership is fuelled by generous women who want to help each other succeed!”

“Supporting female founders is incredibly important to YBF and to Australia,” said Blackman.

“We’ve been driving Australia’s tech and innovation agenda since 2011 and know that there is still a gap when it comes to women in tech who make up roughly a quarter of the ecosystem. Partnering with She Mentors and connecting to their network of 20,000 women across Australia is another way to build a bridge to women in tech and let them know that YBF is here to help grow their startup or scaleup.”

Furthering that commitment to women in business, YBF announced that it is now home to Scale Investors––Australia’s first and only network of angel investors who invest in female founders.

Chelsea Newell and Samar McHeileh, co-CEOs of Scale said the team is so looking forward to being a part of the YBF community.

“We know the importance of a supportive network as a founder, in particular for female founders all too well, the opportunity to be a part of growing and supporting the YBF ecosystem is something we are thrilled to be a part of,” they said

Blackman added: “We’ve had a wonderful relationship with Scale Investors over the last few years and fully support their mission in investing in female founders. It’s fantastic to have the Scale team based out of YBF Melbourne.”