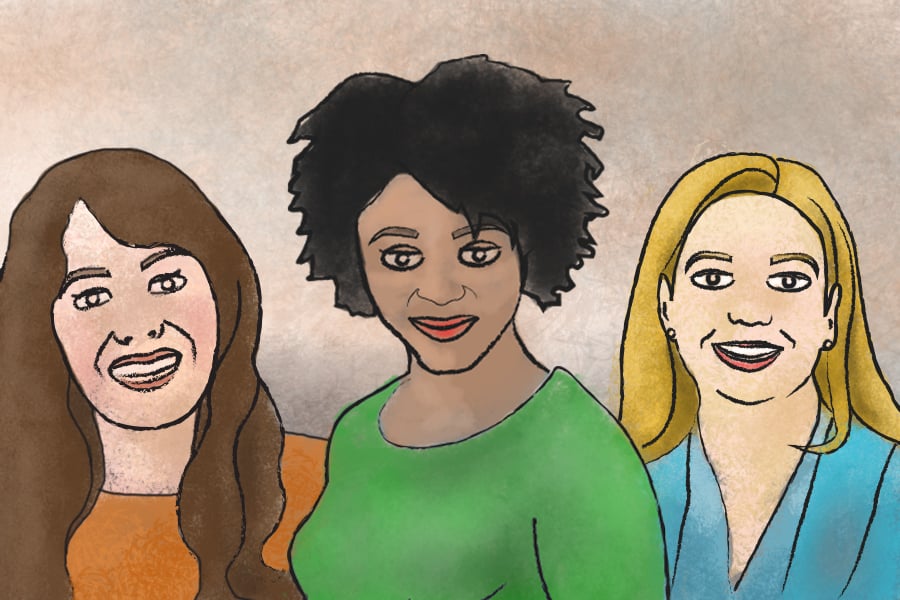 Last week saw my inbox fill up with emails about women, from the inspiring pitches about women kicking serious goals with their businesses, to the number-heavy pitches full of stats around how much women are paid (or not), how many women are in leadership positions (or not) and why – you get the drill.

The survey also highlighted the top three attractions to leadership roles by gender, revealing a couple of interesting insights.

The top attraction to a leadership role, for 43 percent of women, is to be able to support and mentor staff to reach their potential, while 38 percent stated it’s being respected for their knowledge and experience, and 37 percent highlighted the ability to expand their professional experience.

For 42 percent of men, meanwhile, feeling accomplished in their career was the top driver, while 36 percent highlighted earning a higher salary or other financial benefits, and being responsible for getting positive results.

Kathleen McCudden, HR director at Seek Group, said, “This provides insight about how businesses can position and advertise roles so they are attracting both men and women to apply for leadership roles.”

However, getting women to apply for leadership roles goes beyond the words and tone used in a job description.

Here, she said culture is a key factor: women want leadership roles and high-level jobs, Locaso said, but they don’t want the jobs in the structures they are being offered in, which are often old-school structures created for men with a wife looking after the kids at home.

As Locaso put it, quotas in isolation won’t attract women.

With that in mind, Seek’s research also highlighted key differences in what matters to men and women in a job.

Meanwhile, seven percent of women left their last job due to a change in their family situation, compared to two percent of men.

“The research shows women’s career choices are influenced to a greater degree by their family and home commitments than men,” McCudden said.

“Recognising this, businesses can look to structure roles so they are more accessible and sustainable for men and women, including those in leadership roles, to adapt to their work life to cater for family commitments, whether that’s offering flexible working hours, provision to work from home, or just having a less rigid working environment to allow for the best solution to suit each employee.”

However an organisation’s culture goes beyond flexible working; in considering leadership, Seek also highlighted key differences in the qualities workers value in their leaders.

Of course, there’s more to equality than boosting gender diversity – as many a printed shirt bought off Etsy can now tell you, if it isn’t intersectional it isn’t feminism.

Joining Locaso and Alberici on the panel at Salesforce, the Asylum Seekers Resource Centre’s Abiola Ajetomobi, ThinkChangeGrow cofounder Hiam Sakakini, and Independent MP for Sydney, Alex Greenwich explored how more can and must be done to improve diversity in terms of LGBTQ representation, opportunities and accessibility for disabled people, and what Australia can do to support asylum seekers and migrants.

Businesses must play a key role here, the panel said: Salesforce itself announced last year its commitment to closing its own pay gap internally, upping its payroll by $6 million, for example, while Sakakini explained how taking a simple co-design approach to a new product or solution can make something more accessible to a wider range of people.

As Google’s Sally-Ann Williams wrote, it’s all about one’s circle of control:

We all have things that are in our direct control, and we need to know it, own it, and use it to press forward for the changes we want to see in the world. No excuses allowed – when it’s in my direct control I am responsible and I can take action. And so can you.

Startup Daily as a media platform can play a key role: it is in our control to choose to shine a light on the good work being done in tech and amplify diverse voices, and on the flip side, call out bad behaviours that are harming or hindering the ecosystem.

While we’re committed to doing this, you as our readers also have a role to play. While my inbox was filled with pitches about women last week, every other week is much the opposite – but it doesn’t have to be. If you have a story to tell, get in touch at editor@startupdaily.net.