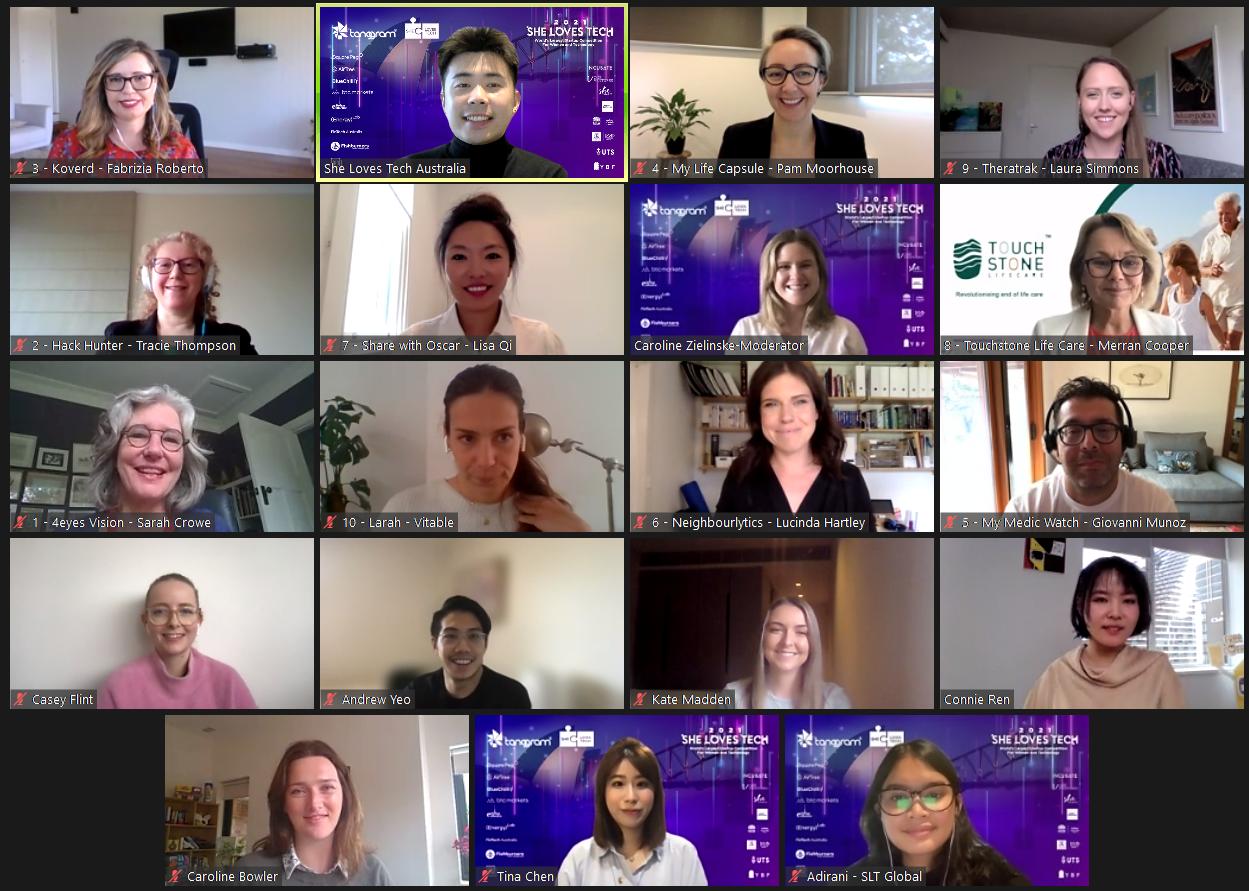 The She Loves Tech pitch night

Melbourne startup Neighbourlytics has been chosen as the female-led startup to represent Australia in the global She Loves Tech competition.

The venture, co-founded by Jessica Christiansen-Franks and Lucinda Hartley, is a data analytics platform offering insights on human behaviour and activity in neighbourhoods for planners and other urban decision makers to reach better decisions around building cities. It was chosen from 10 finalists in the competition at a virtual pitch event.

Vitable, an healthtech company which simplifies consumer health with personalised vitamin packs tailored to individuals’ unique goals, diet and lifestyle; and 4ize, a vision kit that contains everything needed for someone without prior knowledge of eyes or glasses to test vision and dispense customised, affordable glasses on the spot, were named first and second runners up.

Neighbourlytics will now attend a week-long founders bootcamp before pitching at the global finals.

“We are so proud to stand among these remarkable female founders and leaders — make sure you check out the incredible work they’re doing in the tech space”, she said.

“During the last year, we have seen many major cities in the world suffer from issues such as housing problems, public health and more. The ability of Neighbourlytics being able to leverage local data to benefit city planners to make smarter decisions efficiently and effectively  eventually benefit everyone in various aspects of their lives,” she said.

“There’s a huge market for what Neighbourlytics is offering, and it’s a model that can easily expand to other major cities.”

Ren revealed the strength of the 2021 finalists mean the judges took longer than previously to decide on a winner.

“Unfortunately, Australia does not yet have many industry leaders or role models who are female, and we hope that the amazing finalists this year will impact the whole ecosystem,” she said.

“And while She Loves Tech works to elevate female-led and targeted businesses, we believe anyone who finds a problem and has a passion to solve it should just go out and do it”.

The week-long boot camp  will take place at the end of October before the final round of the global competition, held during the She Loves Tech Global Conference, and will also serve as an investor demo day.

Startups have the opportunity to win up to US$50,000 investment and cash prizes.