Why we need International Women’s Day﻿ 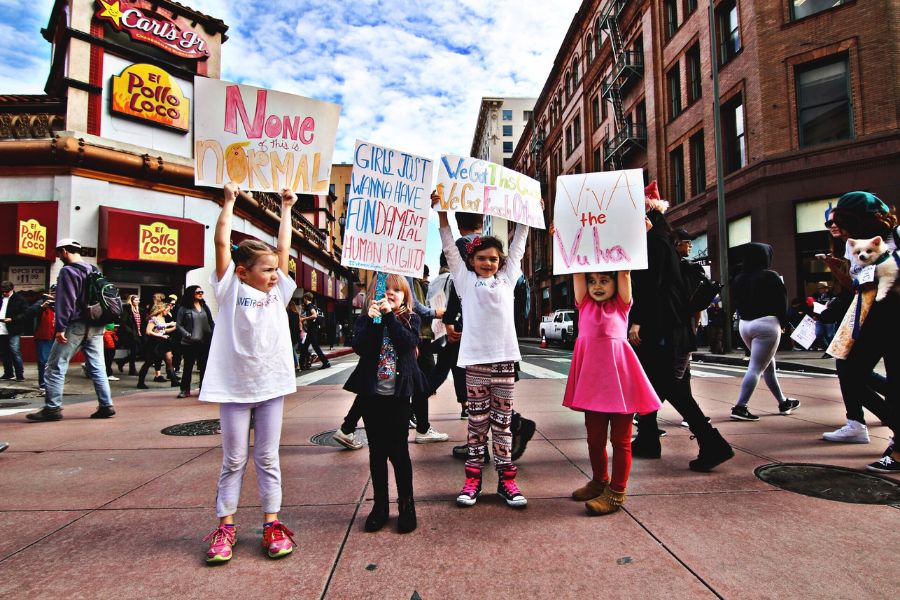 The principal at my all girls’ school had a saying she liked to trot out almost every assembly and speaking occasion: the school, she would say, aimed to turn us into “independently minded young women.”

It’s a line that my friends and I would joke about at the time and often still do, but almost 10 years on from graduation – almost, but not quite, thank you! – I look back at high school and think that it was often a wonderful place where my peers and I were encouraged to expand our minds, dream of becoming whatever we wanted, and supported in our efforts to achieve that dream.

It wasn’t until I left school that I realised the outside world isn’t exactly a haven where every girl and woman is always encouraged and supported to dream big.

In turn, International Women’s Day has come to mean a lot to me.

I see it as an important opportunity to celebrate the wins and achievements of women and be inspired by their work. As a woman in her mid-20s, I know there is so much I can learn from women who have come before me.

I also see it as an opportunity to come together to look at what still needs to be done and what steps must be taken to make it happen.

IWD represents an opportunity for us to celebrate the contribution women have made to our society culturally, politically, socially, and professionally.

However, it also encourages us as a society to critically review inequities and engender further change. While these inequities remain discernible, there is always more we can do, and International Women’s Day heralds that action.

IWD is about the journey of women everywhere, however, for me, the notion of paying-it-forward is critical. I’ve had a long, blessed career and have benefited from the sponsorship of extraordinary men and women in our market.

They demonstrated what it was to pay-it-forward and to propel me in my career and, I choose to do the same. I am committed to enhancing the journey of young female professionals and I am grateful to be a sponsor of the Junior Women in Investment Banking network, especially given that’s where I spent ten years of my career.

We are challenged to form our own caucus as a group of women and to support those who are at the beginning of their professional journey, however, in doing this, it is critical for us to enlist the support of  professional men who are generous and willing to champion women in our industry. It is a shared journey of empowerment, and of betterment.

I think we need IWD because there’s a disconnect between the publicly pronounced status of women and our real world status; people are happy to talk a big game on representation but they rarely take action to put representation on the front lines of their work.

How many VC funds will we see this IWD touting the importance of inclusion, while they offer partner track solely to cisgendered men?

IWD is an opportunity to push for actual change.

Gender equality will create a better world. It’s that simple. If democracy is the fairest way to run a country, we must have the voices of women heard.

To speak out fearlessly takes more courage than it should have to. If we want the best people doing the best job for our communities, 50 per cent can’t be afraid of the dark and be silenced by policies that either directly or indirectly disadvantage women.

Dedicated days remind us of how far we’ve come but also, how far we have to go.

This day gives us the opportunity to continue to reflect on where we are with this conversation.

IWD is important as it is a landmark for women and men who value merit, contribution and respect.

Recognising bias against women is the first step in behaviour change. If we cannot see the wider problem and how it impacts socially and economically on economies, communities, families and individuals then it’s virtually impossible to bring about change.

Having a global day to recognise the contribution of women gives us all an opportunity to share our stories, network and connect to other women. Seeing people like you who are succeeding and breaking new ground gives the whole community of women strength.

We should never underestimate the value of storytelling, positive and negative stories, as the catalyst for change. Having a network of supportive, generous and truth-telling women is the greatest asset a woman can have in life and in business.

Amy Walker, cofounder and head of growth at Cooperate

I think it’s fundamental for all minority workplace groups to be given the confidence they need to succeed in their chosen career, whether that’s women, men or specific ethnic groups. While I feel that having something like IWD is fundamental to help women bring balance, it’s also on us to help bring balance in other areas, such as diversity. And balance is something that women do help bring to a workplace, in many different ways.

The benefits of greater diversity have been proven, and that’s diversity through gender, personality types and cultural and ethnic backgrounds. I like to see IWD as one step towards achieving our greater goal-true balance and equality in the workplace from top to bottom.

IWD is important for:

For women who may be struggling to get that promotion or motivation to get back into the workplace, a day dedicated to celebrating successful women is vital to inspiring those females lacking the resources or access to resources to hopefully get engaged and inspired to take that next step.

Similar to the above sentiment, a day showcasing successful women empowers women to know they can pursue their dreams. Success looks different to everyone. For some, it is a position on a Board of Directors, for others it may be starting a small business of their own. IWD celebrates and showcases all different types of success for women. This opens people’s minds to what is possible.

Often we don’t know where, who or where to go to for resources on making the next step in our career; or no idea if we need advice on challenges we are facing.

IWD opens up access to resources that women may not have had any idea existed. It also helps organisations to showcase what they are doing to further women’s careers in their organisation – again, employees may not have known programs were available to them without a day / week dedicated to highlighting this.

We’re still “catching-up” as it pertains to female equality in the workplace. Often males and male leaders are busy and not aware of how large this inequity is.

IWD gives us the opportunity to highlight this to many male leaders who have the position to help promote and introduce initiatives in their organisations that will help close the inequality gap.

IWD allows every organisation and leader the opportunity to learn and understand what other organisations and countries are doing to help close the inequality gap.

Image: by Nicole Adams on Unsplash