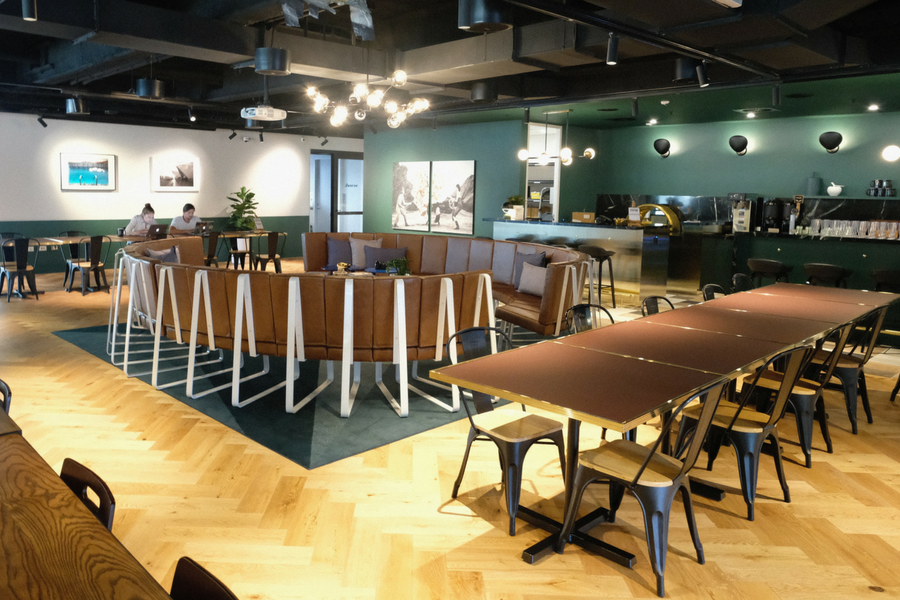 As any aspiring homeowner in the city will tell you, space is always at a premium in Sydney, but for startups the amount of coworking space available has never been greater, with US$16 billion coworking giant WeWork today officially opening its first Australian premises in Martin Place.

With dedicated desks setting residents back $850 a month and private offices starting at $1,150 for one person, the coworking space takes up three floors of the renovated Money Box building at 5 Martin Place, which also houses Dropbox Australia and sits a stone’s throw from every major corporate player in Sydney.

It will be able to accommodate over 700 new members, who will join the 70,000-strong global WeWork community. The organisation stated that these new members will be supported by a Community team of office managers, event planners, and ‘business matchmakers’ who will encourage collaboration.

Despite the fact that just 15 percent of WeWork’s space globally is used up by shared desks, with the majority of residents taking up private office spaces, the organisation is known for its community feel and collaboration, pushed by its team and the events they run, as well as office design.

Headed up by Balder Tol, former general manager of Tank Stream Labs, the Sydney community will grow further in a few months’ time with the opening of the second WeWork location at 100 Harris St in Pyrmont.

As Fishburners gets set to move from its own digs on Harris St over the coming months, the WeWork space is set to opening in November and will house more than 1,800 new members. Desks at Pyrmont will set members back $550 a month.

With WeWork’s new spaces able to accommodate a number seemingly larger than the entire Sydney startup community itself, much of WeWork’s space will surely be taken up by bigger companies: according to the Wall Street Journal, 10 percent of Fortune 500 companies rent space at one of WeWork’s 99 global locations, with 16 WeWork members taking up 100 desks each. The company states that firms with 15 or more people are its fastest-growing customer base.

As such, it will be interesting to see what kind of membership base WeWork develops in Sydney. Existing startup coworking spaces Fishburners, Stone and Chalk, and Tank Stream Labs are well-entrenched in the local ecosystem.

These spaces – Stone and Chalk in particular – also have corporate partnerships that provide significant value to their residents in terms of helping them achieve the business goals they are trying to hit.

WeWork is set to start running events at Martin Place this month.