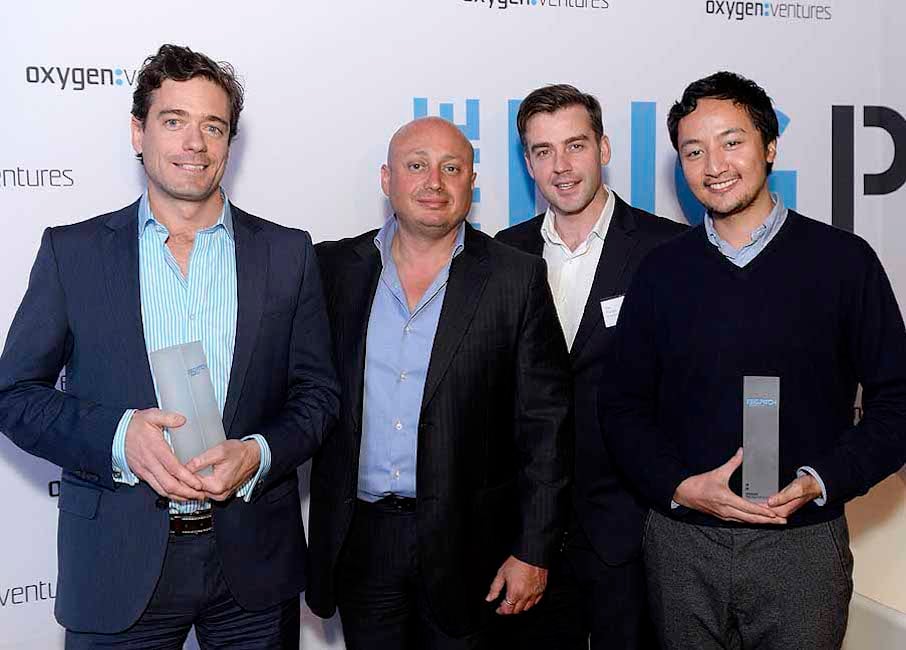 WeTeachMe and ECAL, two Melbourne-based startup companies have both taken out the top gong in Oxygen Ventures’ inaugural The Big Pitch event, with judges deciding they were unable to split the two finalists.

ECAL and WeTeachMe will now share in the up to $5 million funding round. The details as to the exact amounts each startup will receive have not been revealed yet. But both startups and their founders are excited about moving to the next phase of development with the support and mentorship of the Melbourne investment company headed by entrepreneur Larry Kestelman.

Five finalists competed to win a panel of judges’ approval in front of a capacity crowd of over 300 at Melbourne’s Deakin Edge theatre in Federation Square last night. Over 350 applicants had lodged formal applications for consideration, and the calibre of the entries made narrowing down the shortlist very difficult. That task was made even harder when it came time to choose the best pitch.

“The judges had a discussion that can only be called ‘robust’ when it came to choosing a winner,” Mr Kestelman joked prior to the announcement. “As we’d pledged to fund a winner up to $5 million, we have decided to fund both ECAL and WeTeachMe, and we pledge to take them both to a global market.”

ECAL describes itself as the world’s most advanced calendar marketing platform, offering its marketer clients an innovative way to reach consumers via their personal and work schedules, while WeTeachMe is a community marketplace to list, discover and book for in-person courses and classes. CEO and founder Kym Huynh said that WeTeachMe’s proven business is poised for strong growth here and overseas, and that winning funding and recognition via The Big Pitch will be a great help.

Mr Kestelman told the assembled crowd and finalists that all five companies were chosen to present because Oxygen Ventures believed in them and their business models, and assured the three that did not win on the night that he remains very interested in investment options.

Last night I spoke to a number of people that attended the event, and the overwhelming consensus was that us far as pitching competitions go, and startup events in Australia in general, The Big Pitch was a clear winner. From the location to the smooth running of the event, many people used the words ‘high class’ and compared it to a long running event you would expect to see in a location such as Silicon Valley.

The Big Pitch is intended to be held on an annual basis, which seems assured. Organisers and sponsors are greatly encouraged by its immediate success and 2015 promises to bring an even stronger selection of up and coming entrepreneurs.