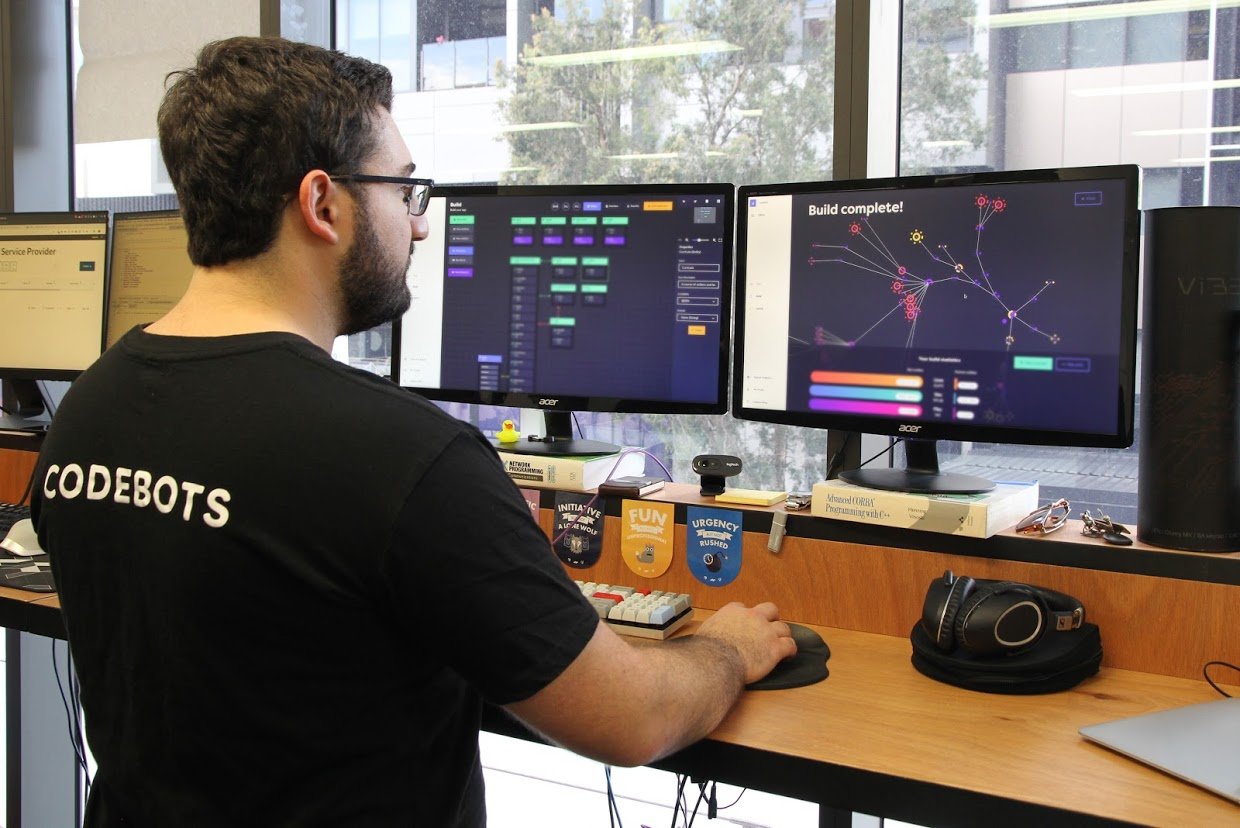 Brisbane-based mobile and web development platform Codebots has raised $1.4 million in Series A funding to expand the platform and continue its global expansion.

Codebots was named the 2018 Queensland Startup of the Year at the national iAwards and earlier this year launched in Singapore.

Codebots has developed software robots that can write over 90% of an application’s code to help automatically update legacy systems.

CEO and founder Dr Eban Escott says legacy systems are the number one global contributor to a loss of business agility.

“Our focus now is to partner with experienced software development delivery teams, and make continuous modernisation universally achievable,” he said.

Evolution Financial’s Lead investor Brad Stewart believes Codebots is going to change the way the world thinks about business and technology. The VC firm, fresh from the success in backing EcoFibre, which listed on the ASX in March with a market cap of $300 million, only to see the $1 shares leap above $2, thinks the AI driving Codebots will become an essential business tool.

“The rapid pace of technological transformation in the last couple of decades has sparked conversations and fear that AI will eventually replace humans in all aspects of work,” Stewart said.

“Codebots is eradicating such theories, leading the world down a path where humans and bots work together to create ground-breaking solutions for complex business problems.”

Previous article A VR company that gives property buyers a walk through their future home just landed a $750,000 seed round
Next article Thousands of Google Play apps could be fakes used to steal your data
Via Topics
Tags codebotsseries a