WATCH: The changing landscape for women in Australian tech 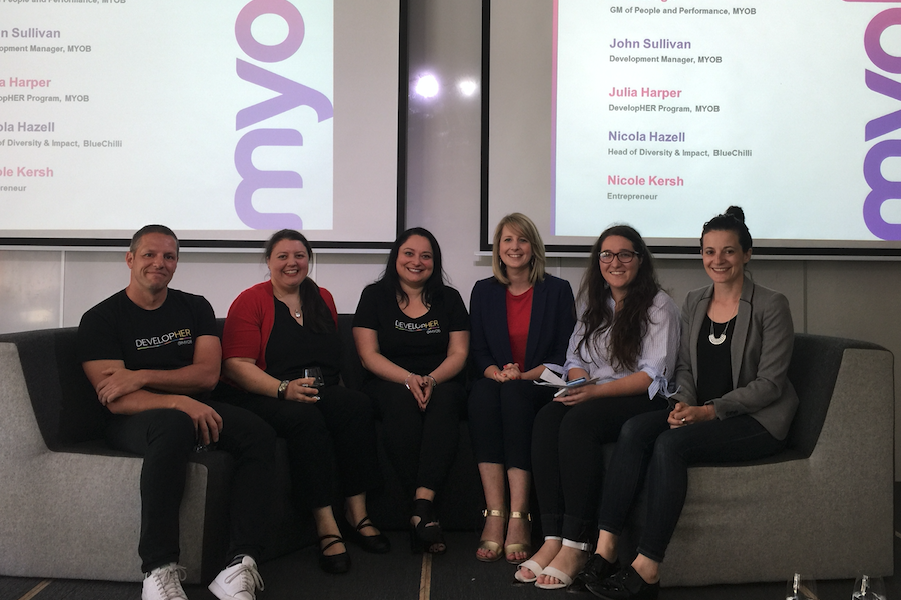 Of course, there is still more to be done. To explore the path forward, MYOB last week partnered with Startup Daily to host a panel on women in tech at the Michael Crouch Innovation Centre at the University of NSW.

We learned from Alla Keogh, John Sullivan, DevelopHER intern Julia Harper, Nicola Hazell, head of diversity and impact at BlueChilli, and entrepreneur Nicole Kersh what the current landscape is like and what else must be done to pave a way forward.