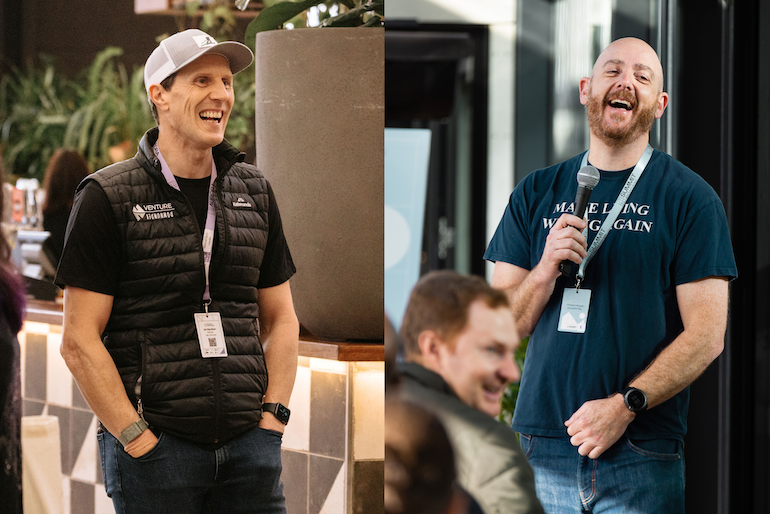 Innovation Bay, the longest-running community for technology startups, scale-ups and investors in Australia and New Zealand, is launching in Queensland in 2023.

Horizon, the 20-year-old organisation’s angel investor community, has Sydney and Melbourne chapter collectively investing in over a dozen of the country’s most exciting tech companies.

In keeping with founder hustle, Horizon will hold its first investor day in Brisbane on February 15-16, with three Queensland-based startups, chosen by Innovation Bay, making the pitches on how they’ll change the world.

Phaedon Stough, Innovation Bay’s CEO and cofounder said they were thrilled to be opening up to members based in Brisbane and Queenslands at large.

“Innovation Bay is coming into our 20th year in 2023 and we’re so thrilled to be officially widening the scope of our community to Queensland investors and founders,” he said.

“On the founder side, we’re seeing a heap of awesome potential coming through from the region and we’re tapped into the investors there as well. There’s so much to look forward to and as we open up to agnostic deal flow, we know we’re going to see so much more in the way of exciting deals.”

Stough said that until now, Innovation Bay pitch events heard from startup founders within a predefined vertical – be it proptech, healthtech, edtech or fintech.

Next year they’ll move to constant agnostic deal flow and are now accepting applications to pitch from any sector, in any location nationwide, at any time.

On top of that, Innovation Bay’s venture capital community, known as Aurora,, will take around 100 of the country’s best and most active VC’s to the Gold Coast for their annual Aurora Retreat.

“In a partnership between Innovation Bay, Advance Queensland and the Office of the Queensland Chief Entrepreneur, the retreat will incorporate a startup showcase where a select group of founders of the region’s most promising companies will have their chance to pitch to the VC community, plus a handful of South East Queensland’s most dynamic high net worth investors,” Stough said

“Innovation Bay and Horizon supercharged my founder journey by connecting me with incredible mentors and investors, allowing me to raise 600k in a very short-time period that would have otherwise taken me 6-9 months on my own,” she said.

Founders from any sector looking to raise are encouraged to set up a Dealum profile and apply to pitch to Innovation Bay’s investor communities.

While Queensland is the focus from now until March, Stough said Innovation Bay’s deal flow funnel is always open and taking applications here.