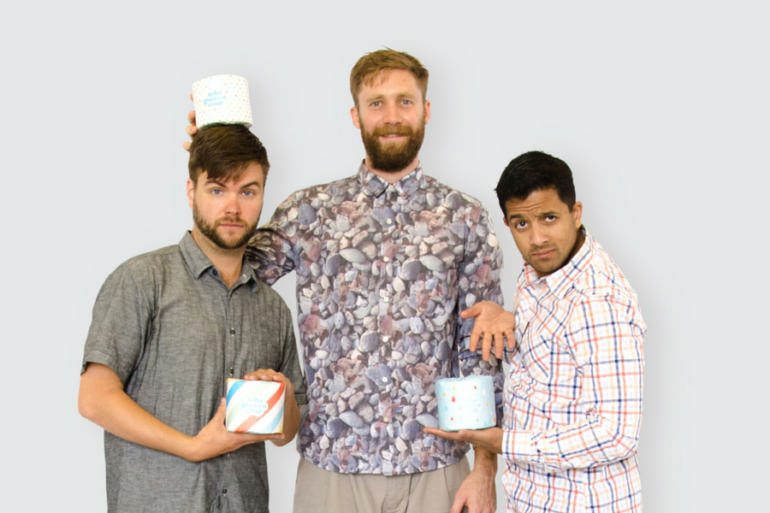 If you saw Giant Leap’s recent ”Theory of Change” piece and your first thought was “They’re going too deep on coins”, we got you.

This week we went back to square one on the Theory of Change covering the what, the why, and the how. In short, it’s your impact mission and roadmap in under 100 words. Check it out here.

Biotech to techbio. With accelerating technology and computation power, the field of biotech – solving life sciences problems like drug discovery and precision fermentation – is shifting towards a tech-first approach, dubbed “Techbio”. While biotech companies start with the science, working in labs and coats, a techbio startup will start with the frontier tech or AI/ML models to solve research inefficiencies and increase surface area for discoveries. Examples include the recently funded Inventia Life Science (podcast here), which 3D prints human cells to test cancer treatments, or Insilico Medicine, which recently used AI to design a drug from scratch in less than 18 months (this process takes the average researcher 9 years).

Doctor Do-lots. Doctors are in short supply right now, with wait times for GPs almost doubling since pre-pandemic times. Yet 40% of a doctor’s day is spent doing things other than doctor-ing, like clerical tasks or documenting findings (compiling a report for an autism diagnosis takes up to a week per patient). That’s a lot of wasted doctor, and only exacerbated by overloaded schedules pushing them into the burnout zone, with up to 60% of emergency medicos reporting endgame exhaustion. Yes, we need more doctors – but unlocking that 40% of a doctors’ day to focus on medical work is a short term impact leverage point to improve the health of the health system.

Cooler health heads. As investors in healthcare, we’re not the only ones thinking about these topics. In their H1 2022 funding breakdown, Rock Health reported R&D (i.e. biotech/techbio) took the #1 spot for the second year in a row and non-clinical workflow tools moved up from bottom spot to #4 out of 6. They also confirmed 2021 was an anomaly year, with over US$30b invested doubling the previous record, while 2022 has seen a return of cooler heads, smaller round sizes, and more focus on business fundamentals.

Over in climate land… Solar, batteries, data and EV’s dominated the US$26.8b invested into climate tech in H1 2022. Meanwhile, Qantas Super announced it is tipping $100m into the Clean Energy Finance Corporation.

A stark reminder on the gender pay gap. KPMG reported the current Australian pay gap represents $1b per week, with a 6-18% gap increasing as the roles get more senior. The report went on to detail that even in women-dominant sectors, such as education and training, they still hold less management positions.

Using tech for good? The new Fishburners Tech For Good Awards are open for entries. Get yours in before Sunday, July 31.

The next generation of Angels. Samuel Sentogos, a cybersecurity expert turned angel investor, is seeking generational change and representation of the black community by backing startups.

3D printing inside the body: Researchers at Concordia University have developed a form of liquid plastic that solidifies when it’s hit by body-penetrating sound waves. They are pioneering a new form of 3D printing that could eventually be used to replace invasive procedures to place implants and other bone replacements.

World’s deadliest cure. A new heart-focused drug developed from the venom of the K’gari funnel-web spider is about to enter clinical trials. The ultimate aim of the new medicine is to become another tool first responders can use to prevent further escalation and damage from either a heart attack or stroke.

Daily razors for the mind. Some good “razor” principles for choosing paths through life.