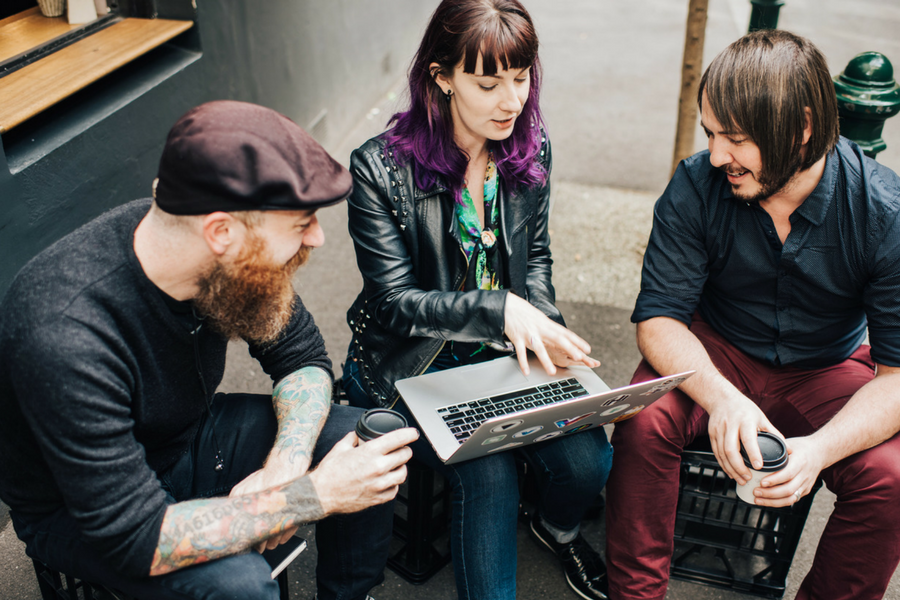 However, the latest Venture Pulse report from KPMG International called the decline a “temporal aberration”, reflecting a global trend throughout the fourth quarter of 2017.

While the number of deals may have fallen, a handful of local startups raised large rounds throughout the year; significant rounds raised in the final quarter of 2017 include the $33 million in Airtasker and the $19.5 million by Spaceship.

According to the report, over 70 percent of all venture capital invested worldwide through 2017 was concentrated in rounds of US$25 million or more, highlighting the effect SoftBank’s $100 billion Vision Fund has had on the market.

“The speed of growth has been coupled with an evolution in how investors approach startup ventures, with a shift towards pre- and post-series A funding,” she said.

“At the same time, we are seeing increasingly sophisticated Australian startups scaling on the global stage. With seed and angel funding still a vital part of our startup ecosystem, we are hopeful that the decline in deal number is a temporary shift rather than a major structural change in the VC market.” 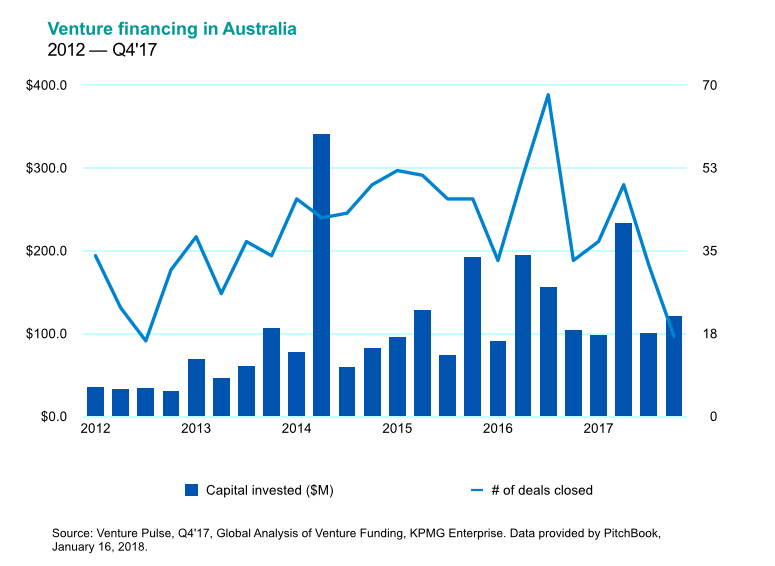 Corporate involvement in VC deals also rose, with US$26.5 billion invested in associated deals in Q4 to make this the second highest quarter of corporate venture capital recorded.

With Canva having kicked off the year with a US$40 million round that pushed its valuation up past the billion dollar mark, Price believes 2018 will continue in line with 2017.

“The applicability of innovative technologies, whether AI and machine learning or blockchain, to different sectors will likely keep investors focused and investment high regardless of any pauses among specific industries,” she said.

“With many Australian VCs continuing to deploy capital and more funds being raised, we expect 2018 to continue to see strong activity in startup funding.”

To borrow a phrase from Prime Minister Malcolm Turnbull, there’s never been a better time for VC funding in Australia: Airtree Ventures in 2016 raised a $250 million fund, Blackbird Ventures is reportedly raising between $250 million and $350 million for its third fund, and the CSIRO has started investing from its $200 million fund via fund managers Main Sequence Ventures, to name a few funds.

It will also be interesting to see what effect the opening up of equity crowdfunding to retail investors will have on startup funding throughout the year.

Having gone live with a crowdfunding offer almost as soon as it was announced that intermediary platform Equitise had been awarded a license from ASIC, digital bank Xinja raised $500,000 through the platform in less than a day.