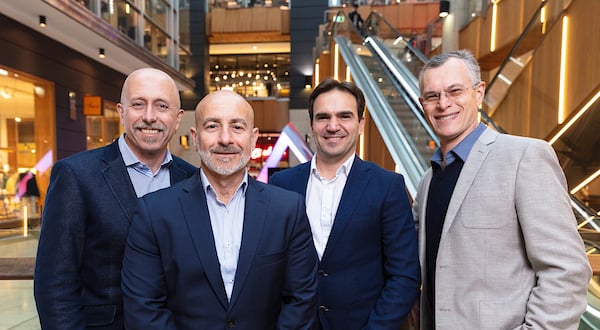 It’s the third investment, alongside MadeComfy and Dresden Vision, by Investec’s Emerging Companies (IEC) fund, which focuses on Australian and New Zealand emerging companies valued at between A$10 million and A$200 million. The fund’s investment committee includes former ANZ LinkedIn MD Cliff Rosenberg.

The South African-founded UK-based financial services firm has been busy in Australia under CEO Milton Samios, having launched the Australian arm of Investec Bank plc at the start of the financial year, giving local clients direct access to the balance sheet of the company’s UK parent.

IEC Fund Co managers David Phillips and Hein Vogel were joined by high net worth individuals in what’s the very first capital raise for the the software-as-a-service business.

Vogel said Fusion Factory and the Comestri platform are a sound investment choice for Investec.

“They’re a decade-long ‘overnight’ success which has built a strong client base and reputation in Australia’s retail industry,” he said.

“This opportunity will now open doors globally – we’re confident of further international growth for this promising Australian tech company, particularly in the UK where Investec has a very strong presence.”

Comestri is a commerce hub that helps merchants manage and enrich multiple sources of product information to use across independent sales channels, for example ecommerce platforms  such as BigCommerce, Magento, and Shopify, plus marketplaces such as Amazon, eBay, The Iconic, Catch, as well as social media, email marketing platforms, distributed order management systems and drop ship.

Nesci said the capital raise will be used to expand operations locally and into Europe, the UK, the US and Asia.

“Our Comestri SaaS platform is a market leader for retailers who are looking to deliver unified commerce to their customers,” he said.

He added that the company recently locked in a strategic partnership with international online retailer MySale Group, which has brands in Australia, New Zealand and South-East Asia.