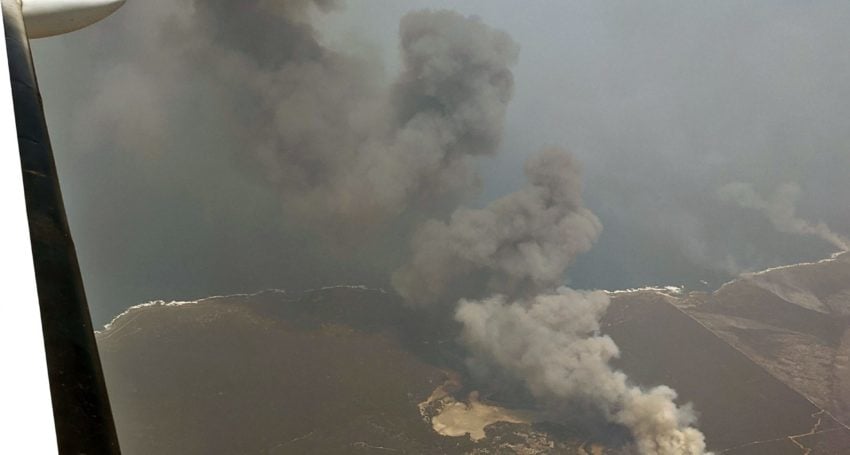 New real-time aerial mapping used to help the Australian Army in the devastating South Australian bushfires is being deployed to support the Californian fire season.

The technology developed by Adelaide company FireFlight was tested at the Kangaroo Island fire front using a single engine Piper aircraft flown at 10,000ft so its images could help the army plan recovery and relief operations. On the 9th January 2020, the Kangaroo Island fire was pushed towards Vivonne Bay. The town and nearby region had already been evacuated. The two images (above and below) show the fire three hours apart, at 1400 (2pm) and 1700 (5pm) local time. These images show the extent to which the fire moved and grew in that short period of time.

“It means there can be multiple systems across the state.”

The company was now finalising technology leasing contracts with a Californian company based outside of San Francisco that works with the state’s fire and government agencies, along with another company in Canada.

Both countries are approaching their own fire seasons with Dr Dare saying the technology being commercialised through FireFlight can be used day or night and can also detect remaining hotspots once fires pass. 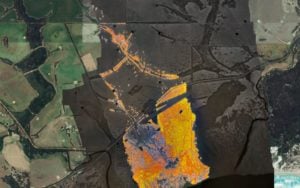 “We are leasing to clients so that at the end of the fire season we can get the system back in and have it refurbished and ready for the next fire season, technology is moving so fast we need to be constantly upgrading,” Dr Dare said.

Fireflight systems are cheaper than the traditional approach to fire mapping that involves a small number of high value assets, and its systems are shipped from Australia and

Dr Dare, who is a former volunteer firefighter in the Adelaide Hills, an airborne imaging specialist and a pilot, began working on the technology 15 years ago.

Fireflight technology was commercialised more recently after the company was part of the Venture Catalyst Space program at the University of South Australia’s Innovation and Collaboration Centre.

“During my time as a volunteer firefighter, I could see the impact that climate change was having on the frequency and severity of bushfires in Australia and overseas, which is when I decided to use my skills as an airborne imaging specialist to develop a fire mapping system,” Dr Dare said.

“I understand the need on the fire ground for accurate intel and data.”

He said Fireflight was not designed to compete with the existing small number of high value assets, it was meant to be a complementary system.

Australia’s first space industry incubator the Venture Catalyst Space program is now opened for applications for it third intake from June to December and is looking to help international companies break into the space sector.